Banksy has confirmed that he was behind an artwork that appeared on a wall at HM Reading Prison earlier in the week. The notorious Victorian gaol best known for Oscar Wilde’s incarceration has become the latest mural in his politically charged archive.

It’s no coincidence that the stencilled painting depicts an escaping prisoner shimmying down a rope made from a roll of paper held straight by a typewriter. This is an obvious reference to Oscar Wilde and the unveiling of the art coincides with LGBTQ+ history month. 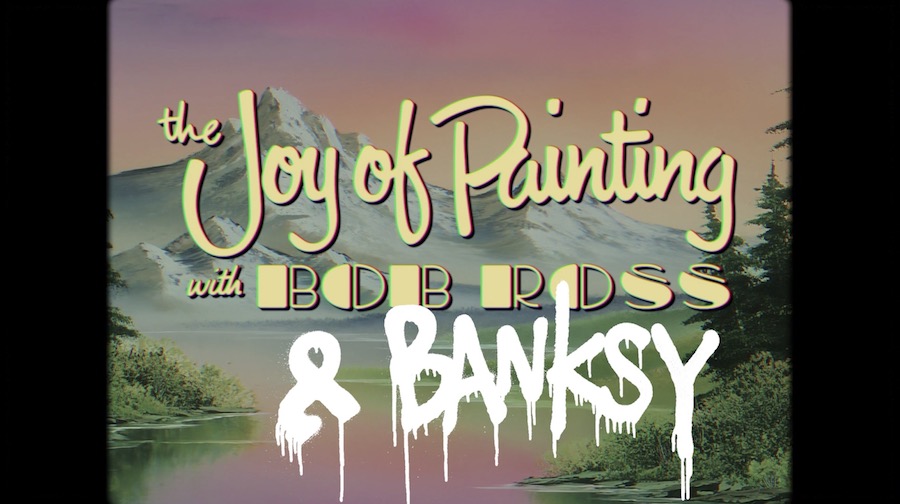 Campaigners have continued to lobby for the former jail to be turned into an arts centre rather than being sold for housing. The elusive artist confirmed the work through a video on his Banksy.co.uk website, the artist’s official authentication source.

Create Escape – the film on his website includes narration by the American painter Bob Ross who has had a major comeback for his easygoing 1970s art instruction. Something that has amused millions during lockdown.

“We are aware that Banksy has confirmed he is responsible for the graffiti,” a spokesperson from The Ministry of Justice said. “We are considering the next steps and will provide an update in due course,” it added.

Banksy’s association with the building suggests he is onboard and backing the campaign to save the prison. The Council added, “We are thrilled that Banksy appears to have thrown his support behind the Council’s desire to transform the vacant Reading Gaol into a beacon of arts, heritage and culture with this piece of artwork he has aptly called Create Escape.”

“The council is pursuing the Ministry of Justice, who owns the site, to make suitable arrangements to protect the image.”

Matt Rodda, the Labour MP for Reading East, said there was a “growing sense of excitement” in the town since the artwork had been confirmed as real.

Banksy’s stencils feature striking and humorous images occasionally combined with slogans. The message is usually anti-war, anti-capitalist, or anti-establishment. Subjects often include rats, apes, policemen, soldiers, children, and the elderly. They are highly charged and usually political by nature. Banksy is an anonymous graffiti artist from Bristol, who uses subversive epigrams and dark humour to provide political and social commentary on streets, walls, and bridges of cities throughout the world. Banksy’s work grew out of the Bristol underground scene, which involved collaborations between artists and musicians. Banksy authentication and artist enquiries or reports of stolen work should be directed to Pest Control.