The reclusive Street Artist Banksy has pledged millions of pounds to purchase Reading Joal (famous for Oscar Wilde’s incarceration) and turn it into an art centre. The artist has pledged £10m towards the asking price raised by selling the wall mural that he painted on the Grade II-listed building last March.

Pest Control, Banksy’s authentication board said; the pledge of the funds was dependent on the MoJ awarding the bid to Reading Borough Council and the jail being turned into a centre for the arts. The street artist said: “I had very little interest in reading until I was on a rail replacement bus service that went past the jail.

Banksy stated, “Converting the place that destroyed him [Wilde] into a refuge for art feels so perfect we have to do it.” The Ministry of Justice (MoJ) said: “The deadline for bids has passed.” However, it added: “We are currently considering the ones we received.”

“It’s rare to find an uninterrupted 500m-long paintable surface slap bang in the middle of a town; I literally clambered over the passenger next to me to get a closer look. “I promised myself I’d paint the wall even before I knew what it was – I’m passionate about it now, though. “Oscar Wilde is the patron saint of smashing two contrasting ideas together to create magic. Converting the place that destroyed him into a refuge for art feels so perfect we have to do it.”

The Labour MP Matt Rodda, Reading East said; “This is an incredible boost to the campaign” to save the prison from developers. He said: “Banksy has been incredibly generous and this is the best Christmas present Reading could wish for.”I’ve been speaking to Banksy and his team for some months now and I’m impressed with his commitment to saving the prison. “He really sees the potential in this important historic building, which not only has links to Oscar Wilde but is built on top of the site of the former Reading Abbey, where King Henry I was buried.” 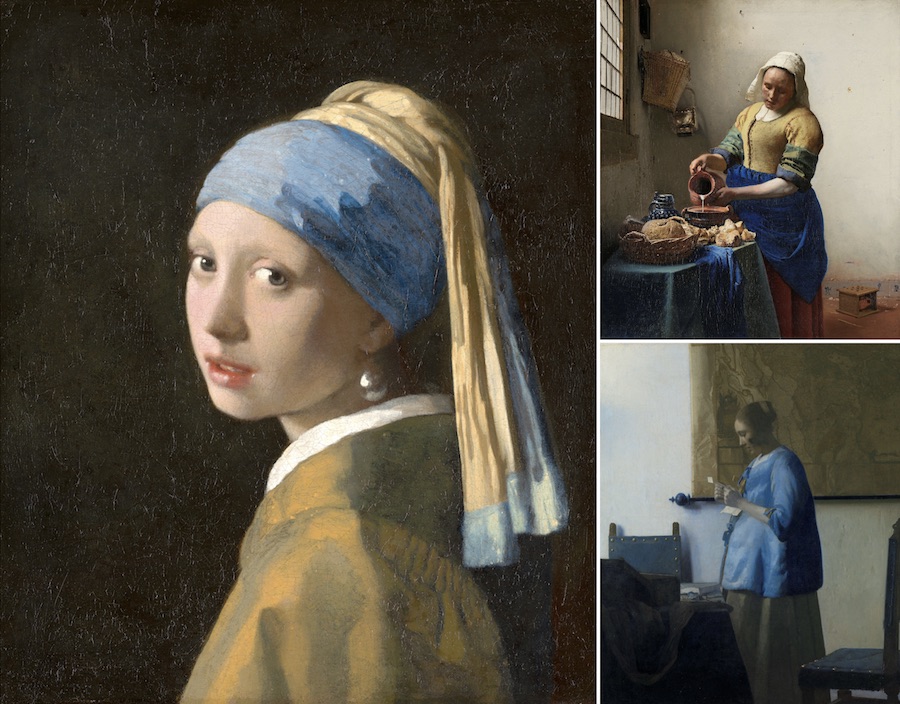 The Rijksmuseum, the national museum of the Netherlands, has announced the most extensive retrospective exhibition ever mounted of the 17th-century painter Johannes Vermeer for the first time in its history. With loans from all over the world, this promises to be the largest Vermeer exhibition ever. The Rijksmuseum itself has four masterpieces by Vermeer, including the world-famous Milkmaid and The Little Street. The show is a collaboration between the Rijksmuseum and the Mauritshuis in The Hague. Preparations for the exhibition are currently underway. Both museums will conduct research into Vermeer’s artistry, his artistic choices and motivations for his compositions, as well as into the creative process of his paintings.

The Rijksmuseum’s exhibition in 2023 will include masterpieces such as The Girl with a Pearl Earring (Mauritshuis, The Hague), The Geographer (Städel Museum, Frankfurt am Main), Lady Writing a Letter with her Maid (The National Gallery of Ireland, Dublin) and Woman Holding a Balance (The National Gallery of Art, Washington DC). Works never before shown to the public in the Netherlands will include the newly restored Girl Reading a Letter at the Open Window from the Gemäldegalerie Alte Meister in Dresden. The Vermeer exhibition will be on view from 10 February to 4 June 2023 at the Rijksmuseum.

Johannes Vermeer (1632-1675) lived and worked in Delft. His work is best known for his tranquil, introverted indoor scenes, his unprecedented use of bright, colorful light and his convincing illusionism. In contrast to Rembrandt, Vermeer left a remarkably small oeuvre with about 35 paintings. As his paintings are generally considered the most prized treasures of every museum collection, Vermeer paintings are rarely lent out. There is currently an exhibition in Dresden with works by Vermeer on the occasion of the restoration of his Girl Reading a Letter at the Open Window. This exhibition includes two works by Vermeer, The Little Street and the Woman in Blue Reading a Letter, from the Rijksmuseum collection.

World Of Stonehenge Comes To The British Museum

The British Museum has announced full details of its upcoming special exhibition on Stonehenge. This major exhibition will see over 430 objects brought together from across Europe in a once-in-a-lifetime spectacle on the ancient monument’s history – and mystery –.

The world of Stonehenge (17 February – 17 July 2022) is the UK’s first-ever major exhibition on the story of Stonehenge. Essential loans coming to the British Museum and announced for the first time today include: Britain’s most spectacular grave goods, which were unearthed in the shadow of Stonehenge; elaborate ancient gold hats depicting the cosmos; and the astonishing wooden monument – dubbed Seahenge – that recently emerged after millennia from the sands of a Norfolk beach.

Stonehenge was built 4,500 years ago, like the Sphinx and the Great Pyramid of Giza in Egypt. This landmark exhibition will set the great monument in the context of one of the most remarkable eras on the islands of Britain and Ireland, which saw enormous social and technological revolutions, alongside fundamental changes in people’s relationships with the sky, the land and one another.

At the heart of the exhibition will be the sensational loan of a 4,000-year-old Bronze Age timber circle, dubbed Seahenge due to its similarity to Wiltshire’s Stonehenge. It is a hugely significant and scarce surviving example of a timber monument that has also been called “Stonehenge of the Sea.” It reemerged on a remote Norfolk beach in 1998 due to the shifting sands, and it consists of a sizeable upturned tree stump surrounded by 54 wooden posts. The oak posts, some up to 3m tall, were tightly packed in a 6.6m diameter circle with their bark-covered sides facing outwards. Inside the circle was a mighty oak, its roots upturned towards the heavens like branches. Collectively the circle creates a giant tree. A narrow entranceway was aligned on the rising midsummer sun and it is thought this monument was used for ritual purposes.

Seahenge comes to the British Museum from the Norfolk Museums Service, where it is partially displayed at the Lynn Museum in King’s Lynn. This is the first time Seahenge has ever gone on loan. Visitors to the exhibition at the British Museum will see some of the monument’s most important elements, including many timber posts that have never been displayed before. They will also see the hugely influential ‘doorway’ where worshippers enter. Its inclusion in the exhibition will help tell the story of the shared beliefs that inspired ancient communities to build the many astonishing monuments found across Britain, Ireland and beyond.