It started with his rat clock piece (Top Photo) at 101 West 14th Street, moving on to his protest mural for Zehra Doğanon on the historic Houston Bowery Wall, where Keith Haring worked. Yes, it’s confirmed Banksy is back super-active with a vengeance in NYC. Dogan was jailed for two years and nine months last year in Turkey, for her painting of the Kurdish town Nusaybin.The representation has been taken from a newspaper photograph, showed the town reduced to rubble during the conflict. 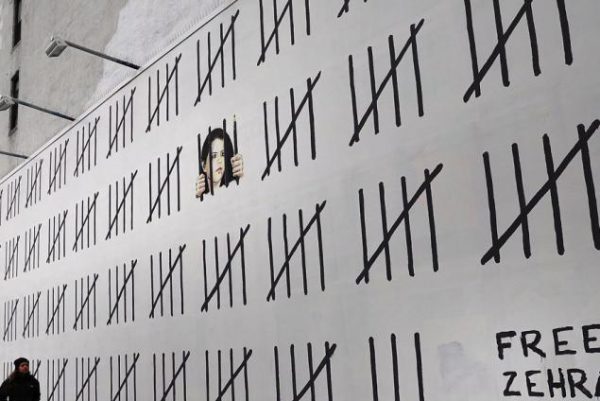 The elusive Street Artist has now taken to Instagram to claim a stencil piece that popped up last week in an empty lot on Coney Island Avenue. The mural features a site worker/businessman evicting kids, women and elderly from a vacant lot.

In the age of Trump, Banksy’s outspoken political views are a welcome break from Trump and his Twitter Account. In fact, Banksy won’t even use Twitter. His platform of choice now being Instagram. While he’s always had a message behind each and everyone one of his artworks, his three most recent pieces in New York City have a 2018 feel to them.

A mural with a loose connection to the theme of anti-gentrification features a seal balancing a ball.Trump Village properties in nearby Coney Island may be the inspiration.

Banksy is one of most discussed, debated and acclaimed cultural figures of our age. His anonymous persona has captivated international audiences since the late 1990s. An urban artist, his media ranges from painting on canvas, screen-prints and sculpture to large installations and even the occasional livestock. His artwork reveals a unique mix of humour and humanity; it is created for the masses and affords a voice for those in – and indeed outside – of society who would otherwise not be heard. A recent example is his commentary on the refugee crisis and the after effects of Dismaland. His anonymity and refusal to conform mean that he is as difficult to nail down as is his artwork, and thus a survey of his works has never been officially or unofficially exposed in a private museum to a public audience.