Is it risky to sell $100m worth of Picassos in one go? Well, the MGM Resorts and Sotheby’s will be taking a gamble with a special, first-of-its-kind marquee Evening Sale of masterworks by the artist, beamed across the world, featuring the MGM Resorts Fine Art Collection.

The Bellagio Hotel and Casino has one of the city’s best art galleries. Several of the Picassos being sold are from the hotel’s “Picasso” restaurant. The collection was put together over 20 years ago by the American casino owner Steve Wynn, the former owner of the Bellagio and former chief executive of Wynn Resorts. Wynn stepped down amid sexual misconduct allegations. Last week U.S. Judge revived a class-action claim in the Wynn Resorts lawsuit. The auction of works by Picasso, which will be conducted live from Bellagio on Saturday, October 23, marks the largest and most significant fine art auction to ever take place in Las Vegas, and comes as MGM Resorts, the world-renowned entertainment company, reshapes its public fine art portfolio, deepening its focus on diversity and inclusion.

The unique collaboration between Sotheby’s and MGM represents the first time Sotheby’s has hosted a marquee Evening Sale in North America outside its signature New York auction venue and will feature a recreated version of the auction house’s storied saleroom in Las Vegas.

After five years as head of London’s ICA, Stefan Kalmár has decided to leave. He was previously at Artists Space in New York. He succeeded Gregor Muir, who left the ICA to become director of Tate’s collection of international art.

Stefan Kalmár said: ‘I am grateful for having been given the opportunity to serve this legendary organisation. My time at the ICA and in London has been transformative. My deepest thanks go to the incredible team at the ICA, to all those that gave us tremendous support, the artists we were fortunate to work with and to the public we serve. I’m very proud of what we’ve achieved!’ ‘The past 17 months have been a time of intense self-reflection and realignment of one’s values: what structures, what behaviours, what ideas, what work will matter most in the world ahead of us? Cultural institutions must learn how to respond, should lead the way, inventing models that are innovative and open to constant renewal. Hence, directorships should never be for life – fixed tenures should be the norm, not the exception. So the moment now feels right for me to hand over to the Institute of Contemporary Arts’ next generation to lead this iconic institution with care, compassion and vision. I thank the ICA Board for their support and understanding of what has been for me both a deeply personal and professional decision.’ 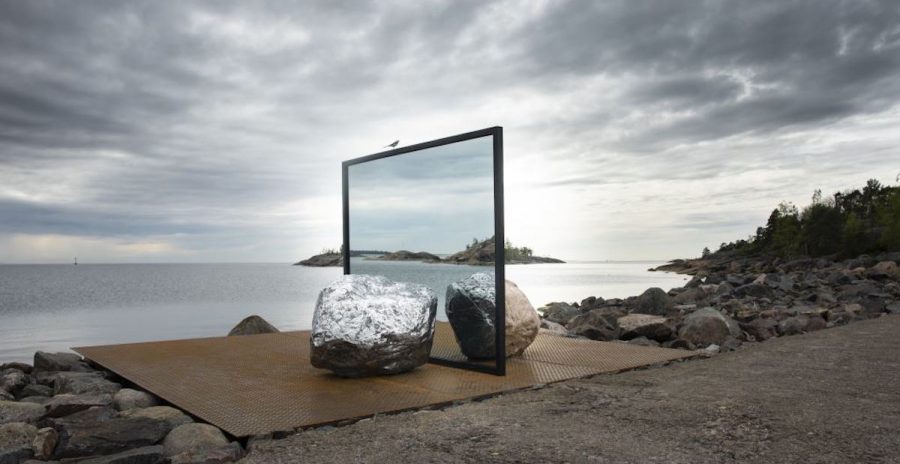 The inaugural Helsinki Biennial will Run over the summer until September 26 2021. The biennial brings contemporary art to the former military island of Vallisaari in the Helsinki archipelago, as well as further artworks on the city’s mainland. Titled The Same Sea, the biennial presents 41 artists and artist groups from Finland and across the globe, showcasing 75% new commissions and site-specific installations which engage with the cultural history, geopolitical location, and diverse environment of Vallisaari.

The Helsinki biennial is proud to open to visitors after the challenges of the past year and looks forward to welcoming international audiences as soon as travel restrictions allow, with a programme of digital and virtual activities enabling access from afar in the meantime. Whilst some artworks bring to life former gunpowder cellars and old residential buildings, approximately one-third of the artworks on Vallisaari are sited outdoors along marked trails. All the artworks are visible when the biennial opens on June 12 and will remain open to the public in line with various Covid-19 scenarios.

Vallisaari forms the tangible and conceptual starting point for the curation of the 2021 biennial. Using the context of the island’s unique cultural history and natural environment, artworks have been placed in, and created for specific locations, in genuine interaction with their surroundings.

Many of the sites on Vallisaari are incorporated into the artworks themselves. Dafna Maimon leads us through a cellar vault which has been transformed into a digestive system, and Tuomas A. Laitinencreates an alien habitat in a former gunpowder cellar. Samir Bhowmik hosts visitors on an expedition tracing the route of an imaginary subterranean and underwater cable that runs through the island. Sitting atop a former elevator shaft, Tadashi Kawamata’s Vallisaari Lighthouse offers a temporary, towering landmark comprised of found scrap material from Vallisaari, which can be seen from various viewpoints at sea, the neighbouring UNESCO heritage island of Suomenlinna, and the Helsinki waterfront.