When someone attacked Michelangelo’s Pieta with a hammer in the 1970s, the sculpture was severely damaged. It was restored and put back on display at the Vatican. A few years later a paranoid schizophrenic slashed Rembrandt’s masterpiece ‘The Night Watch’ putting a gaping hole in the canvas with a bread knife, at the Rijksmuseum. Again, it was restored and rehung. These examples of key works of art that have been severely damaged and restored raise the question: Does the value of an artwork diminish when it is restored? I think the answer is down to the level of restoration. If there is little or no visible change to the image it shouldn’t matter. The work of art is still by all accounts a masterpiece so there should be no impact on the value of the artwork.

Does the value of an artwork diminish when it is restored?

The Salvator Mundi is another excellent example of an artwork that has been restored, in this case to the point that (some experts say) only 30% of the original painting exists on the canvas. It is clearly out of focus something that is not a typical Da Vinci characteristic. This didn’t stop the painting from selling for £450m at Christie’s last year. 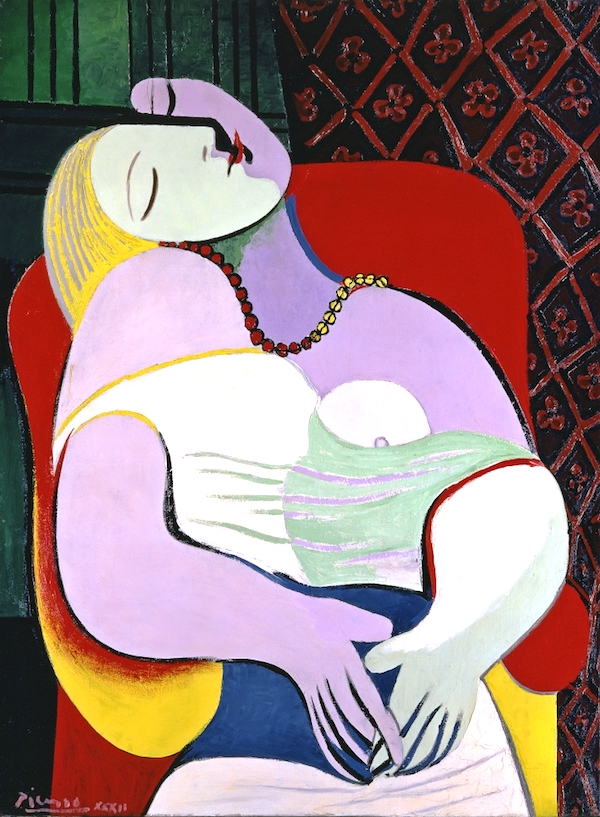 In 2006, Steve Wynn, a Las Vegas casino owner, accidentally put his elbow through a Picasso portrait valued at $139 million. He had just agreed to sell ‘Le Rêve’ to hedge-funder Steve Cohen. Wynn backed out of the sale but later sold the painting for $155m after it was restored. I saw the picture in an exhibition at Tate Modern, and you couldn’t tell that the picture had been carefully conserved.

This is why I feel I must comment on a recent court case involving a sculpture by Constantin Brancusi, Le Poisson (ca. 1920–22). The marble sculpture was knocked off a plinth and broken while under the care of Artemus a NY art fund and finance group. The artwork belonged to a French collector who is suing Asher Edelman at Artemus after it was revalued by an appraiser at $16.9 million down from $22.5 million before the accident. The complaint filed in New York’s Supreme Court states that Marc Baradel alleged that after he consigned the sculpture, it was damaged and devalued.

The original consignment agreement filed as part of the complaint says, Baradel insured the work for $5 million through two insurance companies, the Chicago-based HUB International and Lloyd’s of London; however, neither company would honour the agreement after the work was broken.

It goes on to say that “HUB and Lloyd’s have withheld payment by engaging in conduct that may be characterised as ‘gross’ and ‘morally reprehensible,’ and of such wanton dishonesty as to imply a criminal indifference to civil obligations by not paying the claim.”

Baradel is seeking $22.5 million from Edelman and Artemus and an additional $5 million in damages from HUB and Lloyd’s.

Established in 2014 by Asher Edelman of The Edelman Companies and The Durst Organization, Artemus is an art, finance, and real estate company which states their mission as; ‘To create more liquidity in the market and enable collectors, art dealers and other professionals to profitably leverage and monetize works of art’.

By looking at the damage to the black marble, it is a clean break and would cause limited impact to the sale or value of the piece. Glue it back together! Get over it boys and have another glass of Ruinart!