If you’re the sort of person that thinks money alone makes the art-world go around then leave this page immediately. However, if you are driven by curiosity and aesthetics and believe in the need for an alternative to Art Review’s Power 100 list which celebrates a gratuitous form of back patting pandering to the 1% of fat-cat gallerists and hedge-fund collectors, then this is for you.

One of the most refreshing parts of 2016 has been all change at the major public galleries with many of the top positions being filled by women.  Also the emphasis on exhibitions shifting to less conventional spaces such as former prisons, brutalist office buildings and public car parks.

Pop-ups have still been a focus. The key art fairs like Frieze and Art Basel create a perfect opportunity to hijack the moment in order to help promote emerging art in its purest form and that is on the fringe of the mainstream art-world.  By showing art in car parks and alternative spaces we can achieve a new context for art appreciation. Art should be available to all that seek it out, and capturing a new audience is the most inclusive thing we can think of to create dialogue, change, and express creativity.

Indeed, what emerges from Artlyst’s Power-Lyst is a great many figures not on the higher echelons of the world of finance, (not to say we haven’t included the odd billionaire)  but mainly  individuals like museum directors and curators on the edge, quietly making a difference in many ways.

The number of new and imaginative enterprises outlined by Artlyst this year will hopefully help bring art to a wider public, as well as focus on academic and critical engagement. This in itself is cause for celebration. 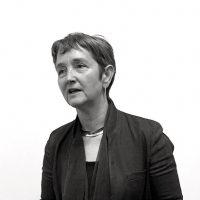 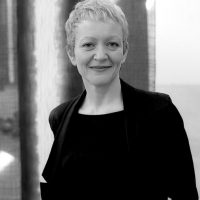 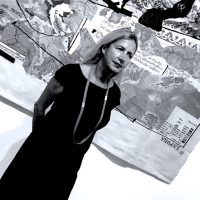 Iwona Blazwick, Director of Art at the Whitechapel Gallery 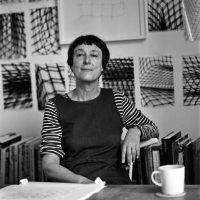 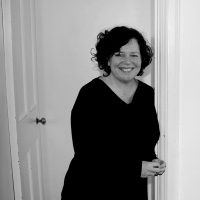 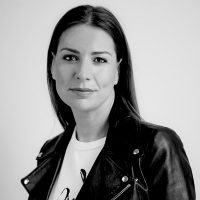 2. Ron Arad – architect, designer, his sculpture Spyre was in the forecourt of the Royal Academy during the Summer exhibition

7. Maria Balshaw CBE – Director of the Whitworth, University of Manchester and Manchester City Galleries which includes Manchester Art Gallery and Gallery of Costume

8. Phyllida Barlow CBE awarded in 2016 and due to represent Britain at 2017 Venice Biennale

9. Iwona Blazwick OBE– Director of Art at the Whitechapel Gallery

13. Bonnie Camplin – artist whose work spans the disciplines of drawing, film, performance, music and writing, 2015 Turner Prize nominee who has a new exhibition at the Camden Arts Centre

14. Jimmy Cauty – artist and former member of the band KLF. His installation The Aftermath Dislocation Principle a post-riot landscape created in miniature toured the UK in 2016

16. Sir Michael Craig-Martin – Emeritus Professor of Fine Art at Goldsmiths London, previously a tutor at Goldsmiths where he fostered the talent of many of the YBAs. Knighted in New Year’s honours list.

19. Jeremy Deller – English conceptual, video and installation artist. Winner of the Turner Prize in 2004, represented Britain at 2013 Venice Biennale whose work consistently champions the rights and interests of the people. This year he created We’re here because we’re here, a performance piece to mark the centenary of the Battle of the Somme.

20. Edith Devaney, Contemporary Curator at the Royal Academy of Arts

25. Olafur Eliasson –  Danish-Icelandic artist known for sculptures and large-scale installation art employing elemental materials such as light, water, and air temperature. In2016 he created an installation at the Palace of Versailles

26. Zavier Ellis – Director of Charlie Smith Gallery, Curator of The Future Can Wait, organiser of Anthology Prize and Young Gods

31.  Ryan Gander – London-based artist, creator of the Locked Room Scenario in Shoreditch, awarded the 2010 Zurich Art prize, accompanied by an exhibition at the Haus Konstruktiv, Zurich, and winner of the 2003 Prix de Rome.

37. Maggi Hambling – painter and stalwart of the British Art Scene who created the innovative Wall of Water series for the National Gallery. New drawing exhibition at British Museum.

40. Damien Hirst – not for his art but for giving us Newport Street Gallery

42. David Hockney – National treasure who is still going from strength to strength, 2016 saw his 82 Portraits and 1 still life exhibition at RA

48. Yayoi Kusama– Japanese artist whose work borders on outside art and is one of the most successful women artists

49. Chris Le Brun – President of the Royal Academy and artist

57. Sarah Monk: Director of London Art Fair. Sarah has been Fair Director since 2013

58. Ben Moore – Founder of Art Below, a London based public art enterprise, founded in 2006 using billboard space in underground stations to display artworks in London and overseas.

61. Sarah Munro:  Director of the BALTIC

69. Grayson Perry – artist known for his work in ceramics, and awarded the Turner Prize in 2003, self-curated show The Tomb of the Unknown Craftsman at the British Museum 2011, received BAFTA in 2013 for his series All in the best possible Taste and 2014 Reith Lectures for Radio 4 and creator of A House for Essex 2015. Recent documentary All Man for C4.

74. Martin Roth  outgoing Director of the V&A for giving us the most inventive museum displays

76. Sean Scully RA – one of the finest abstract painters of his generation, twice nominated for Turner prize, internationally exhibited in China, the US, Spain, Germany and the UK

78. Nicholas Serota – outgoing Director of the Tate (1988-present) and the driving force behind the opening of the Tate Modern and its new extention. Has participated on the board of The Architecture Foundation and chaired the Turner Prize jury. Due to take over as chair of Arts Council England

84. Donald Smith – CHELSEA Space Director, with the ambition to create ‘a research development centre for invited art and design professionals, providing a gallery space, library research facilities, and a platform to develop personal projects that may otherwise remain unrealised’.

88. Paul Thompson – Rector of the Royal College of Art, served as Director of the Smithsonian’s National Design Museum in New York until 2009, trustee of the Victoria and Albert Museum, and a Member of the Wellcome Collection Advisory Committee at the Wellcome Trust.

89. Gavin Turk – Artist who continues to be identified with YBA label but also associated with emerging talent

90. Luc Tuymans  –  Antwerp born painter whose unsuccessful trial for plagiarism in 2015 questioned the use of image appropriation in art

92. Ed Vaizey – former Culture Minister for his informative weekly newsletter and his contribution to preserving the UK’s cultural heritage

94. Mark Wallinger – sculptor and installation artist, double Turner Prize nominee, won the Prize in 2007 for the work State Britain. . Created Labyrinth for 150th anniversary of the London Underground in 2013. Self Reflection at Freud Museum, London.