Carmen Herrera (1915 – 2022) The Cuban-born, American artist has died at the age of 106, only months before her May birthday. She died peacefully in her sleep at her apartment and studio in New York, where she had lived and worked since 1967, for much of that time with her husband Jesse Loewenthal, who also died at home in 2000.

There is nothing I love more than to make a straight line, It’s the beginning of all structures really – CH

Herrera survived two global pandemics almost a century apart, having grown up in Havana in the wake of the 1918 Spanish flu. She left Cuba for a period of travel and study in Paris, Rome and Berlin. Herrera returned to Havana to study architecture at the La Universidad de la Habana from 1938-1939. During this time, she met the love of her life, the American professor Jesse Loewenthal, and together they moved to New York in 1939. 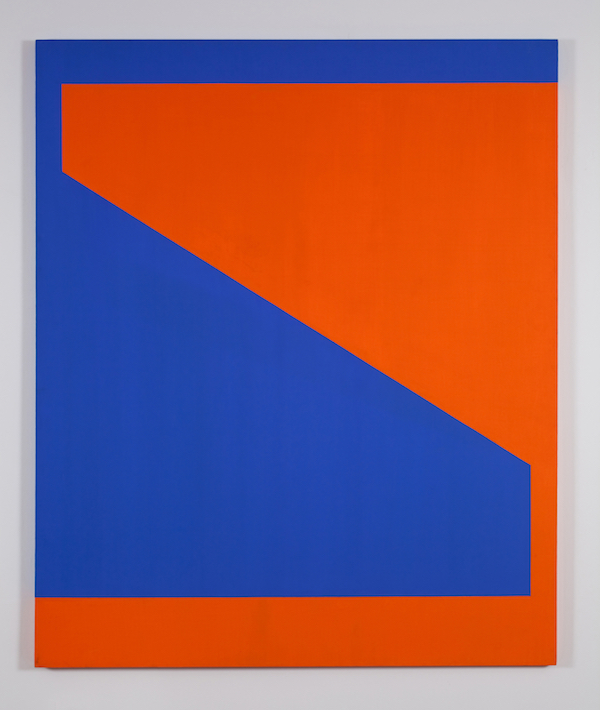 Between 1948 and 1954, the couple moved to Paris, where Herrera shifted from figuration and representation to a geometric style of painting as part of the Salon des Realités Nouvelles, all while bearing witness to the seismic developments in abstract art that were taking place in the two major art capitals of the time. In 1954, she returned to New York, where she befriended numerous artists, from Barnett Newman and Mark Rothko to Barbara Hepworth and Ad Reinhardt.

Herrera’s early, organic compositions gave way to revolutionary shaped and multi-panel paintings, diptychs and triptychs, within which she defined a new spatial experience, using no more than two contrasting colours. Recent scientific research by The Metropolitan Museum of Art Conservation and Scientific Research Department has revealed her to be among the first artists to employ solvent-based acrylic paints in post-war Europe.

Although her first major accolades and museum exhibitions famously came later in life, during her eighth decade, she had been developing a path towards her unique painterly style for the preceding 50 years, beginning with expressionistic compositions developed in Paris and culminating with her unique hard-edge painting and sculpture that she would continue to make for the rest of her life in New York.

While her position as a Latina woman may have ghettoized and slowed her early career in New York, Herrera’s plight came to represent the lost generations of many forgotten modernist practitioners, only some of whom have begun to receive their art historical dues.

Herrera did have important retrospectives at the Alternative Museum (1984) and El Museo del Barrio (1998) in New York, as well as at Ikon in Birmingham, UK (2009), curated by Nigel Prince, before the landmark Whitney Museum of American Art exhibition Carmen Herrera: Lines of Sight(2016), curated by Dana Miller. She joined Lisson Gallery in 2010, and after two shows in London inaugurated our first New York gallery in May of 2016 with an exhibition of works all made in her 100th year.

“There is nothing I love more than to make a straight line. How can I explain it? It’s the beginning of all structures really.” Perhaps Herrera’s refusal to adhere to any art historical tenets or movements, such as the male-dominated Minimalism of the 1970s, left her free to experiment in her own fashion. “Someone told me one day I’ll just paint a dot and be done.”

Alex Logsdail: “The world expects everything that matters today to be perfect beyond a reasonable level and that is dehumanizing. Carmen made works that are alive and in constant flux, even when she seemed to have reached an apotheosis or a summit, she kept looking over the edge.” 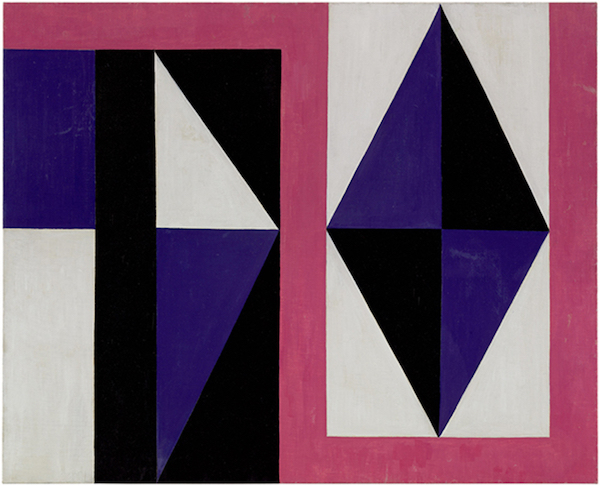 The past two decades provided Herrera with great successes and recognition, including major solo presentations at the Los Angeles County Museum of Art, CA; the Museum of Fine Arts Houston, TX; the Whitney Museum of American Art, New York, NY; the Wexner Center for the Arts, Columbus, OH; K20, Dusseldorf, Germany; the Museum Pfalzgalerie, Kaiserslautern, Germany and the Ikon Gallery, Birmingham, UK. During this time, Herrera’s work entered numerous permanent collections, including the Guggenheim, Abu Dhabi; the Hirshhorn Museum, Washington, DC; the Metropolitan Museum of Art, New York; the Museum of Fine Arts, Boston, MA; the Museum of Modern Art, New York, NY; and the Tate Collection, London, UK; amongst others. Most recently, the National Gallery of Art, Washington, DC, confirmed the acquisition of two recent works: a 2013 green and white painting and a two-part yellow wall sculpture from 2016, both of which will go on view at the museum this spring. In July of 2019, an exhibition of Herrera’s Estructuras Monumentales was organized by Public Art Fund in New York’s City Hall Park, which subsequently travelled to Houston’s Buffalo Bayou Park in 2020. Also in 2019, she was made an Honorary Royal Academician by the Royal Academy in London, in 2020 she was honoured as a National Academician by the National Academy of Design in New York, and in 2021 she was awarded the prestigious Ordre des Arts et des Lettres by the Minister of Culture in France.

The last two years were further marked by two major mural commissions for the Blanton Museum of Art in Austin, TX and the Manhattan East School of Arts in Harlem, NY. Even in 2022, Herrera was in the process of planning for future projects, among them a ballet with Wayne McGregor at the Royal Opera house in London and two exhibitions at Lisson Gallery in New York and Los Angeles, the first of which was due to open just before her 107th birthday.