CHARLES RENNIE MACKINTOSH: genius, idol, Glasgow’s golden boy. Celebrations to mark the 150th anniversary of his birth began this weekend at Kelvingrove Art Gallery. Yet not that long ago he was rubbish. Literally – as his work was discarded, destroyed, maligned, unappreciated, overlooked.

“It lacks the power of previous shows, says little if anything that is new” – CH

In 1971 Glasgow Museums didn’t want Mackintosh (CRM) items. In 1985 the new M8 motorway was scheduled to run straight through his Martyrs School at Townhead. I also worked for STV arts at the time. We made a TV programme about it, and its destruction was halted. In the 1960s Andrew McLaren Young, professor of Fine Art at GU fought hard for CRM, organising the seminal 1968 Mackintosh exhibition to celebrate his 100th anniversary – but not in Glasgow. It was in Edinburgh at the Festival.

I saw that wonderful, memorable, seminal show – and was, like so many, bowled over. Since then, so my archive tells me, I have written about CRM over 50 times. The last big show was in 1996, which went to the Met in NY, Chicago & LA. It looked spectacular in New York and was a big hit. For recent generations, this new event is the first big Mackintosh show in years. See it! It may not be perfect but is an important, invigorating event not to be missed. 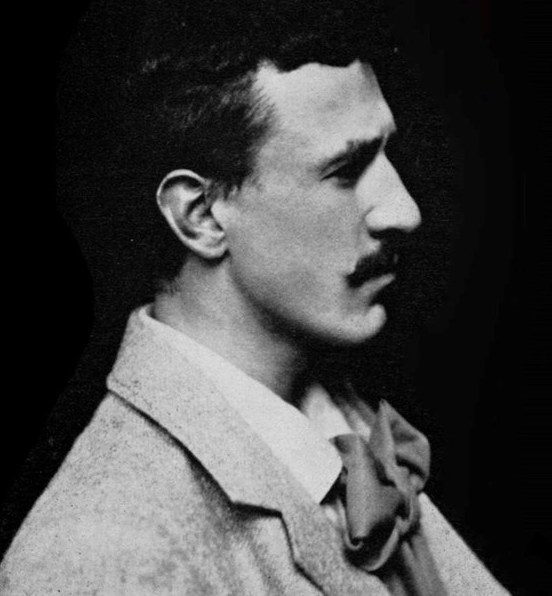 Alison Brown, the curator of the new show, worked on the 1996 show so is knowledgeable, passionate and enthusiastic. Her book is well illustrated and has an easy, informative chronology displayed, as in the show, on black. She and her team have cleverly conquered the low ceilinged warren of rooms that is Kelvingrove’s, by no means ideal, temporary exhibition space. Her design plan, Mackintosh & Co in the centre, and influences and context around the edge works well. It is an attractive presentation. But it lacks the power of previous shows, says little if anything that is new, and relies heavily on other decorative arts of the period.

For this show, although under the Mackintosh 150th B-day banner, is really very much about the Glasgow Style. This was Britain’s best-known art nouveau movement and centred on Glasgow School of Art. Brown’s focus includes the many other designers, architects, teachers, makers of arts and crafts, kindred spirits who flourished in Glasgow during the key period 1890-1910. In other words, there is little furniture, few chairs and no installations of Miss Cranston tea rooms!

Of course, the main protagonists were “The Four”, celebrated in Roger Billcliffe’s new book of that name. He believes, and I share his view, that Frances Macdonald, Mackintosh’s sister-in-law, was by far the most creative. “The Four’ were Mackintosh, his wife Margaret, her sister Frances and Mackintosh’s friend and later Frances’s husband, James Herbert McNair. The men, apprenticed to architect Honeyman & Keppie went to night school, but the sisters were day students, and so able to take advantage of the Technical Studios. The Four were introduced by Fra Newbery, the lively networking head of Glasgow School of Art, (GSA) in 1893. The rest is history.

The section on these experimental, innovative GSA Technical Studios is very interesting and new to me. Education was at the heart of the government push for creating skilled workers in industrialised cities like Glasgow and equipped with technical skills. With the 1883 opening of these studios, soon stained glass, needlework, bookbinding, ceramic china painting, metalwork, interior design, stencilling, mosaics, gesso work, stone & wood carving, and lithography was being taught. The GLASGOW STYLE GREW OUT OF THESE TECHNICAL STUDIOS.

In this Frances was to the fore, but strangely she is not well represented here. Margaret’s fairly horrid huge gesso panel ‘May Queen’ 1900 takes the stage. Margaret did develop a great technique with gesso, with decorative drip and drops, glass beads, metallic paint etc., but too often her work is weak.

“These Technical Studios effectively established a Glasgow Arts & Crafts Movement,” says Alison Brown. All the subjects had an industrial application & would enable students to set up a business or workshop. Helen Walton & her sister ran a ceramic studio in Hillhead, while the Allander Pottery was in Milngavie. Needlework was run by Newbery’s wife Jessie plus the stalwart Ann Macbeth, and the studio became very well known internationally. Roses, flowers, foliage, plant forms, entwined stems and elongated emaciated figures were popular. Jessie Newbury is credited with creating the elongated Glasgow Style lettering.

The May Queen from the Ladies’ Luncheon Room Ingram Street Tea Rooms, 1900 by Margaret Macdonald Mackintosh

Overall women played a major role in creating the Glasgow Style. Alison does not mention the term “Glasgow Girls” as far as I can see, but in fact, the girls did flourish during this time, where women were actively pursuing art careers, and the GSA was well known internationally. This is attributed to Fra Newbery who established an environment in which women could prosper, both as students and teachers.

The Metalwork department, also well known, was led by sculptor Kellock Brown, followed by Wylie Davidson. The show has a lot of metal work on display, some I find clunky!

Pattern was another aspect. Art Botany was the term given to the study of plant forms for decorative purpose. At the start, specimens came from the city’s Park’s dept, but soon GSA had its own conservatory. ‘”Floral patterning and simplification & plant symbolism, are central to understanding the design philosophy informing the Glasgow Style,” says Alison Brown. The willow tree was another favourite symbol. Meanwhile, Mackintosh’s time continued to be consumed by his major architectural projects, like Scotland Street School, the Glasgow School of Art and Hill House, Helensburgh.

In 1902 the profile of the Glasgow Style was raised through 2 key exhibitions abroad, in Turin and Hungary. These large-scale installations are difficult to show, but they curators have employed a new tactic: drones. These drones have filmed 3 Mackintosh buildings from the sky, never done before. It makes for exciting viewing.

By 1908 the impetus for the Glasgow Style had lessened. Talwin Morris died. Mackintosh was moving towards Art Deco. In 1914 the architectural practice of Honeyman Keppie & Mackintosh was dissolved just as the outbreak of war occurred. It was the end of an era.

This celebratory show will be a crowd pleaser, and make money through its massive marketing of anything and everything “Mockintosh”. Much is terrible. Why can’t good design be found for a show like this?? I leave you with the thought of Mackintosh rubber ducks, sold in the museum gift shop. I’m sure they will sell out.