The Big Issue yesterday unveiled the April 3 edition which is an art special, spearheaded by guest editor/artist Charming Baker, one of Britain’s most celebrated contemporary artists. Built on a theme of Tipping Point, the special edition of the magazine will feature an array of British visual art heavyweights, all contributing unique and work.

“I’ve always been interested in how we can look at most anything in a different way. I guess I play Devil’s advocate to some degree, switching things around for the sake of it, pulling things apart to see how robust (or fragile) something is.”

Since The Big Issue was launched in 1991 it has helped thousands of vulnerable people take control of their lives. It currently works with around 1500 individuals across the UK, offering them the opportunity to earn a legitimate income.

The theme itself comes from Charming Baker. There are, he said, key decisive moments that lives can hinge on, moments that can tip things up or down. The Big Issue vendors know more keenly than most how delicate the balance can be, and how quickly that tipping point can have negative, or down the road, positive effect.

In honour of the art special edition, Charming Baker has reached out to the Art World and asked individuals to delve into their work archives and pick a piece of art representing a ‘Tipping Point’. The contributors assembled from Charming Baker’s vast contact book reads like a who’s who of Brit Art and fashion. They include Jonathan Yeo, Sir Peter Blake, Rachel Howard, Hugo Wilson, Antony Micallef, Mat Collishaw, Keith Tyson, Sue Webster & Tim Noble, David Shrigley and Sir Paul Smith. It’s testament to The Big Issue’s value in British society that these, and many others, signed up straight away to do what they could to get involved. 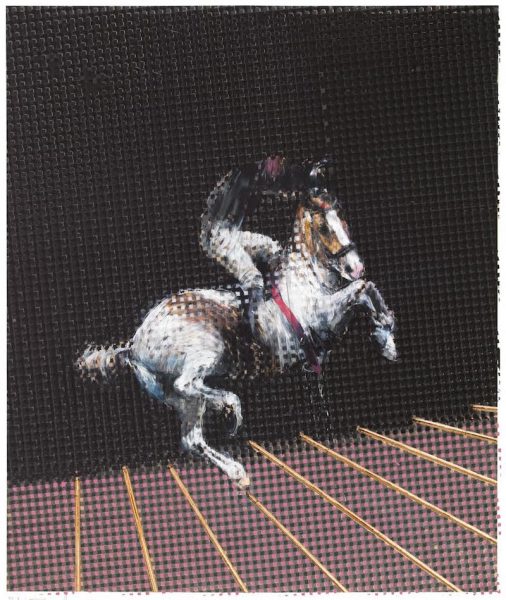 “Did I have a tipping point?” asks Founder of The Big Issue, and a contributor to this special issue Lord John Bird. “I suppose I must have had several of them. One was to get out of wrongdoing by going each night to drawing classes and not hanging around with the window smashing, car stealing lads I grew up with. It was difficult because they all thought I’d turned into a snob and they didn’t realise that I had spent too long banged up as a boy and young man.”

In keeping with The Big Issue focus, this special magazine will also feature art by men and women on the edge of society, either suffering from addiction, mental health or homelessness issues who have used art as a means and outlet in facing problems in their lives. The edition is set to be an Arts tour de force and one of British magazine publishing’s most collectable and hotly anticipated titles of the year.

To mark this art collaboration of the magazine, ten secret ‘Golden Tickets’ will be hiding in Big Issues, on sale to the public at vendor points from April 3. The ten lucky readers who locate a hidden winning ticket in their copy of the magazine will get their hands on an exclusive, signed, hand-finished Charming Baker print – not available anywhere else, and two specials print by Jonathan Yeo.

“I felt truly honoured to be asked to guest edit this special art edition. Crucial times for us are just as much about when we’re tipped into success, as when we’re tipped out. Small differences ultimately make the one big difference. And for me, that’s what the Big Issue is about.” Charming Baker

In collaboration with Charming Baker and Jealous Gallery in Shoreditch, The Big Issue will launch a special ‘Tipping Point’ exhibition at Jealous April 3-16, featuring an exclusive, limited edition of 125 print release by Charming Baker alongside works from other talented amateur and professional artists. The Private View will be held April 6.

“This is hugely exciting,” said The Big Issue editor Paul McNamee. “Charming Baker is in international demand and having him attached to The Big Issue at all is a tremendous honour. Every guest editor brings something special. And by having artists whose work sells for hundreds of thousands placed alongside artists who have found creativity as a means of getting them out of a dark place, there is added potency. Charming has just raised the bar!”

Russell Blackman, MD at The Big Issue adds “Charming Baker has orchestrated a fine, visual led issue, showcasing incredible works from Big Issue vendors and some of the most influential artists and designers in the country. Big Issue vendors know ‘tipping points’ all too well and have used art with positive effect. We use this edition of The Big Issue to showcase and celebrate some of these individuals”.

The Big Issue ‘Art Special Edition’ is on sale now.