City & Guilds of London Art School is a not-for-profit, specialist, higher education institution, located in the heart of Kennington since 1879. With a creative community of approximately 230 students and 80 teaching staff, the school prioritizes a high ratio of contact time with active professionals and dedicated studio space for all students.

The group of students graduating from City and Guilds of London Art School is refreshing in its variety and choice of artists, 24 of them this year. City and Guilds is proving year after year its establishment in the contemporary art world. The college manages to keep an artistic ethic revolving an ideal of craftsmanship and use of classical rules of art making. Notable alumni include Adeline de Monseignat, Stephen Wiltshire and Hugo Wilson.

The following four students put in context the variety of aesthetics and quality of work City and Guilds has on display at the 2016 Degree Show. 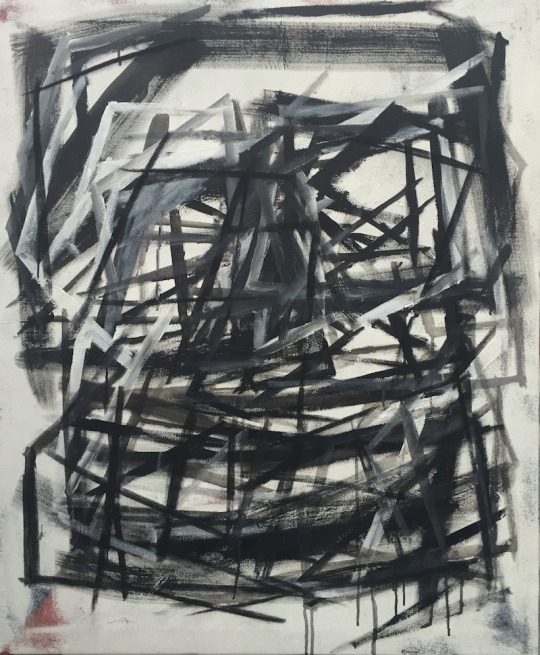 MC was born and raised in Paris, she moved to London in the aim of expanding her horizon and understanding of the arts. Her work presents the viewer with fresh, vibrant and darkly psychedelic pieces. In creating her body of work, MC aims to mirror societal issues involved in contemporary news and events. MC’s inspiration is driven from Warhol’s personality based myth of the artist and Picasso’s search for the perfect representation of an emotion truth through the use of classical media. MC tricks the eye of the viewer into gloomy painted and etched planes, with a certain underlying absolute idealism always remerging beneath the initially known image, ultimately striving for an identification of the system.

In Amanda Moström’s recent work, the value of things and the value of physical experience is key. Domestic objects function as language to engage the public. Her most resent series named ‘Welcome to the common ground’ relates to the public house, an environment that is welcoming and polite to a wide audience. How to make a living art object, this is stressed and visible in the bronze work that carries domestic characteristics. These qualities support the viewer’s possibility to play. The use of an elitist material is important to celebrate its true qualities. With play, Moström’s work ultimately allows the viewer to step out of the viewer role, into a pure profound activity through play and interaction. Connects with the work through a dialogue with themselves and their present experience, at that moment in time. 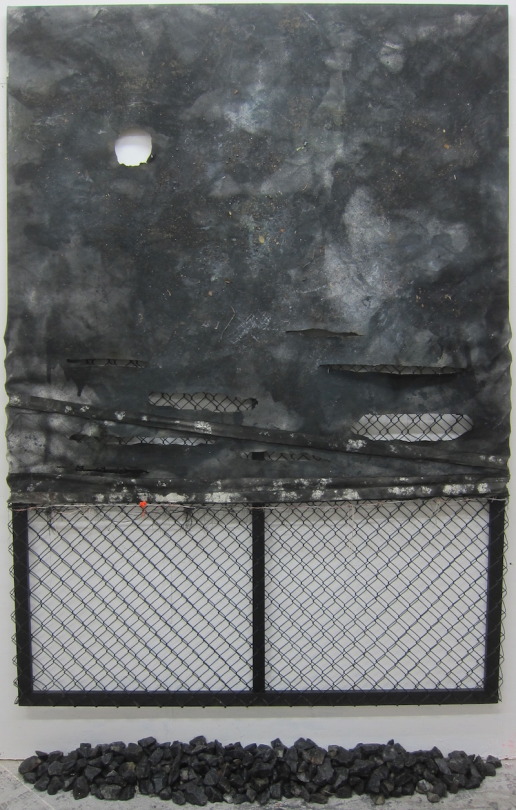 Christopher Stead’s work engages with themes of cultural hegemony, as diplayed in opposition to what can be defined as low culture aesthetic. The manipulation of mediums and supports in Christopher’s work overtly questions the Artist’s humanistic role in a fore played utopia. The fetishized use of utilitarian materials in Christopher’s work dissolves the hierarchies of the commodity object. In reapropriating studio detritus, Christopher aims to denote changes in aesthetics driven by the post-austerity condition. In the Chromophobia series he raises an enquiry into the Modernist anxiety as understood to be triggered by color, in a portrayal of decorative emasculation. Chris uses processes and materials often associated with metaphorical historical enigmas such as fire, wood and metal. The self-cancelling censorship of the pictorial plane created reveals a tension between aesthetics of the high and the low and gender polarities within painting. Emmanuelle’s practise is based on aspects of domesticity and life as a mother. She uses installations, paintings and etchings to deal with the brutality of motherhood and draw a parallel between her studio activity and her life at home. Napkins, rags, tea towels and table clothes she glues, attaches, sews or simply hang have transformed into symbols of liberation on the canvas. The dirt in the kitchen or the paint in the studio converts into one single visual element. The binary routine of ‘make beautiful/clean the ugliness’ is what is left on the canvas. The contradictory concepts of chaos versus order, acidic colors versus ‘dirty’ colors constitute the base of her explorations. Muscular gestures on the canvas – often associated with male abstraction – are twisted into ‘anti macho marks’. These painterly energetic brushstrokes become symbols for poking fun in abstract expressionism. She includes objects into her works in an attempt to incorporate the everyday questioning about what define painting. For example a fridge door becomes a plane filled with pots of paint. Finally her titles reflect on what is given to us in marketing messages or in proverbs about interiors and women. They also quote proverbs, for example ‘don’t mix napkins with rags’ which is a French revolutionary quote that reflects on mixing social classes.