The work was painted in preparation for A Bigger Grand Canyon, the seven and a half metre wide masterpiece housed in the National Gallery of Australia. The painting’s importance is underlined by its inclusion in two of the most important exhibitions of the artist’s career, including his major 1999 exhibition at the Centre Pompidou in Paris, and his blockbuster retrospective in London at Tate Britain earlier this year (lot 6, est. £3,800,000-5,000,000).

This season, Sotheby’s broadened the remit of its annual Italian Sale for the first time to explore the artistic dialogues between Italian and international artists in the post-war period. 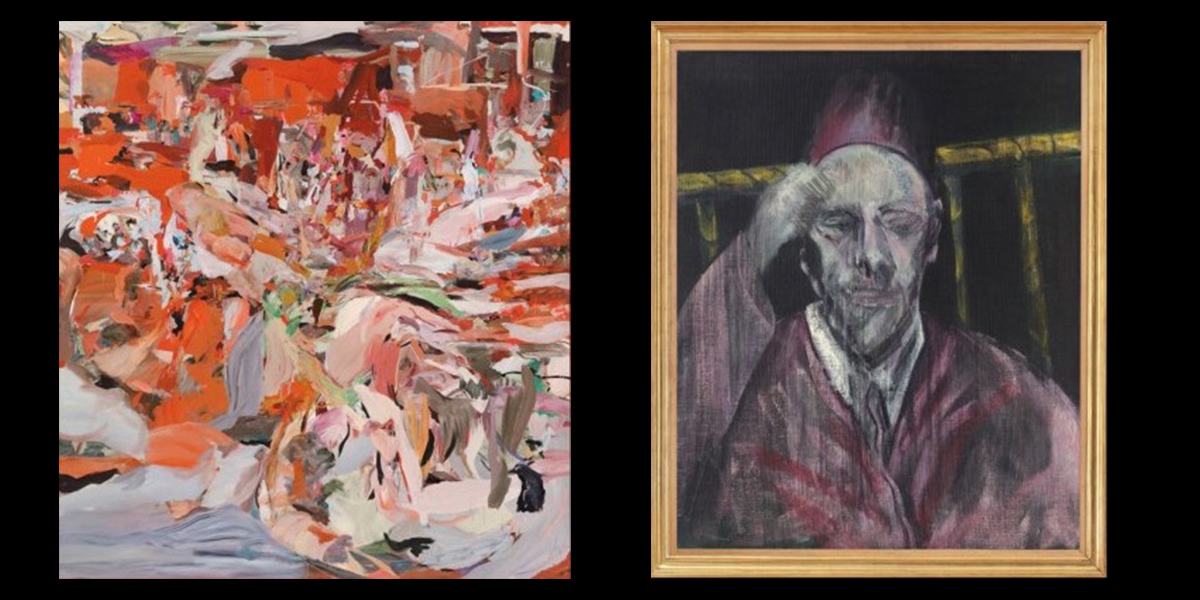 Christie’s London Contemporary October evening sale realised £99.5 million ($130 million) The sale at King Street on Friday had a sell-through rate of 83 percent. The sale was marred by a work by Francis Bacon ‘Study of Red Pope 1962 2nd version,’ 1971, carried an estimate of £60 million to £80 million ($78.4 million to $104.5 million), the highest auction reserve ever for Europe. The lot remained unsold.

Christie’s Post-War and Contemporary Art Week showcased work by some of the most significant artists of the past century, with a series of auctions set against the vibrant backdrop of Frieze London.

A number of Basquiats were featured in the sale, and they performed well. There was an extended bidding battle between the phones for a Basquiat drawing of a skull from the collection of Marcia May that had gone to the consignor by descent. It went for £1.87 million ($2.44 million), well above its high estimate of £700,000. Later in the sale came Both Poles, which was purchased by its consignor from Larry Gagosian in 1982, the year it was made. Estimated at £3 million to £4 million, it sold for a solid £3.78 million ($4.94 million) to a phone bidder.

The week was headlined by the Post-War and Contemporary Art Evening Auction, which features major pieces by Francis Bacon, Peter Doig and Antony Gormley, as well as several important works by Jean-Michel Basquiat, with the Day Auction led by a stunning Gerhard Richter. Thinking Italian – our rebranded Italian Sale – offers a superb selection of works by the biggest names in Post-War Italian art, with its highlights two masterpieces by Michelangelo Pistoletto and Lucio Fontana.

These sales are joined by two innovative curated Evening Auctions: Masterpieces of Design and Photography and Up Close. Masterpieces of Design and Photography presents some of the greatest achievements by leading figures in these fields, from Marc Newson to Robert Mapplethorpe, while Up Close brings together an exceptional group of small-scale works by major artists ranging from Giacometti and Picasso to Warhol and Duchamp. 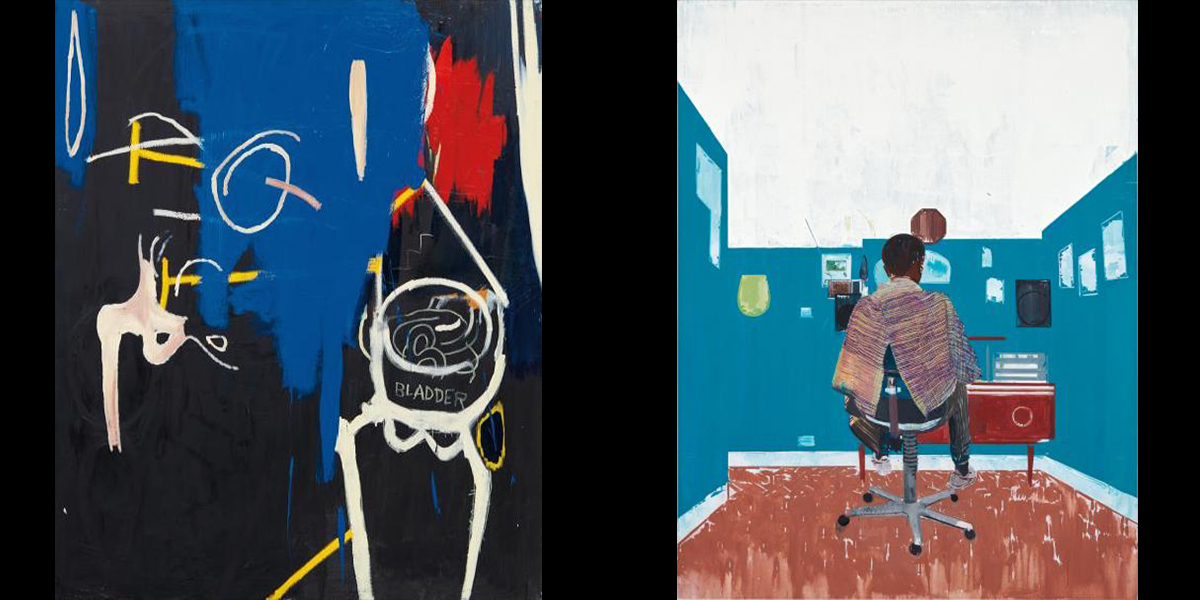 Dina Amin, Head of 20th Century & Contemporary Art, Europe: “We are delighted with tonight’s sale of 20th Century & Contemporary Art, which is up 34% from the same period last year. We are especially pleased that Hurvin Anderson’s Peter’s Series: Back set a new auction record of £1.8 million for the 2017 Turner Prize nominee. The results demonstrate continued strength in the market and strong demand among global collectors as we had participation from bidders from over 25 countries. We experienced very active bidding for fresh-to-market works by German artists including Sigmar Polke, Albert Oehlen and Wolfgang Tillmans, as well as paintings by Jean-Michel Basquiat, Cecily Brown, Adrian Ghenie, Paolo Scheggi. There is great momentum at Phillips as collectors continue to respond to our vision of orchestrating thoughtful, well-curated sales. We look forward to our auctions in New York in November, which will include additional works from the esteemed collection of Anne Marie and Julian J. Aberbach.”

Hurvin Anderson, who is nominated for this year’s Turner Prize set a new auction record for his work at Phillips, afternoon sale with the working achieving £1.81 million ($2.36 million) sale. It was soon superseded at Christie’sEvening sale with a painting selling for  £2.65 million ($3.46 million).