France’s culture ministry entered the first round in a Paris courtroom in an attempt to prevent a recently discovered double-sided drawing of the martyred St. Sebastian by Leonardo da Vinci from leaving the country.

The French government had put a temporary export bar on the artwork, which officials have declared a masterpiece and “a national treasure”. The drawing measures 7½ inches by 5 inches is the second drawing by the artist to be authenticated since 2000. The reverso of the picture shows a scientific study of light and shadow and includes text. It was documented by the artist who referred to eight drawings of the saint in texts and the Codex Atlanticus (1478-1519). This drawing is believed to be one of them.

“This rare item is a precious testimony to the genius of Leonardo da Vinci” The French Culture Minister gave 30 months to find a local buyer for the sketch at market value; Tajan valued the piece at €15m. The drawing was authenticated by Patrick de Bayser and specialist Carmen Bambach of the Metropolitan Museum of Art, New York.

The French government have tried to agree on a sale to the Louvre Museum however, the offer of 10 million euros was turned down by the vendor.  The vendor AKA Jean B.  promptly applied for an export permit permitting him to sell the drawing to a foreign buyer. In the meantime the culture ministry has attempted to discredit the artwork saying it may have been stolen. The case has been adjourned until October 27. 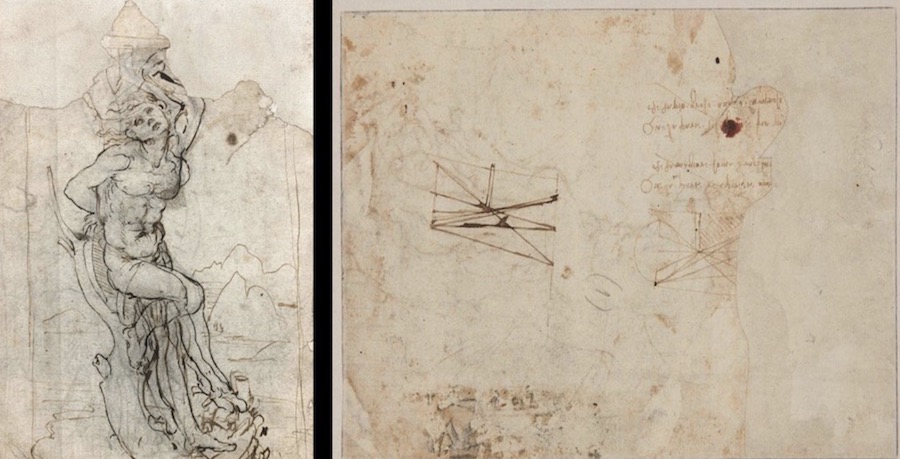 It is one of the few drawings by the Old Master in private hands. The previous record for a da Vinci drawing, the ‘Horse and Rider’ in 2001 was. $11m. Christie’s estimates the drawing will fetch between £8m and £12m, not including fees.

According to Christie’s, The drawing was executed using silverpoint on beige paper and dates to the early 1480s when he created a number of small scale animal drawings.

An expert from the old master drawings department at Christie’s, Laetitia Masson, stated silverpoint is “a very difficult technique because it doesn’t admit any mistake”. It involves applying a silver stick to a specially prepared paper to leave marks and lines, requiring delicate touch and pressure.

The sketch was previously owned by the British painter and collector Sir Thomas Lawrence before being sold at Christie’s in 1860 for £2.50.

The now infamous Salvator Mundi (Saviour of the World), by De Vinci, sold in 2017 to the Saudi Royal Family for a record $450m (£341m). This is the highest auction price for any work of art. – Watch For Updates

Despite sluggish sales at Sotheby’s Old Master’s auction last night, a large painting by the Dutch Master Anthony van Dyck (1599 – 1641) stolen by the Nazis and restituted to a Jewish family by the Monuments Men has realised £2m plus buyers premium.

The Family portrait depicts the painter Cornelis de Vos and his wife Suzanna Cock and their two eldest children, Magdalena and Jan-Baptist. It was recovered at the end of World War II after it was taken by the Third Reich leader Hermann Göring, who was in charge of putting together Hitler’s infamous art collection for his Linz Museum.

The painting estimated at £1 million–£1.5 million ($1.4 million–$2 million) sold for £2m (£2.4m with fees). It is considered an early work from the time when the artist was a student of Peter Paul Rubens.