This exhibition offers crucial evidence as to how Leonardo thought on paper and, as a scientist and artist

Da Vinci is known first and foremost as an artist, but the British Library’s exhibition will focus on his notebooks and the unique and compelling insight they offer into the workings of his mind and his scientific investigations. 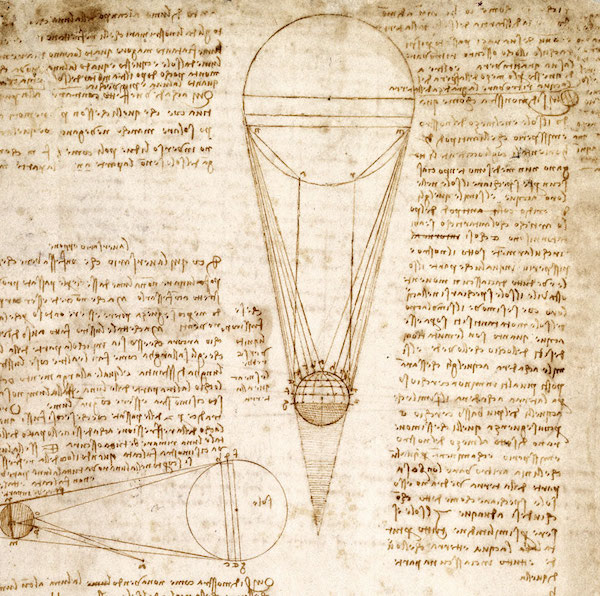 Leonardo’s notebooks reveal his close observations, detailed recording and systematic analysis of natural phenomena, with a particular emphasis on water in motion. Leonardo believed motion was an essential key to understanding the natural world and that water was the driving force of nature.

The exhibition will also look at how the scientific exploration of nature and motion found in his notebooks directly informed his work as an inventor and artist. It offers an immersion in the restless creativity of the notebooks, which will help visitors to see his famous paintings with fresh eyes.

Leonardo da Vinci: A Mind in Motion has been curated by Dr Juliana Barone and British Library curators Dr Andrea Clarke and Stephen Parkin. Dr Andrea Clarke, British Library curator of Leonardo da Vinci: A Mind in Motion, said: ‘This is a unique opportunity to see inside the extraordinary mind of Leonardo da Vinci, and we are delighted to be showcasing his manuscript legacy by bringing together highlights from three of his notebooks, which were all once owned by British collectors, for the first time in the UK.’

Dr Juliana Barone, Associate Curator of Leonardo da Vinci: A Mind in Motion, said: ‘This exhibition offers crucial evidence as to how Leonardo thought on paper and, as a scientist and artist, attempted to understand the natural world in terms of its principles to re-create nature. Through a selection of studies ranging from water flow to geometry, mechanics, astronomy and the human body in motion, the visitor is enabled to sense the depth and richness of Leonardo’s creative mind as well as exceptional ability as a draughtsman in conveying visual knowledge’.

Leonardo da Vinci: A Mind in Motion at the British Library is accompanied by a series of events inspired by the exhibition, including a range of adult learning courses, free family workshops and an audio-description tour for blind and partially sighted visitors, as well as a book edited by Dr Juliana Barone, which is available in hardback from the British Library shop and all good bookshops.