So why is Salvator Mundi the last Leonardo Da Vinci painting in private hands up for sale in a Christie’s Post-War and Contemporary Art Evening Sale? The answer is, this highly controversial work, through authentic is in questionable condition, having been overpainted and badly restored over the years. In fact, the face has a blurry appearance which is miles from its original former glory. This is quite likely why the painting was misattributed for many years.

In 2011, the dramatic public unveiling of Salvator Mundi (‘Savior of the World’) in the exhibition Leonardo da Vinci: Painter at the Court of Milan at The National Gallery, London, caused a worldwide media sensation.

The art critic Edward Lucie-Smith mentioned; “One thing besides being in a horrible condition; the image has unexpected links to Byzantine images of Christ Pantocrator. See text. The difference is that Christ is more usually shown holding a book, rather than holding a crystal globe.

Christie’s says, “The Salvator Mundi is the Holy Grail of old master paintings. Long-known to have existed, and long-sought-after.”

The painting, ‘Salvator Mundi’ dating from around 1500 has had a colourful history. It was first recorded in the Royal collection of King Charles I (1600-1649), and thought to have hung in the private chambers of Henrietta Maria – the wife of King Charles I – in her palace in Greenwich, and was later in the collection of Charles II. Salvator Mundi is next recorded in a 1763 sale by Charles Herbert Sheffield, the illegitimate son of the Duke of Buckingham, who put it into auction following the sale of what is now Buckingham Palace to the king. 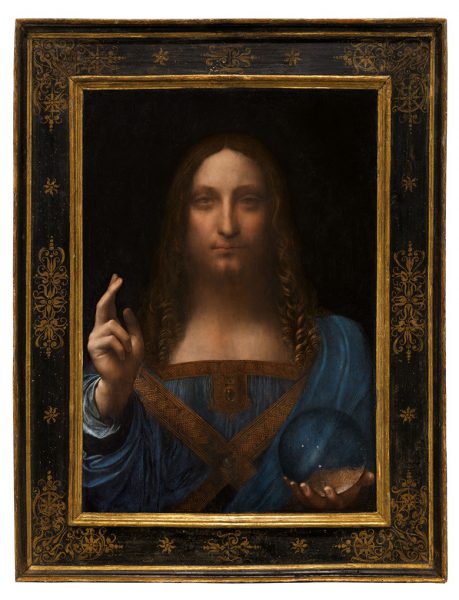 In 2005: An undisclosed consortium of American businessmen purchased the painting. The press reports gave conflicting accounts of whether the Salvator Mundi’s owners were going to sell it to the Dallas Art Museum however this was blocked and the painting was brokered through or sold to the disgraced Swiss art dealer Yves Bouvier for $80m. Bouvier then sold the Da Vinci to the current owner Dmitry Rybolovlev, the boss of AS Monaco football club. The Russian billionaire paid $127.5 million for the artwork and has been attempting to sue the slippery Yves Bouvier for overcharging him, by pocketing a $45m commission for the sale. Bouvier brokered 37 paintings valued at $2.1 billion to Rybolovlev, who now accuses him of conning hundreds of million dollars in overcharges.

Salvator Mundi, a painting one would expect to see in an Old Master’s sale is going head to head in a Contemporary art auction, on Wednesday 15 November. It will be sold alongside Andy Warhol’s Leonardo-appropriated silk-screen “Sixty Last Suppers.” A 1986 painting, which measures more than 30 feet wide. It is estimated to sell for $50 million. Other paintings in the sale include usual suspects, Basquiat and Rothko.

The auction house declined to comment on the controversy and identifies the seller as an European collector. It has valued the painting at $100 million.

Christie’s New York, Rockefeller Center where it will go under the hammer on 15 November 2017 at 7 pm EDT 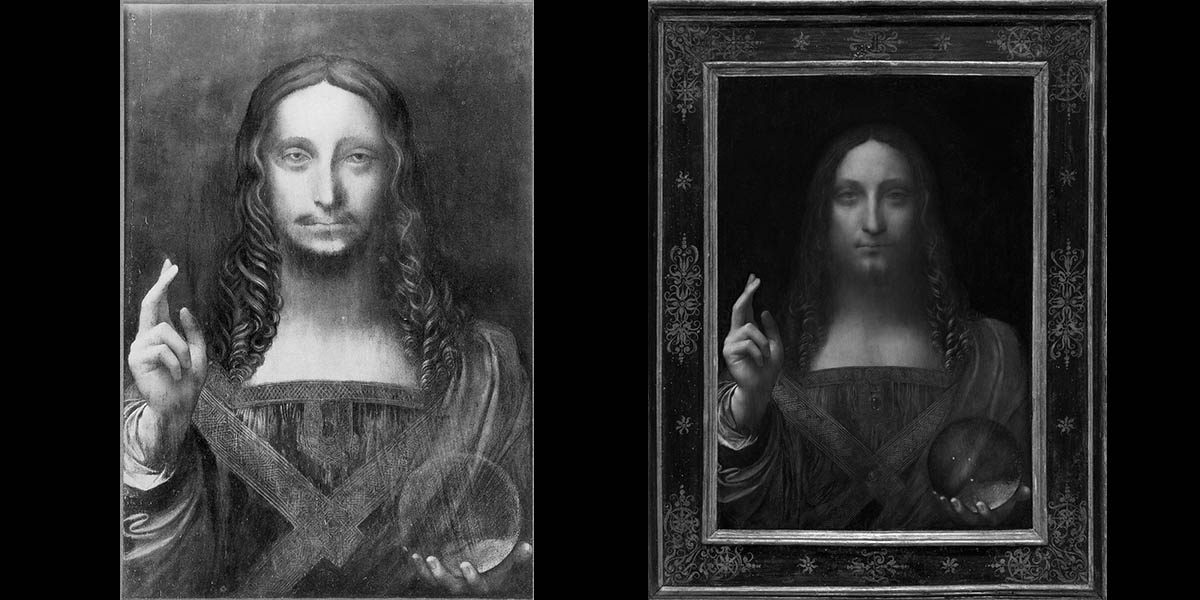