Damien Hirst is producing his own NFTs (or non-fungible tokens) plus a cryptocurrency. He is accepting the cryptocurrencies Ether or Bitcoin for payment. Hirst recently released a new edition of Cherry Blossom Giclée prints bringing in $22.4 million and selling 7,481 at $3,000 a pop. The editions were time-sensitive, and edition numbers were determined by the amount traded. 693 to 1,549.

“Ever since I made the diamond skull, I’ve been thinking about wealth and value. I have been working on a for the last five years. It’s been blowing my mind. It explores and challenges the concept of value through money and Art. For the past three years, the project has been expanding into the blockchain and NFTs. I have been working on this project closely with HENI, which have partnered with the leading tech company in the crypto world. It involves 10,000 original works of art on paper, which I call “The Currency”. I made them all five years ago, and they are in a vault but about to come to life through their launch on the blockchain. They also exist as NFTs and a related cryptocurrency. The whole project is an artwork, and anyone who buys “The Currency” will participate in this work. It’s not just about owning it. It is the most exciting project I have ever worked on by far. 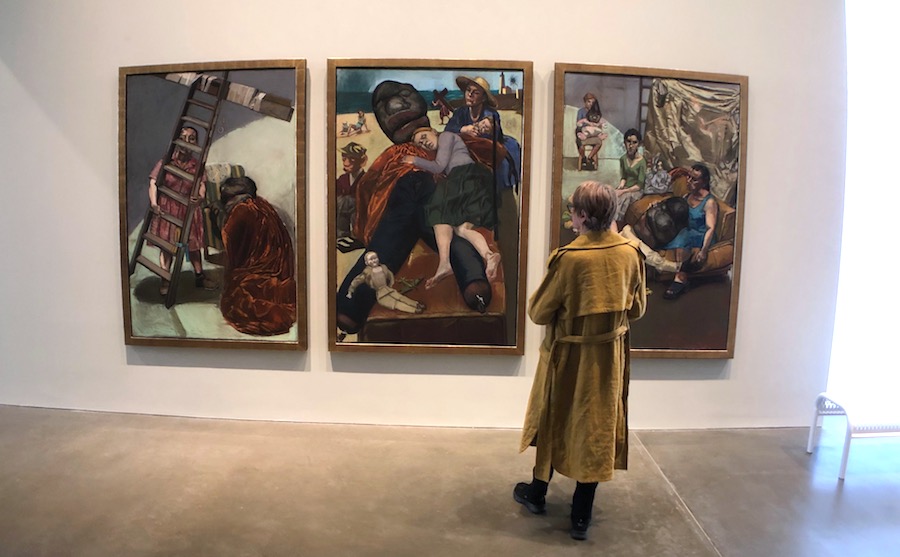 An international study by researchers at Monash University, Maastricht University in The Netherlands found that 96.1 per cent (2,572,346) of all artworks sold at auctions worldwide between 2000 and 2017 were attributed to male artists.

Although female artists’ work is average 4.4 per cent more expensive, the factor contributes to higher barriers for women to enter the art market, researchers say. Women artists are almost exclusively absent from the top echelons of the total value of Art sold at auction. Forty-two men occupy a maximum of 0.03 per cent of the market, where 40 per cent of the sales value is concentrated. Just one woman artist, Joan Mitchell, cracked the top 50. The findings of this study were published in the Journal of Cultural Economics.

Dr Marina Gertsberg, Lecturer in Banking & Finance in the Monash Business School and co-author of the study, said even with a near equal share of women and men pursuing acceptable art degrees, women find it more challenging to turn that interest into saleable artwork.

“Women might feel discouraged by their market prospects at the very top, or they might experience discrimination by dealers and buyers who ascribe higher potential to men at the very top. Increasing the visibility of female artists and giving them the chance to compete early on in their careers is, therefore, most important in improving female representation,” Dr Gertsberg said.

“There is currently some movement in this direction. Museums and galleries are increasing the share of female artists on display. This helps buyers to be acquainted with female Art and gain more confidence in it. At the same time, Dr Gertsberg says it is important not to segregate female and male artists.

“For example, “women-only” exhibits do not allow the audience to compare artworks by males and females and pushes female Art to a niche category. Women should be given a chance to compete side-by-side with men,” she said.

“The fact that the auction prices are higher for an artwork by women than artwork by men, after accounting for artwork style and other characteristics that affect prices, shows that women can compete in given a chance given a chance.”

This investigation considered the prices paid at auction for artworks created by male and female artists based on birth-,identified, sex, and how these prices have evolved. Their dataset comprised almost the total population of global art auction transactions from 2000 to 2017, covering more than 1800 auction houses.

While there are about 110,938 male artists with work on display and up for auction at significant galleries, there are only 5612 female artists present. The proportion of female artists is highest for contemporary Art (9.3 per cent) and the least for artwork from the “old masters period (2.9 per cent).

Dr Gertsberg said the career trajectories of female and male artists are likely to diverge very early and formulate policy; it is essential to identify when female artists encounter barriers that force them to drop out of the profession.

“The fact that we observe higher median prices for female artists indicates that buyers perceive the quality of artworks by female artists as overall better than the artworks of male artists. We would not expect this difference in quality if men and women faced the same difficulty in entering the market,” Dr Gertsberg said.

“It might seem counterintuitive, but we would like to see the average price for artworks produced by women fall to the level of men. This would imply that male and female artists’ quality is similar and suggest that the playing field is truly equal.” 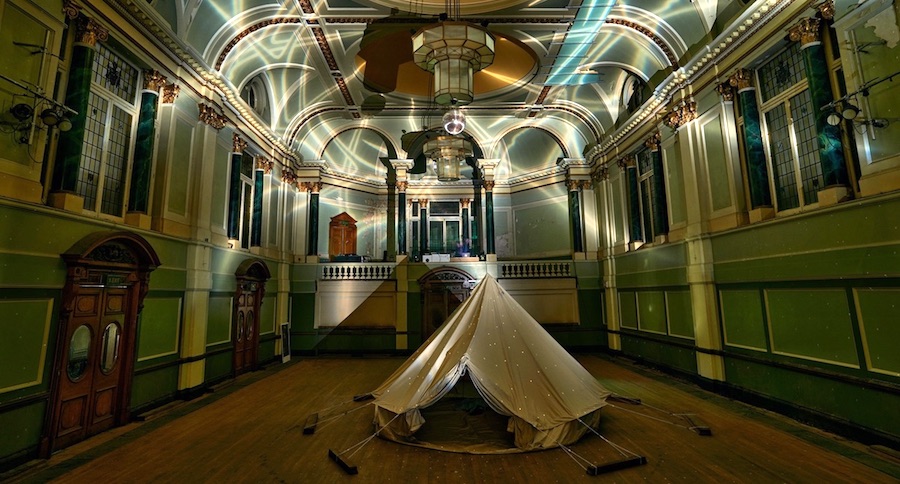 The elegant former Fulham Town Hall will open its doors after lockdown for the first time in a decade as it plays host to Art in the Age of the Now, a group exhibition that brings together contemporary Art, live music, talks and performance art.

This iconic, deserted 51,000 sq ft Victorian space in West London, empty for over ten years, will be open to the public this May once the current lockdown is eased. Overseen by curator Ben Moore (Art Below) and co-presented by hotel operator Lamington Group, Art in the Age of Now is a free event for the local community and features a unique programme of installations, guest exhibitions, live performance art, music, talks, readings and screenings in the atmospheric setting of Fulham Town Hall before owners Ziser property redevelop the building and give the iconic space a new lease of life as a creative community hub and boutique hotel in 2022.

Many of the landmark building’s beautiful original fittings are preserved and will remain in their future life as a hotel and entertainment space. The elegant architecture and decorative features include green marble columns, stained-glass roof lights, wrought iron balustrades, and art deco lighting. Visible deterioration adds to the character, and its beauty seeps through cracks of decay and peeling wallpaper.

Built-in 1890 features a beautiful grand ballroom, a courtroom in the round with original stained-glass windows and tiered seating, civil registration and function rooms. Each area will be taken over by some of London’sLondon’s most exciting established and upcoming contemporary artists. The cells in the building’s basement vault beneath the courtroom, complete with the original bars from their time as holding chambers, will be transformed into mini art spaces for emerging talent.

The venue itself is an embodiment of local history and community; it has played host to countless marriages and christenings and performances from legendary London bands such as The Clash and The Slits. Now, this ornate grade II listed landmark will be brought to life through an engaging multidisciplinary exhibition.