David Hockney unveils his first retrospective at Tate Britain opening to the public 9th February. Artlyst attended the press view and can confirm the hype is justified (Read our review by Edward Lucie-Smith online tomorrow).  Hockney is regarded as one of the most popular living artists and at the age of 80 has developed through a number of styles and mediums. The exhibition covers painting, drawing, photography as well as video. The show will tour from London to the Centre Pompidou and The Metropolitan Museum showcasing in London, Paris and New York. 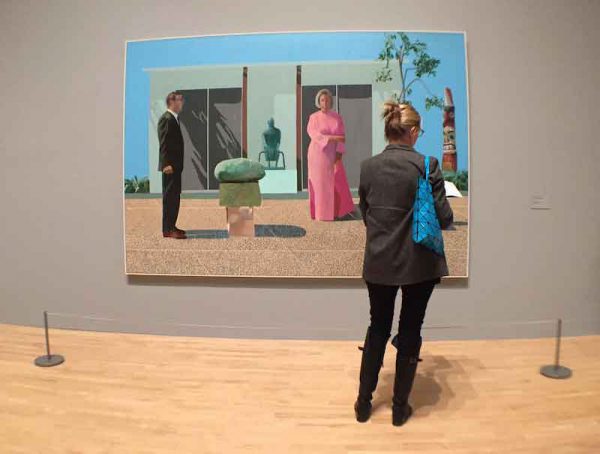 David Hockney (b.1937) had a lot to do with the curation and overseeing of the exhibition which presents a chronological overview, tracing his development from the moment of his prodigious appearance on the public stage as a student in 1961, through to his iconic works of the 1960s and 1970s, and on to his recent success at the Royal Academy and beyond. The exhibition was curated by Chris Stephens, Head of Displays & Lead Curator, Tate Britain  Andrew Wilson, Curator Modern and Contemporary Art and Archives, with Assistant Curator Helen Little.

‘It has been a pleasure to revisit works I made decades ago, including some of my earliest paintings’ – David Hockney 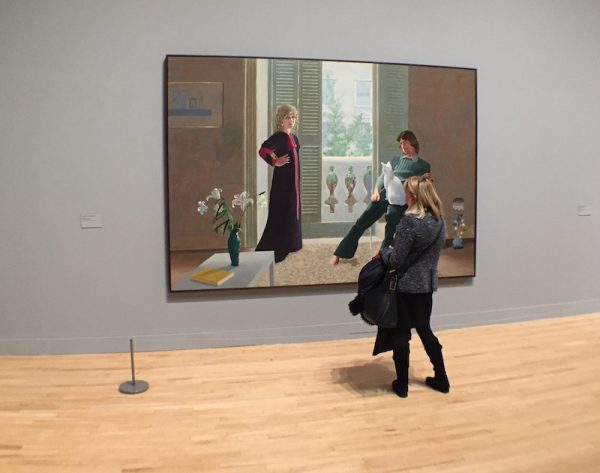 The exhibition will show how Hockney has questioned the nature of pictures and picture-making and challenged their conventions. His art is one of the great landmarks of post-modernism, using parody and self-reflection, and playing with representation and artifice. This can be found from his very early works, such as the Love paintings of 1960 and 1961 which subvert the language of abstract expressionism into homoerotic autobiography. The witty and brilliant invention of Hockney’s classic works will be explored, including his portraits of family, friends and himself, as well as his iconic images of LA swimming pools. It will also include his celebrated Yorkshire landscapes of the 2000s and work made since his return to California in 2013. 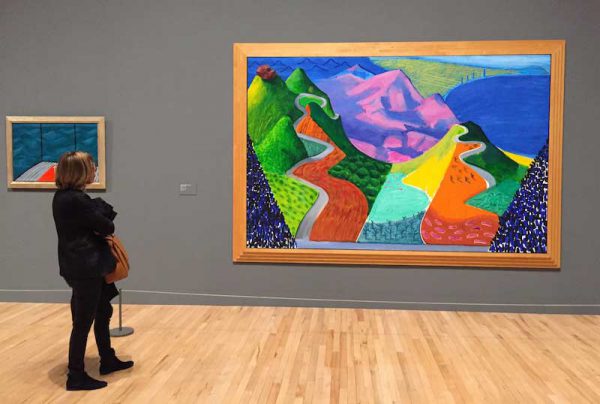 ‘It has been a pleasure to revisit works I made decades ago, including some of my earliest paintings. Many of them seem like old friends to me now. We’re looking back over a lifetime with this exhibition, and I hope, like me, people will enjoy seeing how the roots of my new and recent work can be seen in the developments over the years;’ Hockney stated. 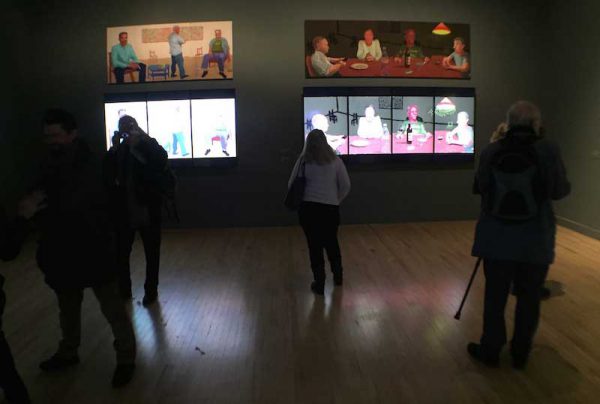 Alex Farquharson, Director, Tate Britain said: ‘David Hockney is, without a doubt, one of Britain’s greatest living artists. His practice is both consistent, in its pursuit of core concerns, while also wonderfully diverse. Hockney’s impact on post-war art, and culture more generally, is inestimable, and this is a fantastic opportunity to see the full trajectory of his career to date.’
DAVID HOCKNEY RETROSPECTIVE TATE BRITAIN 9 February – 29 May 2017 Open daily 10.00 – 18.00 Better book now as this may prove the all-time most popular exhibition for Tate.