“Just don’t be dull and fucking boring, that’s the golden rule.” said; Muriel Belcher, owner of London’s demimonde Colony Room Club. She would use that now infamous phrase when interviewing prospective members. Unlike most London clubs, all races, sexes, sexual orientations, ages and classes were welcome, as long as they weren’t BORING!

The legendary and infamous Soho club was a favourite haunt of: Francis Bacon, Lucien Freud, Dylan Thomas, Christopher Isherwood, Henri Cartier-Bresson and many other creative luminaries. If we can apply Muriel’s criterion to human beings, we can also do so to works of art. Why not?  After all, artists produce work that embodies their own values, experiences and personalities. You are your art and your art is you. 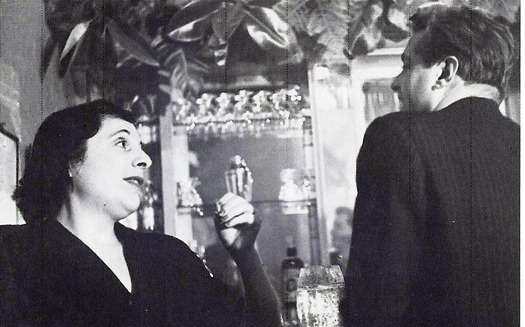 So, if you think of works of art, not as inanimate objects, but as human beings, how many would you consider interesting, or boring?  Would you bother with most of them?

Be honest. Nah – In 1971, or was it ’72?, I came to that conclusion about my work and threw most of it over New Cross Bridge, on the Goldsmith’s side of the tracks. I’ve just discovered that John Baldessari also burnt all his paintings in 1970 – a year before me. He then went on to declare that he wouldn’t produce any more boring art. He wrote it over and over again. 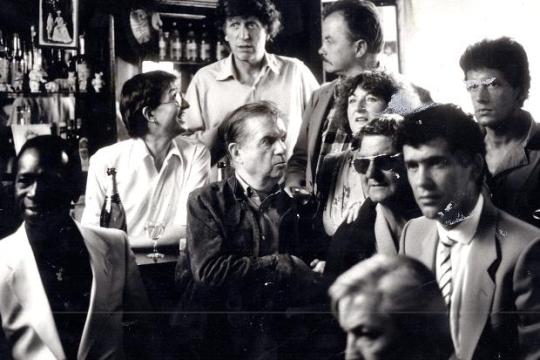 I didn’t, I gave up art altogether. I tested Marshall McLuhan’s dictum that “Advertising is the greatest art form of the 20th century” and ended up creating work for, amongst many others brands, Silk Cut and B&H. I eventually grew bored and wanted to try art again.

By coincidence, when I returned to art school many years later as a very mature (some would argue the point) student, now Central St Martins, I had dozens of postcards from an ad agency promotion that I had produced. They had one word on them, “BORED?”

So, together with some fellow students, I used to go to galleries in 2006/7and put “BORED?” cards against anything we thought was really boring.

One day we went mob-handed to the Tate Modern with me wearing dark glasses and carrying a white stick. I tapped away cautiously in front, stopping next to the occasional painting, Facing the wrong way I asked in a loud voice, “What is it? What colour is it?!

Other visitors were aghast and gave looks of real pity as my fellow seers described the work to me. Just to mix things up, they would deliberately describe some incorrectly. A few onlookers were outraged, but we ignored them. When I tried to touch sculptures, shame-faced attendants would quietly and with profuse apologies, take me aside by the elbow and whisper that the works could not be touched. I came across that particularly pointless and boring paintingy thing by Christopher Wool which bears (bore) the (oh dear) phrase, “You make me feel…”

I held the “BORED?” card in the space after the vacuous phrase and suddenly a group of people behind me got very excited. “Wow, it’s the artist. That’s really amazing.” One even asked, “Do you do have to do that every day?” They started shooting away with their phones until one of the Tate attendants (?) got off his stool started towards us. Like Donald Zec, I made my excuses and left.

I learned recently that the whole episode was reported by Mark Lawson on Channel 4. Still haven’t seen it. 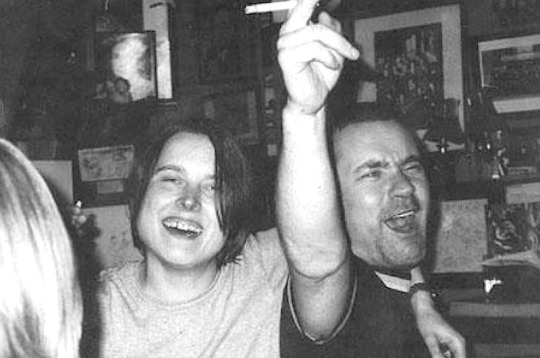 So, why is so much contemporary art so fucking BORING!? Perhaps many artists are trying too hard to be different.

I can’t quite believe I’m quoting Damien Hirst, but in 2012, he said something quite intelligent on the subject in and interview with Catherine Mayer in the Guardian, “I remember seeing Picasso’s bull’s head made from a bike handlebars and seat, and thinking, ‘Fuck, that is brilliant, amazing to be that original.’”

He went on, “Once you say, ‘Don’t try and be original, just try and make art,’ then you go, ‘Fucking hell, I can make great art,’ because you’ve suddenly got the freedom – the same that advertisers have got to take from anywhere to communicate an idea.”

Mozart put it another way when he wrote, “I don’t try to be different, I just am.”

Anyone who has attended a life drawing class knows that Mozart was right. You can have thirty people all drawing the same subject – and every one will be different. They will vary in terms of technique, proportion, accuracy, style, expression, purpose, emotion…

So, perhaps the answer is not to try to be different or original, but to be honest, to be yourself. If others like it, good. If not, Fuck ‘em.