Darren Coffield’s new book “Tales from the Colony: the Lost Bohemia of Bacon, Belcher and Board” is an authorised history of London’s most notorious arts club. The Colony Room Club was dominated, indeed created, by two personalities – its owner and founder, Muriel Belcher, a tough, sharp-tongued veteran of the Soho drinking club scene, who opened the Colony Room in 1949; and the artist Francis Bacon who was one of her first customers, and became Belcher’s co-conspirator when she paid him a retainer to bring in his rich pals. Ian Board served behind the bar at the Club for 46 years, first as Muriel’s barman and after her death as proprietor.

The Colony was a perfect Soho mix of class, colour and status

Ten years after it closed, and almost seventy since it opened, this book puts the record straight by drawing on a wealth of new material taken from audio tapes given to Coffield by the Colony’s last proprietor Michael Wojas. This includes previously unpublished interviews with Jeffrey Bernard, Daniel Farson, Ian Board and Francis Bacon, who, as one would expect, gives his outspoken opinion of some of the members. Coffield has also tracked down many leading habitués and conducted interviews that feature their personal reminiscences and memories that range from the poignant to the vitriolic. This wealth of material is accompanied by many unpublished photos from the Club. The Club has become the stuff of Soho myth, the truth often lost in a fuddled alcoholic mist, but Coffield explains: “the aim of this book is to give the reader a flavour of what it was like to frequent the Colony and its environs by using the authentic voices of those who were actually there.” 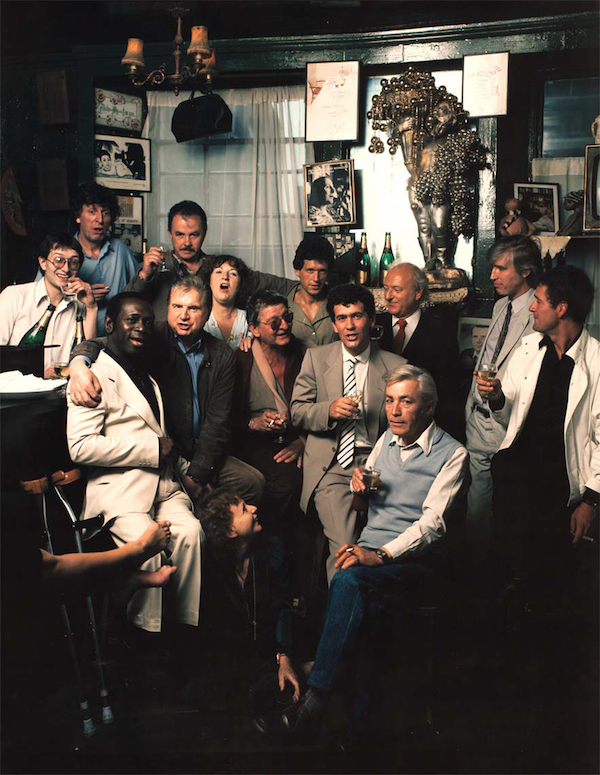 The draconian licensing laws, whereby the pubs were closed from 3 pm to 6 pm created a mid-afternoon vacuum filled by over 200 small members clubs and “bottle parties” in the West End. While many of these of these disappeared over time, especially after the introduction of all-day opening in 1988, the death knell for much of Soho, The Colony Room Club survived – a continuous party from 1949 to 2008 that you could drop in and out of.

Imagine a tiny room, the size of a modest living room, at the top of an undistinguished staircase behind an anonymous door on Soho’s Dean Street. The walls were a distinctive but rather bilious green, and there was a bar at one end and a single unisex toilet at the other. Coffield describes it as a “theatre of hate” where the vituperative regulars gave as good as they got. Strategically placed mirrors enabled both staff and drinkers to keep an eye on each other, and the modest space even hosted cabaret nights, giving many performers, the Magic Numbers, for instance, their first break. Soho regular Edwina “Eddi” McPherson sums it up:

“The club was like a performance space. They were being watched and were watching themselves in the mirrors. I would go to the club in the afternoon. The odd afternoon hours were always the best time to meet the most eccentric members – people who don’t actually work.” 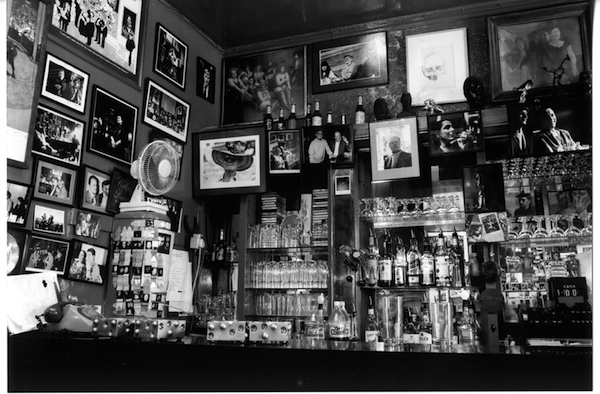 The Club’s reputation for louche characters hurling insults at each other, and the owner’s habitual and convivial greeting of “hello cunty”, made for a perfect Soho mix of class, colour and status. The Aristocracy rubbed shoulders with poets, painters, writers, tailors, sailors, editors, African chiefs, Lords, landowners, barrow boys, musicians, singers, strippers, stagehands and petty crooks as the club’s membership ran the whole gamut of types, trades and professions who lived or worked in London’s West End. Purchased bottles of champagne were kept behind the bar, and a well-heeled member would often find their bottle mysteriously low, while a more impecunious member at the other end of the bar had a full glass, care of the caring bar staff. Noms de guerre were popular at the Colony: they included: Twiggy, Hitler, Brian the burglar and Butterlegs (apparently so called because they spread so easily!) People went there for sanctuary, and Coffield claims that 30 years on, he still doesn’t know what many people that he met there do.

The lethal triangle of The French, The Coach & Horses and The Colony were the staging points of the Dean Street shuffle, with occasional forays into other joints such as The Gargoyle or The Mandrake in the early days and The Groucho or Blacks at the end. During the period that Damien Hirst and other YBAs made it their watering hole of choice, clambering out of the toilet window and sneaking across the roof and in through a Groucho window was a popular jape. 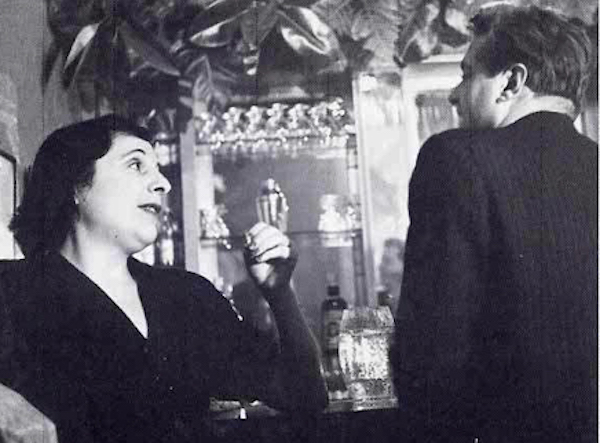 Many Sohoites mourned the passing of the Colony, and the old refrain of “Soho isn’t what it used to be” is frequently heard. It has never been – Colin McInnes said the same thing around the time that he wrote “Absolute Beginners” in 1959. At a time when “Absolute Hell”, Rodney Ackland’s 1952 play, set in 1945, about another Soho drinking joint is playing to packed houses at The National Theatre, it is an appropriate time to take a nostalgic voyage through the salacious underbelly of the post-war art scene.

With a glass of Champagne in your hand, get laid with Lucian Freud, queue for the loo with Christine Keeler, go racing with Jeffrey Bernard, and pass out with Peter Langan. I well remember the neon sign that was propped up against the altar at the funeral of the Colony’s last proprietor Michael Wojas: DRINK UP / PAY UP / FUCK OFF – ah, happy days!

Join the party Here where you can also pick up unique Colony Room Club ephemera.

Tales from the Colony: The Lost Bohemia of Bacon, Belcher and Board” by Darren Coffield available to pre-order Here