The Dulwich Picture Gallery, the oldest public gallery in the UK is to reopen on Thursday (28 November) following a break in which targeted two masterpieces by Rembrandt. This will be the first time the gallery has allowed public access to the museum since the attempted theft on 12 November.

The gallery announced on their website,” We look forward to welcoming visitors again to Rembrandt’s Light and our Collection. We are very sorry for any disappointment caused by our closure. Thank you for your understanding and support”. 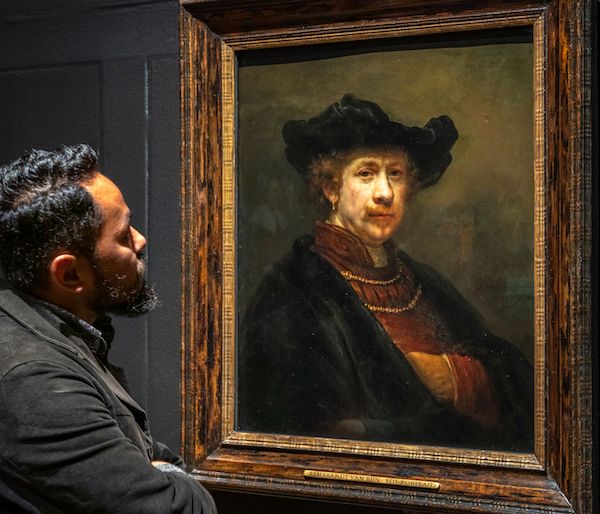 Intruders forced their way into the museum and attempted to steal the artworks, some of which were on loan from The Louvre and Amsterdam’s Rijksmuseum. After triggering the alarm, the police arrived before the paintings were taken from the premises. The gallery has revealed the Rembrandt’s have now been returned to their lenders.

A spokesperson for the DPG said, “The building had been shut while a “full investigation” into the break-in was taking place, but it was now “ready to reopen”. Police described the intrusion as an “audacious attempted burglary” which had been “clearly planned in advance”.

The intruders only escaped by spraying a police officer with an unknown substance as they were being chased. The Metropolitan Police said no arrests had been made over the break-in. The gallery their “robust security” and “the swift response of the Metropolitan Police.”

The Rembrandt’s Light exhibition marks the 350th anniversary of Rembrandt’s death (1669). Rembrandt’s Light explores the artist’s mastery of Light through 35 of his most magnificent paintings, etchings and drawings. London’s moment in the ‘Year of Rembrandt’ will bring together significant international loans including ThePilgrims at Emmaus, 1648 (Musée du Louvre, Paris) and – shown for the first time ever in the UK -Philemon and Baucis, 1658 (National Gallery of Art, Washington DC),Tobit and Anna with the Kid,1645 and The Dream of Joseph, 1645 (Gemäldegalerie, Berlin).

Arranged thematically, the exhibition traces Rembrandt’s mastery of Light and shadow, revealing how he used both for dramatic effect, from evoking different moods in religious and mythological stories to depicting raw human emotion in the subjects he knew well. It focuses on Rembrandt’s critical middle period of 1639-1658 when he lived in his dreamhouse on the Breestraat in central Amsterdam. The large-scale windows of this spacious home (today The Rembrandt House Museum) gave him access to the ideal Light for creating art.

Dulwich Picture Gallery, founded in 1811, is the world’s first purpose-built public art gallery. It cares for and displays an outstanding collection of Old Master paintings within Sir John Soane’s pioneering architecture. As an independent gallery, which receives no regular public funding, it pursues its founders’ purpose of presenting art ‘for the inspection of the publick’ while engaging as many people as possible, of all ages and backgrounds,through a creative programme. Entering the gallery space visitors discover a surprising and contemplative experience that encourages the discovery of personal connections with historical works of art – a place to Find Yourself in Art.