A cache of over four hundred homo-erotic drawings by the Bloomsbury artist Duncan Grant has been found decades after experts believed they had been destroyed.

All the works were done in the 1940s and 1950s,” when homosexuality was still illegal – DC

“They depict “every conceivable act of couples… it’s quite a Kama Sutra of Duncan Grant’s sexual imagination” says Dr Darran Clarke head of collections at Charleston, the Sussex farmhouse and museum where Grant and Vanessa Bell lived and worked.

All were executed during the period when homosexuality was criminalised. Grant was born in 1885 and died in 1978 at age 93. He would have been ten when Oscar Wilde was jailed for gross indecency. His birth would have also been seven months before a parliamentary act was passed that criminalised all male homosexual acts in England. 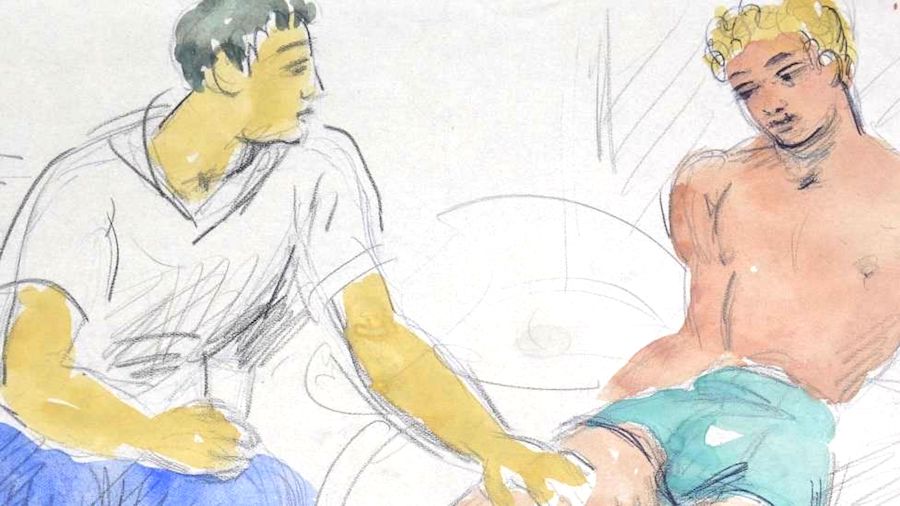 Duncan Grant, detail from an untitled drawing (c. 1946–59). Photo courtesy of the Charleston Trust ©the Estate of Duncan Grant, licensed by DACS 2020.

Despite being an openly gay man, he fathered a child with Vanessa Bell, the sister of Virginia Woolf. In the collection, “There’s a strong theme in the work of interracial sex, of white and black males together. Duncan Grant had black friends who were models, who were also lovers throughout his life.”

Dr Clarke said the drawings were “significant” because: “This is the inner life. This is his passion. This is what he was interested in.” But Grant also knew how dangerous the works could be. In 1959 he gave them to his friend and fellow artist Edward Le Bas in a folder marked “These drawings are very private”. When Le Bas died in 1966, it was widely believed they had been destroyed, even burned, because they were so explicit. 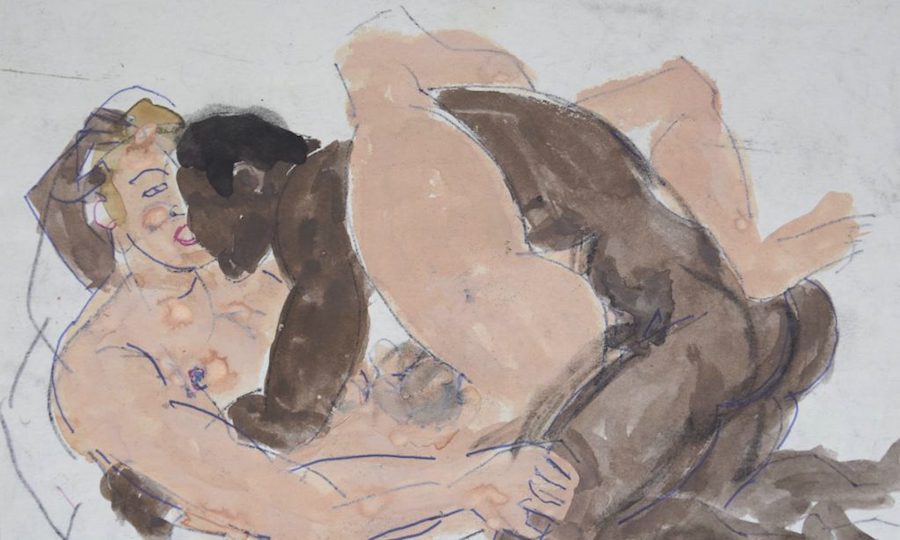 Duncan Grant, detail from an untitled drawing (c. 1946–59). Photo courtesy of the Charleston Trust ©the Estate of Duncan Grant, licensed by DACS 2020.

“That is the fate of a lot of queer history,” said Dr Clarke. “Relatives have destroyed it to protect the reputations of the person who has died or the family as a whole.” However, the truth was they were rescued and eventually passed to theatre designer Norman Coates 11 years ago. And where did he keep them? “Under my bed,” he said. “It’s rather appropriate, isn’t it?” “But I would be careful not to show them to certain other people, like my mother.”

Coates has however now decided the drawings need a wider audience, so has given them to Charleston, Grant’s former home and studio in Lewes, East Sussex. “They have been weighing heavily on my mind and I’ve been wondering who I might pass them on to and I thought this could go on for centuries if we don’t kind of stop it. “So I just think the time has come, the world has changed, Duncan Grant has been gone a long time.” The artist died in 1978 at the age of 93.

Due to the coronavirus pandemic, Charleston is currently closed to visitors. The trust is desperately in need of cash for the upkeep of the farm and has lost millions in revenue due to the closure of the museum. It has stated they will not sell the drawings, which are valued at £2m.

The Charleston Trust hopes the collection will encourage donations when it launches a crowdfunding campaign with The Art Fund next week to raise money to help it reopen – and put these private drawings on public display for the first time.