In a career that spanned seven decades, Moses received national and international recognition for his practice known for its restless intensity and ever-evolving style. Considered one of Los Angeles’s most innovative painters and a central figure in the city’s art scene, Moses often referred to himself as a “mutator”, driven less by the desire for self-expression than by an insatiable curiosity to explore and discover. 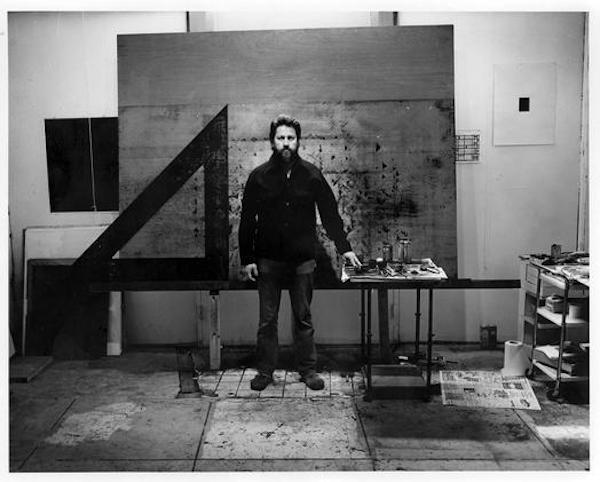 Ed Moses was born on April 9, 1926 in Long Beach, California. Moses did not initially choose the artistic path. After serving as a surgical technician during World War II, Moses intended to become a doctor. He enrolled in Long Beach City College’s pre-med program, but dropped out, citing his inability to memorize the curriculum. On a whim, he took a life-changing class with artist Pedro Miller, who recognized the spark of untapped talent. Moses changed course and enrolled in UCLA’s MFA program. There he met artist Craig Kauffman who introduced him to the future Ferus Gallery owner Walter Hopps.

Moses had his first exhibition at Ferus Gallery in 1958 while still a graduate student at UCLA. It was at Ferus that Moses would become a member of the raucous group of artists known as the “Cool School”; a group that included Kauffman, Billy Al Bengston, Robert Irwin, Edward Kienholz, Ken Price, Ed Ruscha, Larry Bell, John Altoon and Wallace Berman—all of whom pushed the boundaries of Post-War art and shaped the nascent LA art scene at a time when almost none existed. His decades long friendships in the art world include Frank Gehry, Tony Berlant, Vija Celmins, Alexis Smith, and James Hayward.

A Buddhist practitioner since 1978, Moses worked in the moment, embracing and responding to elements of chance and circumstance. Endlessly intrigued with the metaphysical power of painting, he created works that embraced temporality, process and presence, remarking that “the point is not to be in control, but to be in tune.”

Ed Moses obsessively mined the possibilities of abstract painting for over 60 years, leaving an indelible mark on the contemporary art world. He was extraordinarily productive; even in his 90s he showed little signs of slowing down, painting daily as he had done for decades outdoors in his Venice studio.

His first museum shows were in 1976: a drawings show of works from 1958-1970s at the Wight Gallery at UCLA, and a show of new abstract and cubist red paintings at LACMA curated by Stephanie Barron, marking a transitional moment in his career. While drawing was prominent in his work in the 1960s and early 70s, by the mid-70s, Moses turned primarily to painting.  He was the subject of a major retrospective at MOCA Los Angeles in 1996, and in 2014 he showed at University of California Irvine where he had taught in the 70s. On the occasion of his 2015 LACMA exhibition of drawings from the 1960s and 70s organized by Leslie Jones, Director Michael Govan commented “Ed Moses has been central to the history of art making in Los Angeles for more than half a century.” That exhibition included more than 40 drawings promised to the museum by the artist.

In September 2016, albertz benda presented Moses’s first East Coast retrospective, and has since had the great pleasure of sharing his work with New York audiences.

Ed Moses is survived by his wife, Avilda, sons Cedd and Andy, their wives Pamela and Kelly, and grandchildren Maxwell and Violette.