Ellora Sutton and Elsie Hayward have been announced as the inaugural winners of the Artlyst Art to Poetry Award, a new international ekphrastic poetry competition, run by Artlyst in association with The Poetry Society. Read the winning poems here.

Ellora Sutton is the winner of the adult Artlyst Art to Poetry Award for her poem ‘The Angel Gabriel Visits Mary in Bedlam (Ecce Ancilla Domini!)”, based on Dante Gabriel Rossetti’s oil painting ‘Ecce Ancilla Domini! (The Annunciation)’ created in 1849-50. Ellora won the top £1,000 prize for her winning poem, beating off competition from over 1,500 other poems. 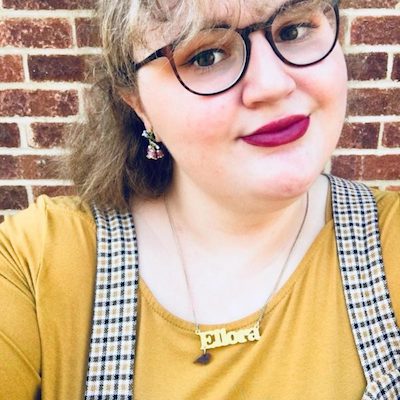 Sue Hubbard, who was the chair of the judging panel, said of Ellora’s winning poem: “The Pre-Raphaelites, as did many in the 19th century, saw women as either madonnas or whores. An excess of sexual ardour was considered, to use Freud’s later term, to be a form of hysteria. This excellent poem captures both the eroticism and possible madness of its female subject. Her sense of despair at not being believed – ‘talking in tongues’ as described in the doctor’s notes – as well as her desire for sexual union and sacrifice. The language is raw, rich and physical creating, as does Rossetti’s painting, an emotionally tense tableau.”

Ellora, who lives in Hampshire and is studying an MA in Creative Writing with the Open University said on her win: “Winning this award means so much to me, I still can’t quite believe it! It’s given me such a boost in confidence, and the prize money will really help with my studies.”

Elsie Hayward, 15, is winner of the youth prize, winning £100 in book tokens for her poem ‘Cartoon’, inspired by Leonardo Da Vinci’s charcoal and chalk drawing ‘The Virgin and Child with St Anne and St John the Baptist’ (c.1499-1508), which is currently kept in a dark room at the National Gallery in London.

The youth competition was judged by Frances Segelman (Lady Petchey), Helen Bowell from The Poetry Society and the Poet Rachel Long. Second prize in the youth competition was won by Anne Kwok inspired by a painting by Odd Nerdrum and third prize by Emma Miao, 15, for her poem based on a Bob Ross painting. The highly commended poets included Annie Davison, Charlotte Hughes, Esther Kim, Jewel Cao and Anna Westwig. Frances Segelman (Lady Petchey) said; “I am so delighted to see such energy and enthusiasm coming from the Young Poets who entered the competition this year. It is wonderful to see visual art and poetry merging”.

Judges’ poems were read by Sue Hubbard and Kelly Grovier with a discussion featuring Sean Scully defining ekphrastic poetry from the artist’s standpoint.

All the winners and highly commended poets will have their poems published on The Poetry Society’s website and will be published in a forthcoming anthology of winners for the Artlyst Art to Poetry Award, which will feature artwork by celebrated artist Sean Scully.

The winners were announced at a live awards ceremony run on digital platform Zoom on the evening of Thursday 30 July 2020.

Watch this space to pre-order your copies of the Artlyst Art to Poetry Anthology.