Fatos Üstek, one of the most highly regarded young curators in the UK, has departed from her post as Director of The Liverpool Biennial. The situation prompted other directors to resign, including, Jonathan Sharples, an art and intellectual property lawyer, and the artist Fiona Banner. She told ARTnews that her departure came amid disagreements over the purview of her role.

“Governance issues with a lack of clarity on roles and responsibilities, and processes not being followed, taken together made my role untenable,” Üstek said in a statement to ARTnews. “I am sad that I cannot continue to lead the amazing Biennial team in delivering the coming and future editions. Liverpool is an exciting and dynamic city and I am immensely grateful for the support of a strong network of colleagues who are making incredible advancements in the arts and culture.”

The Liverpool Biennial spokesperson sent a statement from Soriano that reads, “We are all deeply grateful for Fatos’ contributions to the Biennial. We want to thank her for her work during these past difficult months, facing all the challenges of the Covid-19 pandemic with energy and fortitude.”

Üstek said that when she left, the Biennial was about 80 percent complete. In the months leading up to her resignation, she had been working to make the event Covid-friendly, rejiggering projects to conform to newly instituted safety protocols and working with artists who wanted to make alterations to the artwork they were to exhibit. (Many of the works in the forthcoming edition are commissions.) In June, Üstek told Artnet News, “It is not easy to pull off a biennial right now.”

The Society of Antiquaries

The Society of Antiquaries May Be Forced To Relocate

The Society of Antiquaries in London could be forced to sell off works from its collection to pay for new premises after unfair Government rent increases. The educational charity near the Royal Academy says the escalating rental rates set by the UK government was. “Due to a change in government accounting rules the Society is now being forced out… rent has increased by 3,100% since 2012” The rent rose from around £4,800 to £150,000 per annum, an increase of 3,100%. Some have said; “New Burlington House seems to be treated as an investment property.”

The Society was founded in 1707 and had 3,000 “Fellows” including art and architectural historians. Charitable objectives are to foster public understanding of cultural heritage (national and international), to support research and communicate the results and to engage in the formulation of public policy on the care of our historic environment and cultural property.

The Society has a long tradition of public advocacy for the material remains of the human past, and they continue to draw on the expertise of Fellows as active and respected advocates for heritage issues in Britain and abroad.

The Society’s premises are a national and international centre for antiquarian activity, made available for lectures, conferences, seminars and meetings to a wide range of allied bodies, including numerous voluntary bodies for whom Burlington House functions as their London base. The Society shares Burlington House with the Royal Academy of Arts and four other national Learned Societies – The Royal Society of Chemistry, The Geological Society, The Royal Astronomical Society and The Linnean Society – collectively forming a cultural campus in the heart of London. Together they organise a joint programme of events to promote public understanding of the heritage, the arts and the sciences and to explore the links between them.

The Society’s library is the leading archaeological library in the UK and encourages its use by researchers and students. The organisation also houses the oldest existing copies of the Magna Carta 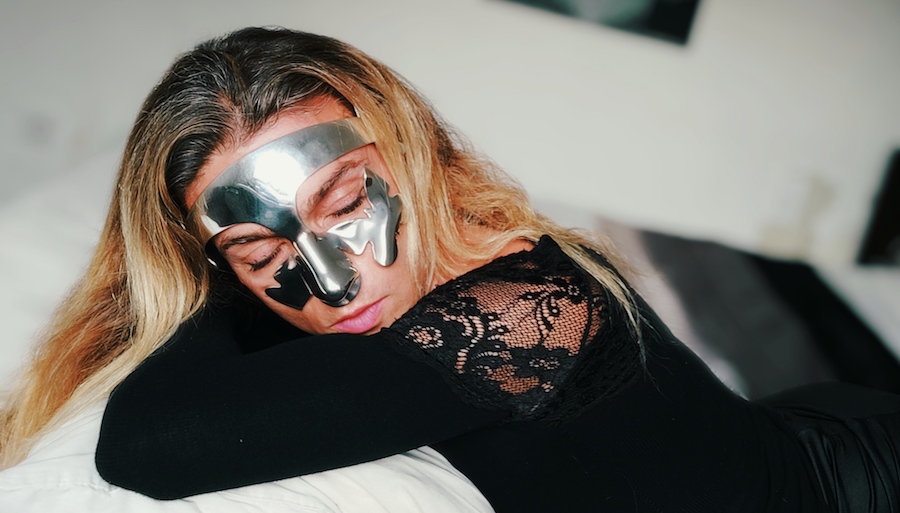 Artist Ela Xora, who is also a Quidditch player at The Wizarding World of Harry Potter theme park, is on day 4 of a “Sleeping Hermaphroditus” hunger strike, this time aimed at JK Rowling. Xora has previously re-enacted this ancient statue in art exhibitions directed towards intersex classics denier Mary Beard and sportswoman Paula Radcliffe, successively gaining apologises from both for publicly erasing or ridiculing non-dimorphic individuals in their public work. However, she ended up in hospital after a similar “performance art” piece failed against Piers Morgan, who wouldn’t apologise in 2018.

Xora shared a video art piece on social media called “The Awakening – Hermaphroditus” on the 21st November, which addresses the commentaries JK Rowling has made recently about transgender and intersex people, which include her strong belief that biological sex is strictly dimorphic. In the video, Xora details why she is bringing to life this particular ancient art sculpture for the fourth time whilst hunger striking. An intersex teenager in her village committed suicide because the binary sex myth eventually imploded them. She also states that several friends of hers have been genitally mutilated without consent and one, in particular, is now on the brink of killing themselves because her comments have increased their suicidal tendencies, as their biology isn’t dimorphic. The video ends with the artist laying down the gauntlet to JK Rowling, by taking up the pose of this ancient god, known in early Western European antiquity as the patron of trans and intersex women in the Roman empire. Over the last decade, Ela Xora’s art exhibitions have uncovered rarely discussed “goddex” religious figures in the media, like Hermaphroditus, who has been banned from some of the world’s great museums.

In an exclusive interview with PinkNews earlier this year, Xora publicly ripped up her Harry Potter Quidditch player contract and asked JK Rowling to have her Quidditch scenes removed from the Harry Potter theme park because she says her comments are perpetuating child abuses of children that aren’t dimorphic and forced to endure non-emergency, cosmetic surgery. She demanded JK pay attention to trans and intersex history, documented over thousands of years and apologise for inciting misgendering. Still, JK Rowling refused to respond or takedown Xora’s scenes from the Harry Potter theme park.

Behind the artist, one of her paintings called “The Hippocratic Corpus Gender Hierarchy” appears in these recently published Sleeping Hermaphroditus videos. The artwork centres on an intersex butterfly and six greyscale boxes of different sizes, that visually depict the quasi-medical Hippocratic blueprint that was used in ancient European civilisations, to order the sex spectrum of humanity into a gender pyramid of importance. As Xora demonstrated in her exhibition Mythos – The Mask of Intersex at the Royal College of Art, alongside her muse and friend Stephen Fry, Hippocrates completely submerged intersex human bodies, at the very bottom of this infamous scale of sex, which gave totalitarian control to the most masculine and violent males in Society.

Xora has also asked the public to download the song Gimme Hope Joanna, written and performed by Eddy Grant, so that it charts and encourages JK Rowling to apologise for erasing the spectrum of non-dimorphic people, behind the imperial binary mask.