French Culture Ministry authorities have seized Pyotr Konchalovsky’s “Self-Portrait”, a painting owned by the Russian oligarch Petr Aven, a director of one of Russia’s largest banks. The painting was on view at the Louis Vuitton Foundation in Paris as part of “The Morozov Collection: Icons of Modern Art.” 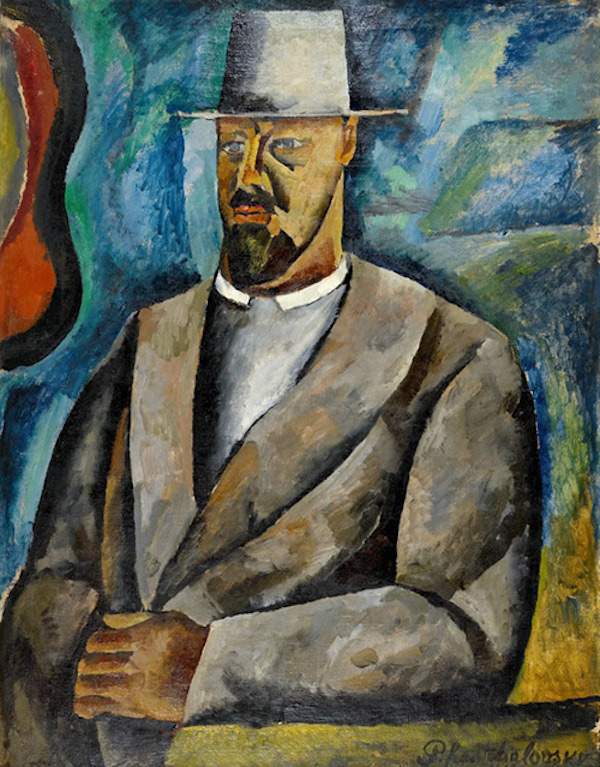 The show was conceived by Anne Baldassari, the exhibition’s chief curator; the show included a unique design that evoked historical references and highlighted the timeless nature of works that exemplify the emerging artistic modernity of the late 19th- and early 20th centuries. As a result, 1.2 million people visited this blockbuster in Paris.

France’s Culture Ministry spokesperson said the paintings “will remain in France as long as its owner, remains subject to an asset freeze.” Another painting — “Portrait of Timofei Savvich Morozov” (1891), by Valentin Serov — will also not be kept in France because it is connected to an oligarch, the ministry said.

The Serov painting is owned by the Museum of Avant‑Garde Mastery, the name for a collection of artworks belonging to Viatcheslav Moshe Kantor. Kantor is the largest shareholder of a Russian fertilizer company and is subject to European and British sanctions.

Petr Petrovich Konchalovsky (1876-1956) is a unique personality in Russian and Soviet art history. A young noble, he was one of the founders and the chairman of the Jack of Diamonds group, formed at the beginning of the Russian Avant-garde. During the Soviet era, Konchalovsky was a National Painter, Laureate of the USSR State Prize and the most famous painter in the country. His talent was acknowledged by both ‘leftist’ artists and government officials. His art was hugely successful throughout Konchalovsky’s life, both in Russia and abroad.

Valentin Serov was born in Saint Petersburg, the son of the Russian composer and music critic Alexander Serov and his wife and former student Valentina Serova, also a composer in her own right. Raised in a highly artistic milieu he was encouraged to pursue his talents by his parents and in his childhood, he studied in Paris and Moscow under Ilya Repin and in the St. Petersburg Academy of Arts (1880–1885) under Pavel Chistyakov. Serov’s early creativity was sparked by the realistic art of Repin and the strict pedagogical system of Chistyakov. Further influences on Serov were the old master paintings he viewed in the museums of Russia and Western Europe, friendships with Mikhail Vrubel and (later) Konstantin Korovin, and the creative atmosphere of the Abramtsevo Colony, to which he was closely connected.