Sotheby’s is auctioning an important self-portrait by the Mexican artist Frida Kahlo. The 1949 self-portrait, Diego y yo (Diego and I), is the final, fully realised ‘bust’ self-portrait completed before her death in 1954. It will be offered as a star lot in the Modern Evening Sale in New York. This historic work carries an estimate of over $30 million.

Intense and emotional, this vital work by the beloved and renowned artist is poised to shatter her current auction record of $8 million achieved in 2016 and may become the most valuable work of Latin American art ever sold at auction. The Modern Evening Sale, formerly the Impressionist & Modern Art Evening Sale, will inaugurate a more extensive reorganisation of Sotheby’s General Fine Art evening sale categories taking effect this November in New York. (More details to be announced at a later date.) Diego y yo will be on public view 7 – 11 October in Hong Kong and 22 – 25 October in London before returning to New York for exhibition before the November sale.

Brooke Lampley, Sotheby’s Chairman and Worldwide Head of Sales for Global Fine Art, remarked: “Frida Kahlo’s emotionally bare and complex portrait Diego y yo is a defining work by one of the few artists whose influence transcends the world of fine art to pop culture and beyond. To offer this portrait in our Modern Evening Sale in November heralds the recent expansion of the Modern category to include greater representation of underrepresented artists, notably women artists, and rethink how they have historically been valued at auction.”

Julian Dawes, Sotheby’s Co-Head of Impressionist & Modern Art in New York, said: “A painting by Kahlo of this quality and excellence is a rarity at auction. When I look at this painting, the phrase “abre los ojos,” Spanish for “open your eyes,” immediately comes to mind. In the literal sense, it refers to the penetrating stare of Kahlo as the sitter of the portrait (and the double portrait of Rivera), but I think it also symbolises the incredible moment this painting will surely usher in for Kahlo, as the market opens its eyes to Kahlo in a new way and secures her place in the auction echelon she belongs.”

A man is currently on trial for the theft of paintings by Vincent Van Gogh, and Frans Hals could receive a sentence of up to eight years. Dutch prosecutors have linked DNA evidence with a picture frame found in the museum car park. A positive match with a database has led to the arrest of Nils M, a 59-year-old who previously served a five-year prison sentence for stealing silver objects from a museum in Gouda in 2012.

Last year, CCTV footage of the robbery showed a man using a sledgehammer to smash two glass doors to break into the museum. He left with the painting under his arm. The early van Gogh painting had an insured value of 2.5 million euros (about $2.9 million). The Hals was valued at between 10 and 15 million euros (between $11.7 million and $17.6 million) — have not been recovered. 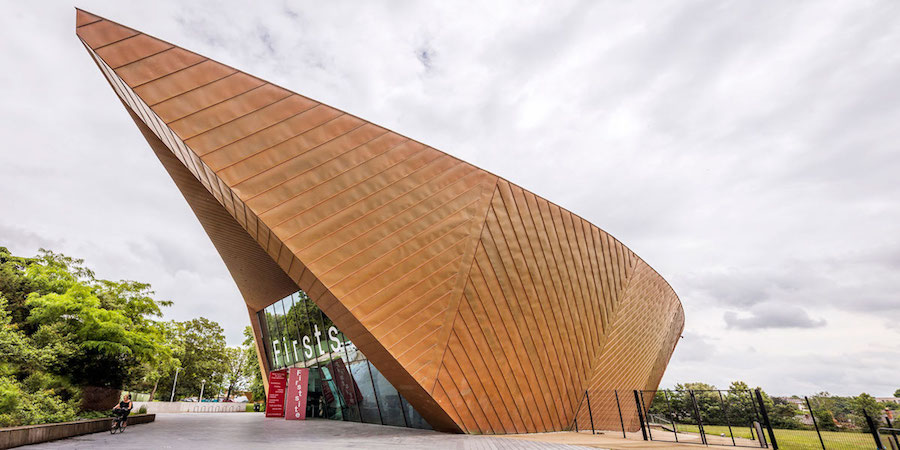 Firstsite, a public gallery in Colchester that had to fight for funding from the Arts Council, has been announced the winner of Art Fund Museum of the Year 2021, at a ceremony held at the Science Museum in London and hosted live on the BBC.

Celebrating its 10th anniversary, Firstsite is a contemporary arts organisation showing a diverse mix of historic, modern and contemporary art from around the world in an inclusive environment. It has built a robust and critical reputation nurturing long and deep relationships with artists and the local community.

During the pandemic, it mobilised at speed to support local people, lending its building to a neighbouring charity, Community 360, to run a food bank. Within days of lockdown, Firstsite created activity packs that featured over 50 artists and were downloaded by over 92,000 households. The organisation led on The Great Big Art Exhibition, which encouraged people to display their art in their windows during lockdown to create a nationwide gallery. Michael Landy’s Welcome to Essex exhibition was enjoyed by thousands of visitors.

In response to Black Lives Matter, Firstsite commissioned Elsa James to make a downloadable work in solidarity and continued the Super Black festival celebrating black culture in Essex. Other significant initiatives have included My name is not Refugee, an arts council collection curated by clients of Refugee Action Colchester, and Art For Life, an exhibition commissioned by the NHS with key workers to aid understanding of the impact of Covid-19 on mental health.

Jenny Waldman, Art Fund director and chair of the judges for Art Fund Museum of the Year, said: ‘We’re proud to announce Firstsite in Colchester as Art Fund Museum of the Year 2021. They are an outstanding example of innovation and integrity, from inspiring everyone to turn their windows into a nationwide gallery during lockdown to feeding local kids in the school holidays. At their core is powerful, engaged contemporary art housed in a gallery that gives space for everyone, from artists to NHS staff to local families and refugee groups. They exceeded all our expectations. Here is a small organisation thinking big and caring for their local community. Here is excellence in Essex.’

The winner was one of five finalists. The other shortlisted museums were: Centre for Contemporary Art Derry~Londonderry (Derry~Londonderry, Northern Ireland), Experience Barnsley (Barnsley, South Yorkshire, England), Thackray Museum of Medicine (Leeds, West Yorkshire, England) and Timespan (Helmsdale, Sutherland, Scotland). Each of the other finalist museums receives a £15,000 prize in recognition of their achievements.

Photo: Courtesy of the Art Fund