Just when it looked like the LA art scene was recovering from the devastation of COVID, Frieze LA has found it necessary to cancel its 2021 event. The fair was already unable to use the edgy Paramount Studios location due to a backlog of films postponed because of the pandemic. The fair’s third edition will now take place in a tent on Wilshire Boulevard, adjacent to the Beverly Hilton hotel.

This is not the first time that Frieze LA announced changes in their scheduling. The fair had already moved from their usual February slot to dates in July, 2021, which introduced a new format that took place around the city, “making the most of Los Angeles’ unique architectural history, spaces and locations.” A dedicated edition of Frieze Viewing Room was also set to run alongside the fair, benefiting from enhanced digital functionality and reach a global online audience.

Rebecca Ann Siegel, the newly appointed Director of Americas and Content, Frieze Los Angeles, hoped to bring together the world’s leading contemporary art galleries to celebrate the city as a global arts capital. 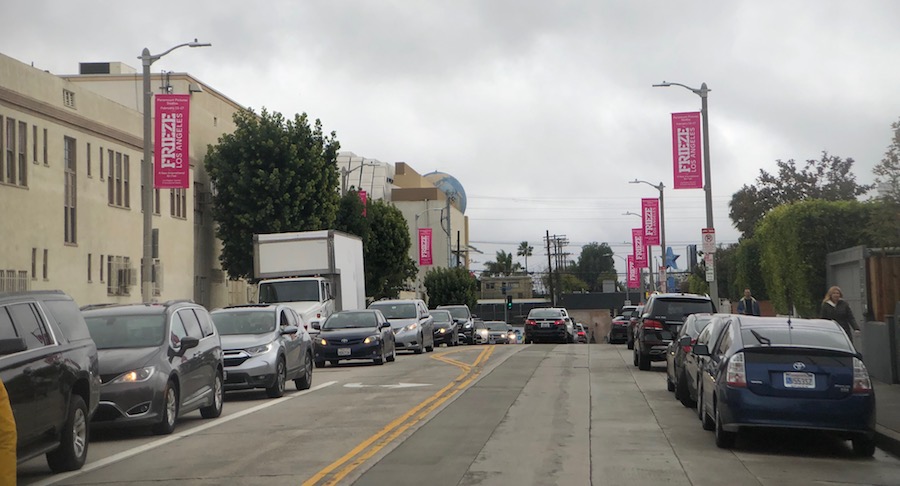 Frieze’s strong commitment to the city of Los Angeles, its galleries and institutions, is reflected, as they offer the best opportunity to continue the success of previous editions of the fair. In 2022, the fair plans to return to its regular February dates.

“With only ten months until the 2022 dates, we have made the decision to focus on planning for next year’s fair rather than holding a July event in Los Angeles. Although the situation in California has started to improve, the timeline constraints and ongoing uncertainty have made it clear that focusing our collective efforts on 2022 will make the best possible experience for all involved.”; A spokesperson said.

Frieze New York will kick off next month at The Shed in Manhattan as planned.

Frieze is a media and events company that comprises three publications, frieze magazine, Frieze Masters Magazine and Frieze Week; and four international art fairs, Frieze London, Frieze LA, Frieze New York and Frieze Masters; regular talks and summits, led by frieze editors; and frieze.com – the definitive resource for contemporary art and culture. Frieze was founded in 1991 by Amanda Sharp, Matthew Slotover and Tom Gidley with the launch of frieze magazine, a leading magazine of contemporary art and culture. Sharp and Slotover established Frieze London in 2003, one of the world’s most influential contemporary art fairs which takes place each October in The Regent’s Park, London. In 2012, Frieze launched Frieze New York taking place in May; and Frieze Masters, which coincides with Frieze London in October and is dedicated to art from ancient to modern. In 2019, Frieze opened its first edition in Los Angeles at Paramount Pictures Studios, taking place in February.