George W Bush’s is painting again and this time the joke seems to be over. He is not only getting rave reviews but his book of paintings published on February 28, is currently top of The Washington Post’s list of best sellers.

“No matter what you think of George W. Bush, he demonstrates in this book and in these paintings virtues that are sadly lacking at the top of the American political pyramid today” – Philip Kennicott Washington Post

Philip Kennicott, the Post’s art critic said, “The 66 portraits of former soldiers, sold in aid of veterans, show the former president honing his craft. He described the former president’s work as surprisingly sophisticated and warm”. George W. Bush is definitely getting better as a painter. It has been four years since the Romanian hacker Marcel Lehel Lazar (a.k.a. Guccifer) hacked into the Bush family’s email accounts and exposed to the world the former president’s paintings, including two self-portraits made in the bathroom. 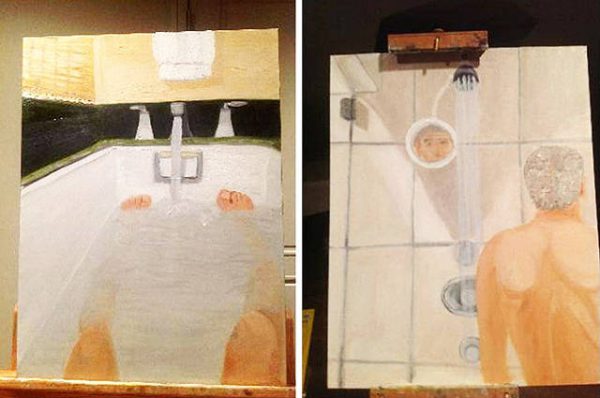 “No matter what you think of George W. Bush, he demonstrates in this book and in these paintings virtues that are sadly lacking at the top of the American political pyramid today: curiosity, compassion, the commitment to learn something new and the humility to learn it in public,” said Mr. Kennicott. “There is ample evidence that the former president is more humble and curious than the Swaggering President Bush he enacted while in office. And his curiosity about art is not only genuine but relatively sophisticated.”

The former President has written his account of how he developed his art practice, on leaving the White House. “For the first time in my sixty-six years, I picked up a paintbrush that wasn’t meant for drywall,” he wrote.  “I selected a tube of white paint and another labelled Burnt Umber. While I wasn’t aware at the time that it was a color, I liked the name, which reminded me of Mother’s cooking.” And for each of the subjects, he tells their story with what Mr Kennicott saw as “genuine empathy”.

President Bush stated that the profits from the book will be donated to a military and veterans’ initiative run by the George W. Bush Presidential Center.