The highly anticipated Georgia O’Keeffe (1887-1986) retrospective opening at Tate Modern next week will be one of the highlights of the Summer and one not to miss. I was lucky enough to visit the first major O’Keefe exhibition in New York in the 1970s, when the artist was still alive and it had a profound effect on my development as an artist and writer.

Widely recognised as a founding figure of American modernism, O’Keeffe gained a central place within the avant-garde art scene between the 1910s and the 1970s. Spanning the six decades in which O’Keeffe was at her most productive and featuring over 100 major works, the forthcoming exhibition at Tate Modern will chart the progression of her practice from her early abstract experiments to her late works from the 1950s and 1960s, aiming to dispel the clichés that persist about the artist and her painting. 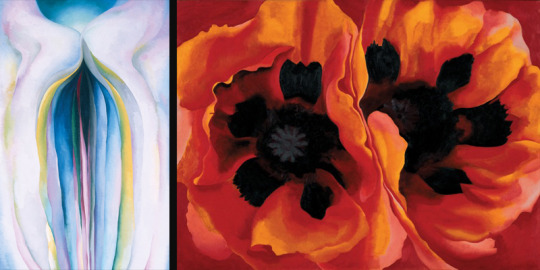 Included in the exhibition will be the celebrated flower painting, Jimson Weed/White Flower No. 1 1932. This iconic painting is an important example of the artist’s investigations into still life, and particularly the flowers for which she is most famous. The painting of a humble garden weed is being loaned to Tate Modern from Crystal Bridges Museum of American Art in Arkansas. This will be the first time the work is displayed outside the US since being acquired by the Museum in 2014. It is the most expensive painting sold at auction by a female artist.

The Jimson weed bloom is native to New Mexico and the focus O’Keeffe affords it in the painting reflects her growing affinity with the region in the 1930s – an association that would continue throughout her lifetime. Being fond of this particular plant, she allowed Jimson weed to flourish around her patio at her home in Abiquiu and made it the subject of multiple works, each time presenting a new viewpoint. The frontal perspective on the flower in Jimson Weed/White Flower No.1 1932 and the symmetry this gives the composition, makes it a particularly striking work in the series. 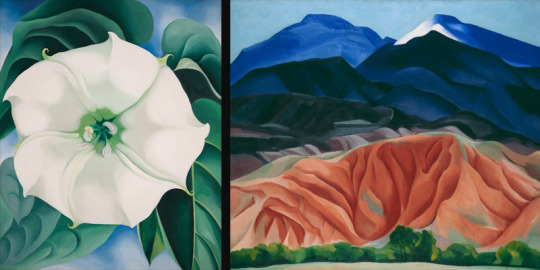 The painting reveals the profound influence O’Keeffe took from modernist photography – its concern with the study of form, use of close up or magnification and cropping – a practice that was influenced by her professional and personal relationship with husband and photographer Alfred Stieglitz (1865-1946), as well as her close friendships with a number of other photographers.