Global art sales are down by 22% from 2015, as the Art market reacts to a turbulent year with the election of Donald Trump and Brexit. The number of mega-expensive works sold and this represents pieces over the value of $10m for a single work of art has also tumbled by up to 50%. China has regained its status as the world’s top market,over the US another revelation that the west isn’t performing as well as it was a year ago.

“On all continents, sellers are choosing a policy of ‘wait-and-see’,” Artprice CEO Thierry Ehrmann said.

Artprice which has released their annual report states Art auctions worldwide totalled $12.5 billion (11.8 billion euros) last year, down 22 percent from $16.1 billion in 2015. Artprice now working with Chinese partner Artron, attributed the drop to a plunge in the number of works worth more than $10 million each — from 160 in 2015 to 80 last year.  Despite the deterioration in the global economy, under the combined impact of investment, speculation, passion collecting and insatiable demand for big name masterpieces from the world’s new museums, the Art Market posted healthy, consolidated transaction volumes with an 8% offer increase in the West. Although below the exceptional 2015 figure, the 2016 total for global auction turnover amounted to a very respectable $12.45 billion.

The drivers of this growth are the ease of access to Art Market information, electronic sales (97% of the market’s participants are connected to the Internet), the financialisation of the market, a growing population of ever-younger art consumers (from 500,000 in the 1950’s to 70 million in 2015), the extension of the market to the entire Asia/Pacific area and India, South Africa, the Middle East and South America. The growth of the museum industry is also playing a crucial role. With more than 700 new museums opening every year, the museum industry has become a global economic reality in the 21st century. More museums opened between 2000 and 2014 than in the previous two centuries, and demand for museum-quality works is one of the key factors in the spectacular growth of the Art Market. The Art Market is now a mature and liquid market offering 10% to 15% annual returns on works purchased over $100,000.

In 2016, in the battle of titans between China and the USA, the global Fine Art Market consolidated in the West while China re-emerged as the market’s leading power with a massive lead of $1.3 billion over the USA. Art and the art market represent a crucial Soft Power for the United States, China and, on another scale, Qatar. Similarly, this year’s percentage of Chinese artists in the top 500 was above 30%, clearly illustrating – in addition to the turnover figures – China’s supremacy vis-à-vis the USA, which only accounted for 15%. Considering the macro and micro-economic data, the last 17 years have confirmed the Art Market as a refuge against economic and financial turbulence, with substantial and recurring returns. In a context where central banks are effectively implementing negative interest rates, the Art Market has enjoyed insolent health with its Contemporary segment posting a 1,490% increase in annual turnover in 17 years and a 36% linear progression in the average value of an artwork. These figures are not just based on the market’s high end; using a minimum price threshold of $20,000, we still get significant annual returns of about 5.9%.

The global ubiquity of the Internet is now a key factor in auction house marketing strategies worldwide, with operators seeking to bolster their market shares on all continents. Of the world’s 6,300 auction houses, 97% are today present on the Internet (versus just 3% in 2005). 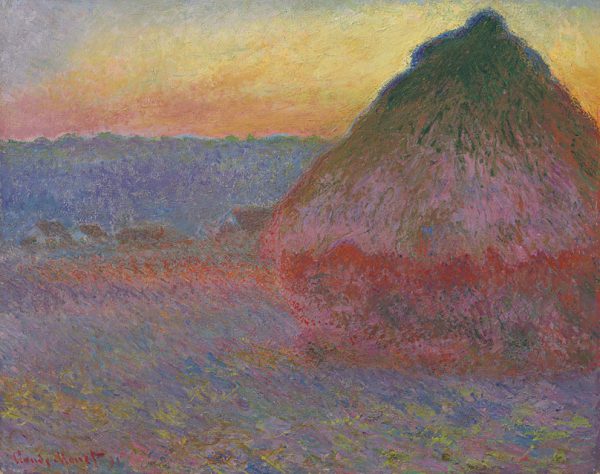 High-end lots including that of an Impressionist painting of a haystack by Claude Monet, “Meule”, which went for $81.4 million and a Peter Paul Rubens masterpiece, “Lot and his Daughters”, sold for $58.1 million, both at Christie’s. Contemporary art highlights such as a Jean-Michel Basquiat painting sold to a Japanese collector for $57.3 million, and Wassily Kandinsky’s “Rigid and Curved” from 1935, which went under the hammer for $23.3 million.

China had the highest total sales and “established itself clearly as the superpower” of the art world, the report said. After five years of dominance, the country lost its status as top art market to the United States in 2015, but a year later was back, recording $4.8 billion in auction sales. That figure represented 38 percent of total world sales, said Artprice, which compiled the data with its partner firm Artron of China.

Traditional calligraphy and painting comprised the vast majority of sales in China. The country’s biggest sale in 2016 was a scroll painting of “Five Drunken Kings Return on Horses” by early 14th-century Chinese artist Ren Renfa that went for $45.89 million. Contemporary art sales, too, are becoming frequent in Hong Kong which “has become an unmissable spot on the art market”, Artprice said.

The global art market witnessed an 11-percent rise in “fine art” transactions, a category that excludes antiques, applied art like pottery and furniture, despite the drop in overall value of sales. “The range of prices under $50,000 shows the strongest progression and currently makes up 96 of the market in the West”, the art database said.

In 2016, “the principal objective was to consolidate the core of the market, to the detriment of a new race to reach record prices,” it said.