Grayson Perry RA will be the co-ordinator of the Royal Academy annual Summer Exhibition in June 2018. Along with a talented Summer Exhibition committee consisting of Royal Academicians Phyllida Barlow, Piers Gough, Allen Jones, David Mach, Chris Orr, Cornelia Parker, Tom Phillips, Conrad Shawcross and Emma Stibbon the institution is celebrating its 250th anniversary. To mark this momentous occasion, . Piers Gough RA will curate the Architecture Gallery and the President of the Royal Academy of Arts, Christopher Le Brun will chair the Committee.

Grayson Perry RA, co-ordinator of the Summer Exhibition 2018, encourages artists to enter work to the exhibition: “Fellow artists! 2018 marks the 250th anniversary of the Royal Academy so that the Summer Exhibition will celebrate a quarter of millennia of artistic innovation. As the co-ordinator, I have decided that the theme of the show will be ‘Art Made Now’. I want to champion the democracy of the exhibition and show off the diversity of art being made at this moment, so I encourage you to submit works that you have made in 2017/18. I am also planning a special ‘Room of Fun’ in a newly built part of the Academy, so the committee may well look favourably on artworks that we find amusing.” 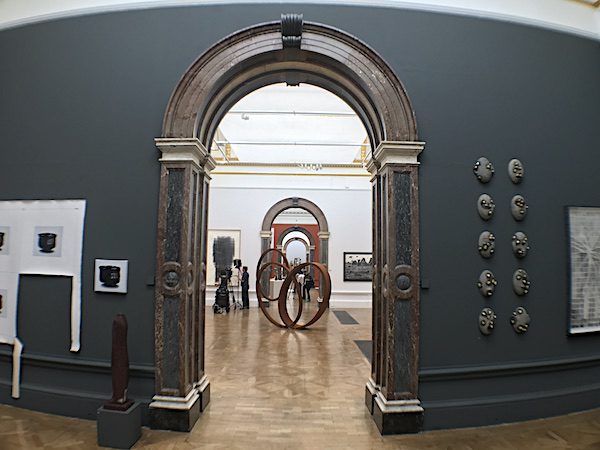 The Summer Exhibition is the world’s largest open submission contemporary art show which has taken place every year without interruption since 1769. In keeping with tradition, it continues to play a significant part in supporting the Royal Academy Schools. The members of the Summer Exhibition Committee serve in rotation, ensuring that every year the exhibition has a distinctive character, with each Royal Academician responsible for a particular gallery space. Works from all over the world are judged democratically on merit, and the final selection is made during the eight-day hang in the galleries.

The Royal Academy now invites artists to take part and submit their work for a chance for it to feature in the 250th Summer Exhibition; from students and emerging artists to amateurs and well-known professionals. Entries will open on 4 January 2018: summer.royalacademy.org.uk (Submission deadline: 14 February 2018). This year, the Royal Academy expects to receive up to 15,000 entries. Around 1200 works, in a range of media, will go on display, the majority of which will be for sale offering visitors an opportunity to purchase original work. A significant part of funds raised continues to contribute to financing the postgraduate students at the RA Schools.

The Royal Academy of Arts was founded by King George III in 1768. It has a unique position in being an independent, privately funded institution led by eminent artists and architects whose purpose is to be a clear, strong voice for art and artists. Its public programme promotes the creation, enjoyment and appreciation of the visual arts through exhibitions, education and debate. The RA is undergoing a transformative redevelopment which will be completed in time for its 250th anniversary in 2018. Led by the internationally-acclaimed architect Sir David Chipperfield RA and supported by the National Lottery, the plans will link Burlington House on Piccadilly and Burlington Gardens for the first time, uniting the two-acre site. The redevelopment will also reveal the elements that make the RA unique, sharing with the public the historic treasures in its Collection, the work of its Academicians and the RA Schools, alongside its world-class exhibitions programme.