The Holburne Museum in Bath have asked collectors to lend early ceramic works by the Turner Prize winning, transvestite artist Grayson Perry. In an open call the gallery is searching for works created between 1983 and 1994.

Grayson Perry is one of Britain’s best-known and well-loved artists. He works in tapestry, collage and ceramics to explore a range of important themes, including issues of gender, identity and social class, presenting through his art a unique perspective on the world.

Perry and the Holburne would like to reunite the early works that helped establish Grayson Perry’s name. The resulting show will shine a light on Perry’s experimentation in ceramics and exploration of the medium’s potential.

However, there’s just one problem. Many of the artist’s earliest works were unrecorded at the time, and throughout the decades their exact whereabouts have become unknown. A number of works may have changed hands, or perhaps have been passed down to the next generation. 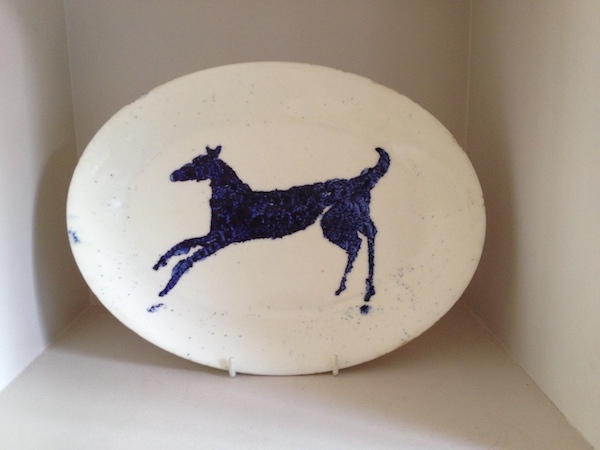 That is why Grayson Perry and the Holburne are joining forces to launch an appeal to ask the art-loving public to get in touch with them if they have one of these early works and would be happy for it to be considered for an exhibition in 2020.

Grayson Perry explains, “When I started out making ceramics at evening classes, part of the reason I enjoyed it was that I could make artworks relatively quickly. In my first decade of exhibiting I would often show over sixty or seventy works, made over the course of a few months. I sold these works for modest sums and often gave away what was left. I was terrible at admin and photography so kept very little record of these early pieces. Most of these works were exhibited in London, though I also had shows in this period in Paris, New York and San Antonio, Texas.”

He added, “I was very excited when the Holburne Museum in Bath proposed a show of my ceramics from the eighties and early nineties as it would also be an opportunity to find and record the beginnings of my career. My record keeping hasn’t improved much: I recently moved house and found five pots in the loft which had been unseen since the eighties and a dozen plates from the early nineties in a cupboard under a sink!”

The Holburne Museum is the ideal venue to take on this task. It has a rich collection of historic ceramics from English and French porcelain to Italian maiolica and Chinese and Japanese ware, and has built a reputation for bringing this collection to life through the dialogue between historic objects and those of the present and recent past. In recent years it has commissioned a series of applied artworks, however this is the first time that the Museum has mounted an exhibition of this kind, and sourced the exhibits in this way. 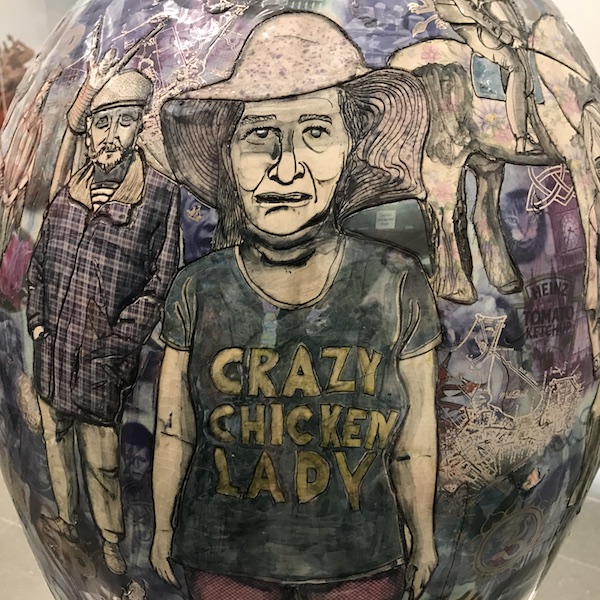 Holburne Museum Director Chris Stephens says, “We are thrilled to be working with such an innovative and influential artist as Grayson Perry in this unique way, calling on the public to effectively help us ‘crowdsource’ an exhibition. The Holburne is the ideal place to undertake this exhibition as we have a rich collection of ceramics from the past and, as a historic collection, it seems appropriate to take an historical view on the work of one of the great contemporary artists.”

Holburne curator Catrin Jones notes, “This is a really exciting project, to try and reunite a wide range of Perry’s early works by getting the public involved in a global Grayson Perry treasure hunt! We already have works from Perry’s own collection and others promised for the exhibition – but we know there are lots more out there, so we are asking anyone who can help to get in touch with us. We are all looking forward to some exciting discoveries.”

Catrin reveals they have a way of checking if a work is a genuine Grayson Perry, “Every single one of Perry’s ceramics has a potter’s mark, in fact there are 39 individual ones he used between 1983 and 1994, so we will be able to quickly check if a work is authentic.”

So, if you have a 1980s or early 1990s Grayson Perry pot or plate that could be considered for inclusion in an exhibition in 2020 then the Holburne in Bath would like to hear from you. Please contact the Museum via email at curator@holburne.org and title your email ‘Grayson Perry Lost Works.’