Several of the best known UK artists have joined forces to donate works to an online auction to benefit the people affected by the Grenfell fire disaster. The auction will take place on Artsy the online platform from 18th July – 1st August 2017.

The idea was formed by Lucy Meakin, an art advisor, who once lived locally to the Tower in Notting Hill. After the fire broke out, the first people she called were former neighbours, one of whom described how they had lost a friend in the fire. It was then she decided to get a group of artist friends together to raise money for the people affected. 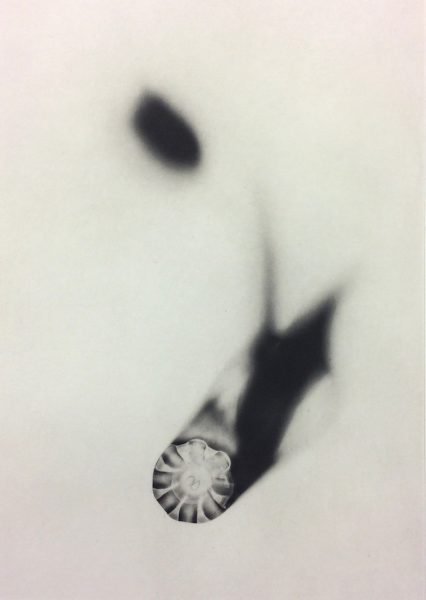 Slowly the idea has grown and the sale will now have 25 artists contributing works to an online auction hosted by the art-buying website Artsy on July 18.

The auction will run for two weeks, and lots available include prints and multiples, as well as original works of art and photographs.

The artists responded extremely quickly with a yes to donate or create works, such is the effect that the Grenfell Tower fire has had on the wider London community. For some artists, such as Robert Violette and Juergen Teller (who has donated a photograph to the auction), the fire has struck a chord closer to home, because their West London studios look out directly onto the tower itself.

The artist Peter Liversidge was moved to create a pair of drawings for the auction in the space of a week. His ‘Winter Drawings’ form part of a series of works depicting denuded trees that the artist creates using black tape on found book pages.

Cornelia Parker has generously donated two photogravure works: ‘Black Tulip’ (2017) was made by placing a glass tumbler containing a white tulip onto a photogravure plate then exposing it to a raked UV light. The underside of the glass is in direct contact with the plate, therefore, is captured in fine detail, while the tulip being further away, becomes a cast shadow. The art- making process becomes an act of transubstantiation, turning the humble white tulip into a valuable black one.

Darren Almond has donated a photograph from his ‘full moon’ series. ‘Full Moon @Valley Floor’ (2013) is a c-print using his trademark long exposure method of photography, ‘giving’, as Darren has been quoted as saying ‘the landscape longer to express itself.’

Adam Fuss is offering his winning bidder the chance to have their child photographed by him in either his London or Sussex studio as a unique photogram image, an artwork that would usually cost USD 15,000. In all cases the artworks will have prices that are lower than retail, giving buyers the maximum opportunity to bid for works that would sometimes be out of reach.

The aim in each case has been to raise as much money as possible for those affected by the fire, with all proceeds from the sale going to the Dispossessed Fund set up by London’s Evening Standard newspaper.

All works of art have been generously donated by the artists the auction will be held on https://www.artsy.net