The Griffin Gallery in West London which has been a stalwart of inspiring exhibitions and programmes is to close its doors on 24 May. The gallery will be absorbed into Elephant Magazine’s growing media empire. The gallery director Becca Pelly-Fry made the announcement today in a letter to supporters of the establishment.

The following letter was revealed on Sunday

It is with a heady mixture of sadness, pride and anticipation that I write this letter. To address the sadness first, I must let you all know that we will be closing Griffin Gallery to the public on 24th May 2018. After hearing this, I’m sure you understand the feeling of pride; the last six years have been extraordinary and exceeded all expectations. Then, on to the anticipation: most of the Griffin team will soon be joining our new friends at Elephant Magazine to support them as they grow into a global creative community. 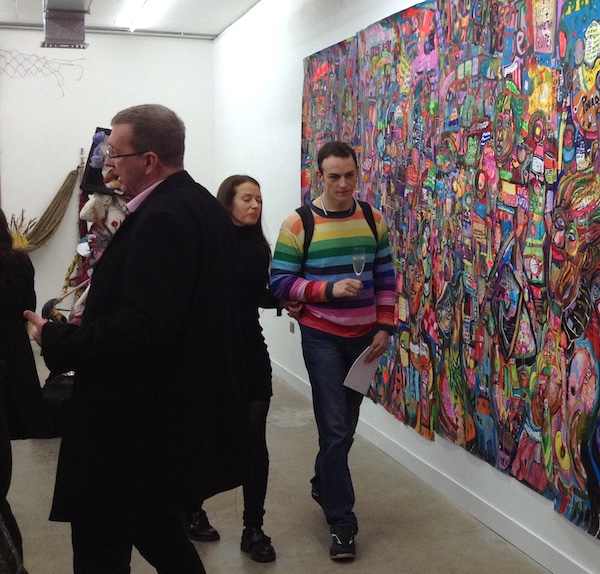 Young Gods At The Griffin Gallery

As you may have already heard on the artworld grapevine, Colart International Holdings (our parent company, and owners of art materials brands Winsor & Newton, Lefranc Bourgeois and Liquitex) acquired a majority shareholding in Elephant in spring last year. They did so in order to invest in expanding the reach of the magazine, developing a global community of artists, creatives and the culturally interested. As such, the Griffin Gallery curatorial team will be joining Elephant to develop a very exciting new project: the opening of a large, new, interdisciplinary project space on the site of a disused petrol station at White City to be called Elephant West. Alongside this very exciting new adventure, due to open in the autumn, the Griffin Residency programme will also nestle under the Elephant umbrella, becoming Elephant Residencies. We will continue to run an annual prize for emerging artists, this year to be named the Elephant x Griffin Art Prize.

I am enormously proud of what the team have achieved in the Griffin Gallery space over the past six years. We started with a beautiful white-walled, concrete-floored space on the ground floor of Colart HQ, a very small team and heaps of passion. Since then, we have shown the work of over 300 artists, from those just graduating to some well-established names. Our residency programme has supported the practice of 50 artists so far, offering them unique opportunities to collaborate with our in-house scientists and develop their understanding of materials and material chemistry. Throughout all of this, we have encouraged and enabled a conversation about materiality within contemporary art practice, standing firm that is it as relevant today as it ever has been.

Personally, I would like to offer my heartfelt thanks to my extraordinarily dedicated team, to the Colart senior management for their continuing belief in the power and importance of contemporary art, and of course to you all for your enthusiastic support for the programme and the artists.

We would very much like you to join us on the next stage of our journey with Elephant. In order to stay abreast of all future developments, we ask you to sign up to the Elephant mailing list here:bit.ly/elephant-west. Due to data protection laws, we cannot transfer your details to Elephant for you, so please make sure you do sign up. There will be lots of exciting news coming your way very soon!

Meanwhile on to the expansion of the Elephant empire… 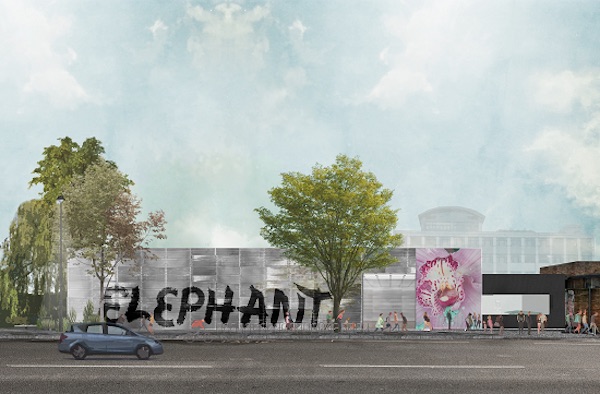 London, 14 May 2018: Contemporary art and culture magazine Elephant will open a new art project space in White City, London, in autumn 2018. In a fresh manifestation of the transfer of London’s creative energy from the east to the west of the city, Elephant West will serve as a hub for the West London arts community, providing the emerging scene with a unifying voice and writing a new narrative in the already densely layered history of London’s creativity.

Housed in a converted petrol station, Elephant West will commission an ambitious programme of installations by emerging artists, supporting the careers of exciting young creatives by giving them the opportunity to show ground-breaking new work.

Elephant magazine is built on the idea of collaboration, and the work produced at Elephant West will reflect and develop this ethos, bringing together exciting makers of all stripes to create new multimedia works that break down the traditional barriers between different art forms.

Through Elephant West, the magazine is pioneering a new structure for art publications, combining print, digital and physical incarnations and using all three outlets to create dynamic, cutting-edge content that can be shared across the Elephant platforms.

Designed by architects Liddicoat and Goldhill, Elephant West will offer a stimulating programme of live dance and music performances, film screenings, and talks and workshops curated by the magazine. In a nod to its famous neighbours Television Centre, the BBC’s former headquarters, and White City Place, the former BBC Media Village, the project space will also serve as a broadcasting hub for Elephant, which will live-stream events and publish other exclusive video content generated at Elephant West via its elephant.art website.

There will also be a café, shop and outdoor garden area, providing an ideal meeting place for the city’s arts community.

Over the summer, the Elephant Curatorial team will be running a series pop-up events and activities in and around White City as they begin to develop their presence in the area and connect with the local community.

Robert Shore, Elephant’s Creative Director, said: “Elephant’s tagline is ‘Life Through Art’ and, in keeping with that, the work produced at Elephant West will resonate thematically with the concerns of the wider world rather than the narrower interests of the ‘art world’. Elephant West will turn ordinary life into cutting-edge art.”

Alistair Shaw, MD of Television Centre and White City Place, said: “Elephant West confirms that White City is now a cultural destination to rival east London. The transformation of a once forbidding and derelict petrol station into a thriving arts hub is the perfect indicator of the area’s reinvigoration. It complements perfectly the creative businesses moving in to White City Place, local institutions such as the RCA and Imperial College that nurture emerging talent, and this year’s public opening of Television Centre.”

White City is undergoing an £8 billion ten-year regeneration which will form a new hub of activity, creativity and academia in west London. A thriving neighbourhood will see the arrival of new shops, restaurants and educational facilities, as well as the creation of 4,000 new homes, over two million square feet of office space and 20,000 new jobs.