The Kunstmuseum Bern and the Cezanne Estate have reached an agreement over an important work by the Post Impressionist painter, hidden for 75 years in a dusty apartment in Germany.

The Gurlitt collection consists of more than 1,500 paintings, drawings, and prints

The painting, titled La Montagne Sainte-Victoire was held in the notorious Gurlitt collection. It was was one of more than 1,500 works discovered in possession of Cornelius Gurlitt who inherited the collection from his father Hildebrand a Nazi collaborator and dealer of looted art. It’s unclear how the Cézanne painting ended up in the collection. The painting has not been proven to have been looted by the Nazis.

The descendants of the Post-Impressionist painter, represented by the artist’s great-grandson, Philippe Cézanne, have agreed to acknowledge the Swiss museum as the rightful owner of the work. The painting will now remain in the collection of the Swiss museum acknowledged by the family as the rightful owner. In return, the Kunstmuseum Bern has agreed to loan the work to Musée Granet in Aix-en-Provence on an annual basis. 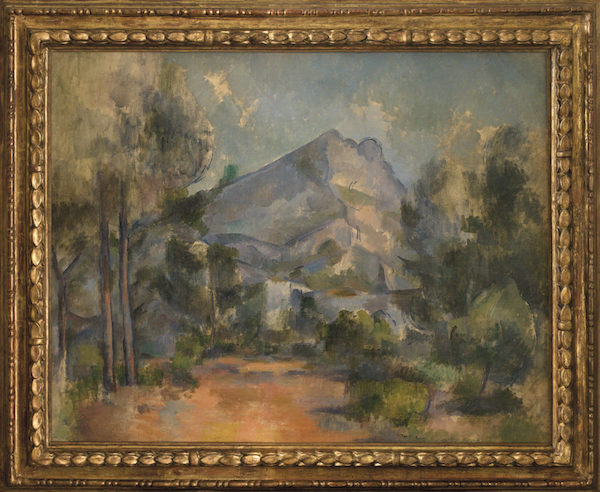 The Gurlitt collection consists of more than 1,500 paintings, drawings, and prints by artists including German Expressionists Franz Marc, Ludwig Kirchner and Otto Dix and French artists, Matisse, Picasso, Renoir and Monet. The collection was only revealed when Mr Gurlitt was stopped coming through customs with a large amount of cash. It resulted in the raid of his flat. Ronald Lauder, Director and founder of the Neue Gallery in New York called the collection “the last prisoners of World War II”.

In 2013 the German Government, who is perceived as being far too lax about Nazi restituted art set up the Schwabing Art Trove Task Force to scrutinise the collection for possible looted artworks. To date only five artworks have been identified as stolen and claimed by their rightful owners. The task force has until 15 January to wrap up their findings, however the Jewish Claims Conference has criticised the taskforce for being next to useless. Even German Culture Minister Monika Grütters has expressed dismay at the lack of results made by the committee.

Cornelius Gurlitt (1932-2014) was born in Hamburg to Hildebrand Gurlitt (1895-1956), one of four official art dealers for the Nazis, and Helene Gurlitt (1895-1968), a dancer. He had one sister, Renate, known as Benita, (1935-2012). Hildebrand was the first German museum director to be fired for championing the “degenerate” branded art but was subsequently accused of being a Nazi collaborator by the Allies after the war. He died in a car crash in 1956 at the age of 61.

The Cezanne, one of a series of 40 paintings and an additional 40 watercolors featuring the mountain will be exhibited alongside its existing documentation in the museum’s provenance research studio as part of the exhibition “Gurlitt: Status Report; Part 2 Nazi At Theft and Its Consequences,” which runs through July 15.

Read More About the Gurlitt Collection