The woman who posed for Gustave Courbet’s L’Origine du Monde, one of the most controversial and provocative works of art ever painted has been identified. For over 150 years the subject  has remained a mystery. The canvas depicts a woman’s genitalia and torso and for many years was banned from public display, as it was deemed obscene.

The painting was not exhibited in public until 1995

Constance Queniaux, was a ballet dancer and the lover of an Ottoman diplomat Halil Şerif Pasha (Khalil Bey). It is thought he commissioned the painting depicting his mistress for his own private pleasure. A French scholar has now put forward the evidence of whose body was painted, revealing all, in this 1866 work.

For over a century and a half, the subject of Courbet’s work thought to be his Irish lover. 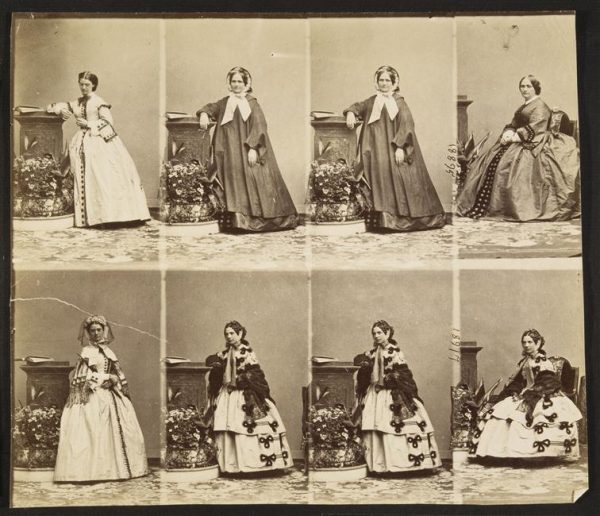 Claude Schopp, a French literary expert made the discovery as he went through correspondence between two writers, George Sand and the son of Alexandre Dumas.

Queniaux had retired as a ballet dancer at the Paris Opera in 1859 and aged 34 she was a mistress of Turkish-Egyptian diplomat Halil Sherif Pasha. She became a woman of means, in later years and spent the rest of her life devoted to philanthropic work.

The diplomat who commissioned L’Origine du Monde, who was known as Khalil Bey, kept Courbet’s painting in his dressing room behind a green curtain, revealing the work to visitors and dinner party guests.

The former dancer is mentioned in one letter from Dumas. Not only is her name incorrectly spelled but a word was wrongly transcribed in the following passage: “One does not paint the most delicate and the most sonorous interview of Miss Queniault of the Opera.”

Schopp’ interest was alerted by the word interview, so he consulted the original manuscript in the National Library of France dating back to June 1871 and found the error.

Ms Queniaux’s delicate and vibrant “interior” was the subject of writings by Dumas leading Schopp to think that Dumas was writing about the painting. Having shared the discovery with Sylvie Aubenas at the library, she was convinced he was right.

There were also other connections to the popular artist, when Ms Queniaux died in 1908, she bequeathed a painting by Courbet of a bouquet of spring flowers and red and white camellias.

Camellias were the flowers most closely identified with courtesans, and Aubenas told AFP news agency she believed the painting was a gift from Courbet and his Ottoman patron.

In recent years Facebook has banned the image A French teacher’s account was taken down for posting the image.

In the past many have argued the woman was Courbet’s own lover, Irish model Joanna Hiffernan, although her hair colour was red rather than the black seen in L’Origine du Monde. Hiffernan was also romantically linked to painter James Whistler.

Over the last few years other theories have surfaced concerning the painting. In 2013, French art expert Jean-Jacques Fernier said he believed that an unsigned painting of a woman’s head had been cut off the Courbet work. But there was no recorded evidence that Courbet’s work had ever been cut in two.