The Hepworth Wakefield has won this year’s Museum of The Year Award. The gallery located in West Yorkshire has beaten Tate Modern, the Lapworth Museum of Geology in Birmingham, Sir John Soane’s Museum in London and the National Heritage Centre for Horseracing and Sporting Art in Suffolk. The Art Fund annual prize aims to reward an institution that has shown “exceptional imagination, innovation, and achievement across the preceding 12 months”.

The gallery, which opened just six years ago, will now receive a £100,000 prize from The Art Fund. Tate Modern had been nominated after a year in which it attracted a record 5.8 million visitors and opened a new wing. But that was not enough to earn it the award at a ceremony at the British Museum in London. 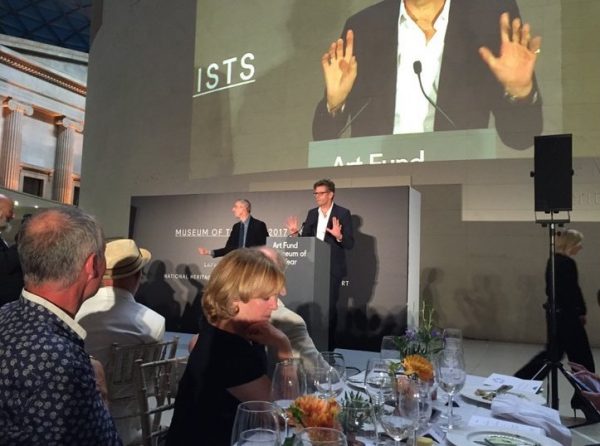 Museum Of The Year Hepworth Wakefield

The Art Fund director Stephen Deuchar said it had been “a powerful force of energy from the moment it opened”. The gallery which is located on the banks of the River Calder is a force to be reckoned with. Simon Wallis OBE, Director of The Hepworth Wakefield, said: “We are so delighted that our work throughout has been recognised by winning this prestigious and coveted prize. 2016 was an exceptional year for The Hepworth Wakefield because of the number and variety of people we welcomed to experience our ambitious and intelligently popular exhibitions, valued learning opportunities and engaging public events. In particular, we are proud of the successful launch of the first Hepworth Prize for Sculpture, which did so much to reaffirm and extend Yorkshire’s position as the home of British sculpture. It’s a great honour for the whole team at the gallery, and for the city of Wakefield, for our work to be nominated for Art Fund Museum of the Year 2017.”

In designing The Hepworth Wakefield, David Chipperfield Architects responded imaginatively to the gallery’s waterfront setting. The building complements the scale and form of the existing industrial buildings and, like them appears to rise out of the River Calder. The gallery’s location on the river’s edge also allows it to apply new forms of renewable energy by sourcing the majority of its heating and cooling from the river’s flow. The gallery’s façade has been constructed of pigmented concrete which was created in-situ. This gives the building a sculptural appearance, which echoes the shapes and forms in many of Barbara Hepworth’s sculptures.

The Hepworth, which is named after sculptor Barbara Hepworth, impressed the judges by increasing its visitor numbers by 21% and launching a major new award for British sculpture last year, among other things.

The gallery recently benefited from the generously donated Tim Sayer collection which consists of works by some of the world’s greatest artists, including Alexander Calder, Anthony Caro, Sonia Delaunay, Naum Gabo, David Hockney, Sol LeWitt, Henry Moore, Paul Nash and Bridget Riley. Tim was motivated to leave his collection following a visit he and his wife made to the Yorkshire gallery in 2015 for the opening of the exhibition Caro in Yorkshire.

The Museum of the Year prize is the largest single arts prize in the UK. Last year’s winner was the V&A in London.