Elizabeth Eade was announced winner of The HIX Award 2018 at HIX ART’s annual prize giving ceremony. As well as £10,000 towards studio costs, Eade wins a solo exhibition at HIX ART next year.

The HIX Award is at the forefront of the emerging art scene in the UK today. This year saw over 700 applications from students and graduates seeking a platform to showcase their work and to support their first steps in their professional careers. 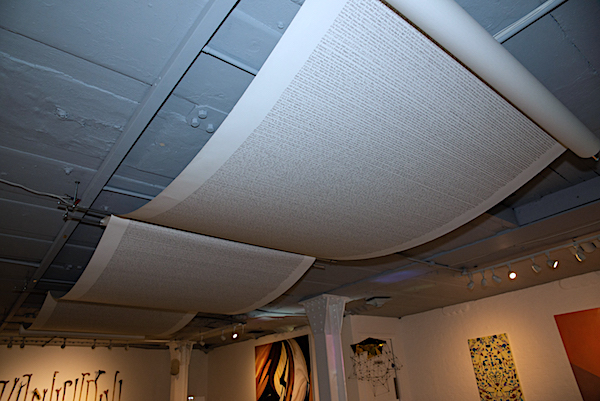 Elizabeth Eade recently finished her MFA at the University of Brighton, where she currently lives and works. Her winning piece Die Liste (2018) documents the deaths of 33,305 men, women and children who lost their lives trying to access Europe. Each handwritten line tells the individual stories of hope, adventure and ultimately tragedy. Eade intended the piece to be an analogy of the vastness of the problem and address our very human inability to comprehend the sheer scale. 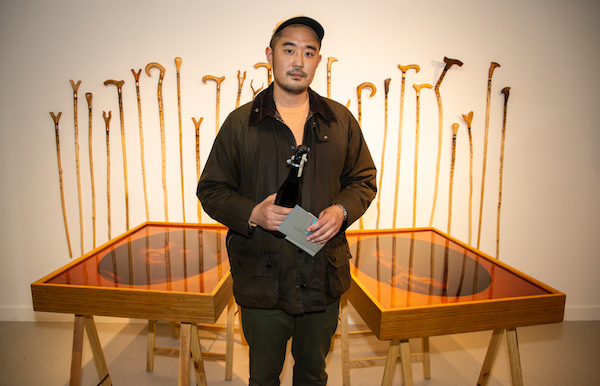 The runner-up prize went to Byungchan Kim for Paranoid Paradise (2018) a haunting installation taking inspiration from the tragic murder/suicide case of Dr McRae in the West Midlands in 2013. Kim recently graduated with an MFA from Goldsmiths University in London. The People’s Choice winner is Mathilde Heu for Epicentre (2018), her interactive sound installation. Heu is a recent graduate of The Royal College of Art’s MFA in Critical Practice: Contemporary Art Practice.

‘This is a refreshing year for the HIX Award with our first winning installation. Die Liste is powerful and haunting, addressing such current worldwide issues.
The calibre of entries this year was overwhelming, I would like to congratulate and thank our 19 finalists for taking part this year and creating such thought-provoking works.’ – Sophie Harriott, Gallery Director

‘Coutts is proud to support the HIX Award 2018 for a second successive year. Coutts has a long standing history of supporting emerging artists and gallerists, helping to finance studiosand their subsequent expansion, whilst also managing their personal affairs . We look forward to exhibiting the finalists at 440 Strand in January 2019 and supporting the next generation of British artists.’ – Simon Hopes, Managing Director of sports, media & Entertainment

The winner of The HIX Award 2018 received a £10,000 cash prize to go towards studio costs and a solo exhibition at HIX ART in 2019. The winner will also receive a year’s guardianship and name etched on the iconic HIX Award trophy, designed by Damien Hirst.

The HIX Award runner-up  received £1,000 worth of Cass Art vouchers and this year’s People’s Choice winner will be treated to a weekend trip for two to HIX Townhouse in Lyme Regis with a scenic dinner at HIX Oyster and Fish House. 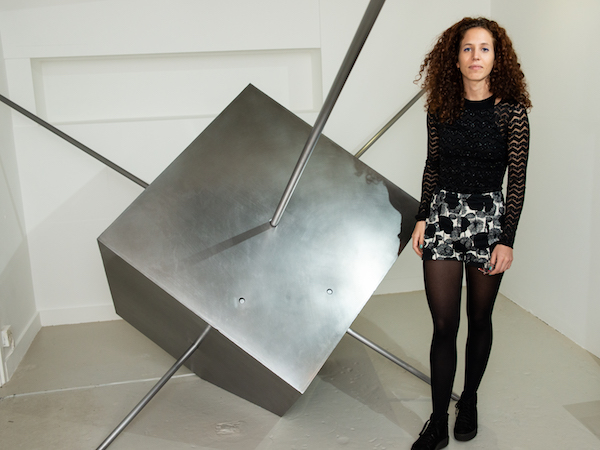 Now in its sixth year the award is at the forefront of the emerging art scene in the UK today. It offers the opportunity to be involved in a group exhibition, as well as the chance to receive one of London’s most-generous award prizes for students and recent graduates.

First winner of the award Nicholas Permain was selected for the prestigious FBA Futures in 2015 and continues to exhibit his paintings across the UK, most recently a solo show in early 2018 at The North Wall Gallery in Oxford.

Felix Treadwell was named GQ’s ‘British Artist to Watch’ in 2017, after winning the HIX Award back in 2014 has been involved in a number of solo and group exhibitions in London and internationally.

Ally McIntyre, winner of the 2015 award is represented by Jealous Gallery, with whom she is regularly involved with exhibitions, art fairs, and limited edition print runs. A print of her HIX Award-winning painting ‘Moon Cries for Ferdinand’ is now a part of the V&A’s permanent print collection.

Sam Bailey, the award’s most recent winner, is working on preparing for his inaugural show with HIX ART, to be held in November.

Mark Hix says: Each year entries are increasing and the variety of work is proving more difficult to select the final shortlist. It’s always a tricky one and there are so many potential winners but it’s great to see how the future of the art world is evolving. Huge thanks to our sponsors Farrer & Co, Fortnum and Mason, Stephen Webster Jewelry, GQ, CASS ART and especially our lead sponsor Coutts private bank who without their support the award would not be where it is today.