David Hockney, in a very 21st-century manner, has appointed Edith Devaney in the newly created role of Managing Director and Curator of his practice. As such she will help manage the Hockney entities under his direction. He has also appointed her Editor-in-Chief of his Catalogue Raisonné project.

Edith Devaney will leave her position as Contemporary Curator and Head of Summer Exhibition at the Royal Academy of Arts in London early next year to take up this position. During her tenure, Devaney has instigated and curated many of the Royal Academy’s significant exhibitions of recent years which have included: David Hockney: A Bigger Picture in 2012, which attracted over 600,000 visitors making it the RA’s most successful contemporary exhibition ever; Abstract Expressionism in 2016, which along with Jasper Johns: Something Resembling Truth in 2017 was considerable critical successes. Devaney also transformed the Summer Exhibition into a much more successful and profitable exhibition concept.

Devaney has initiated and curated several exhibitions of David Hockney’s work and is planning to realise David Hockney: The Arrival of Spring, Normandy, 2020 in March 2021 at the RA. She will also deliver another scheduled loan exhibition for the Academy next year.

David Hockney said: “I have known and worked with Edith for many years. I was delighted when she agreed to take on this key position and I very much look forward to working closely with her.”

Edith Devaney said:” ‘I am both honoured and excited to be taking on such a significant role working for and with David Hockney and look forward to playing a part in supporting, celebrating and documenting his ongoing extraordinary achievements.” 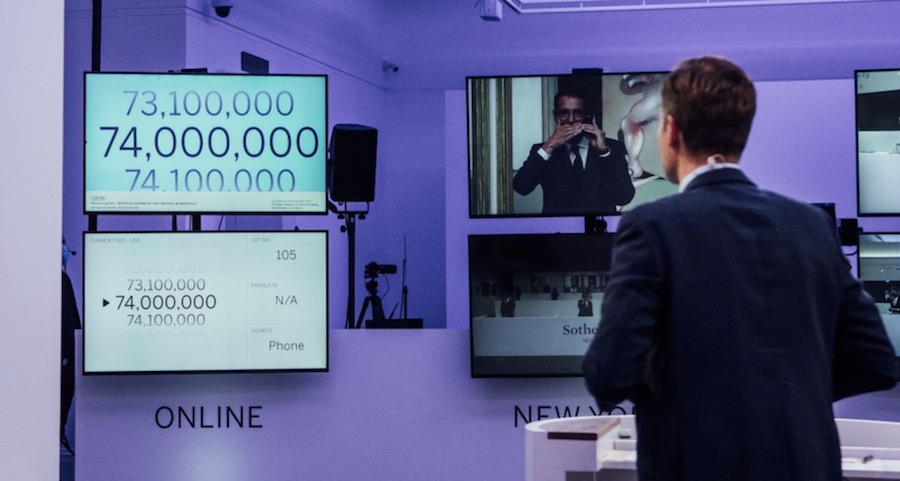 Sotheby’s Out Performs Christie’s By Five Billion In 2020

Sotheby’s and Christie’s have released their results for 2020 and they both show a healthy turnover for the period. Sotheby’s has recently become a private company joining Christie’s who have been private for two decades and therefore neither is obliged to reveal their actual profits.

Sotheby’s private sales turnover was $1.5 billion a 50 percent increase from 2019. in comparison, Christie’s took $1.3 billion still a 57 percent increase. Christie’s usually outperforms Sotheby’s total, but this year the auction house announced sales of over $5 billion. A drop of $800 million, or 16 percent, from its sales of $5.8 billion total in 2019.

Christie’s recorded total sales of $4.4 billion a 25 percent drop from 2019; This was put down to a decrease in live auctions due to the COVID Pandemic.

The singer/actress, Barbara Streisand 78, whose collection includes Matisse and Tamara de Lempicka has splashed out on an early Vincent van Gogh painting titled, Peasant Woman with Child on her Lap (1885) at Christie’s, New York on 6 October.