An Italian Renaissance masterpiece depicting the Madonna and Child (1485), from the studio of Sandro Botticelli has vanished, leaving a trail of intrigue.

The painting valued at $10m was confiscated from the disputed collection of the former Philippine’s first lady, Imelda Marcos, where it was the subject of a lengthy court ownership battle. The case, which was resolved six year’s ago, listed the co-owner of the painting as a small company called ‘Kraken’ but the company says they have no idea what happened to the artwork. The painting was last seen in 2007 at the New York gallery of Lawrence Salander. 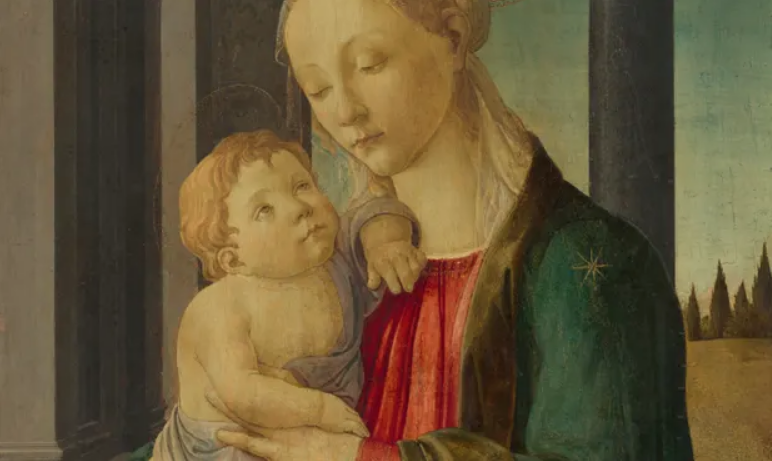 The Guardian describes Sandler as, “the Bernie Madoff of the art world”. He knowingly conned several high profile collectors including John McEnroe as well as the abstract expressionist Robert De Niro Sr, father of the actor, out of millions of dollars. Salander was jailed in 2010. His creditors claimed ownership of works he had stolen. One of the these was the Botticelli.

Wayne Thiebaud was born in Mesa, Arizona, in 1920, and was raised in southern California. He admired cartoons and comic strips from a young age and began his career as a commercial artist in his teens. He worked as a sign painter and apprenticed as an animator for The Walt Disney Studios before serving in the United States Army Air Force during World War II.

By the early 1960s, Thiebaud had begun painting the works for which he is best known. Rather than painting from life, Thiebaud represented these objects from memory, drawing from nostalgic recollections of bakeries and diners from his youth and contemporary commercial imagery.  In 1962, Thiebaud achieved critical and commercial success with his breakthrough show at the Allan Stone Gallery in New York.

Alongside his landscapes and portraits, Thiebaud continues to paint his signature still lifes of everyday items. Experimenting with colour, texture, light, and composition, he has repeatedly tackled the same subjects to challenge and explore the formal possibilities of painting. He continues to live and work in Sacramento today. – Acquavella Galleries 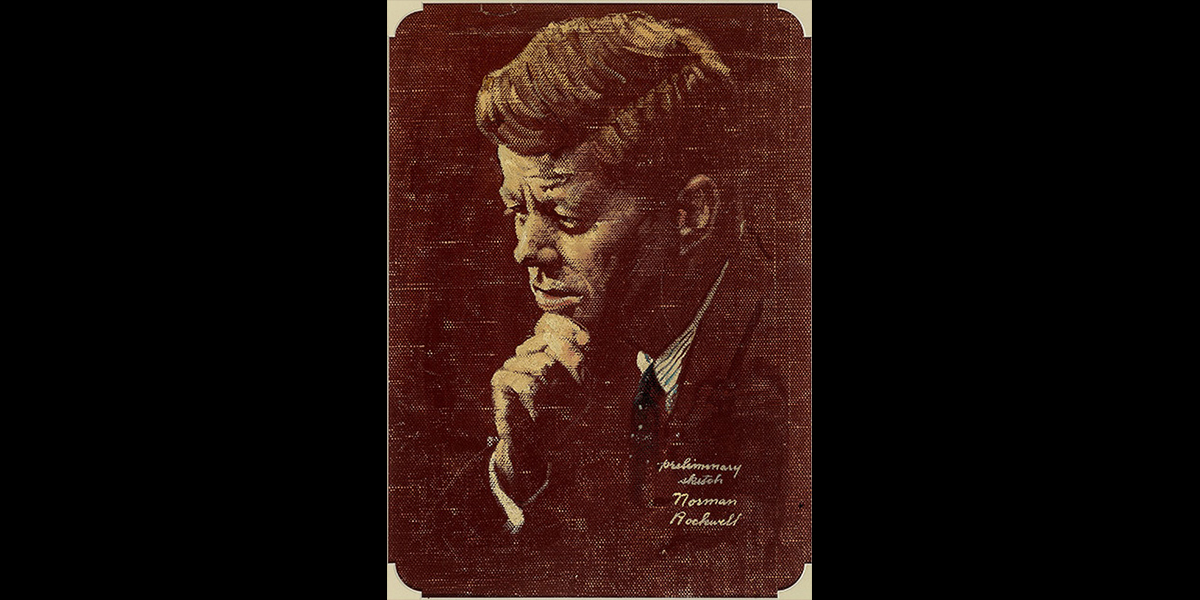 Norman Rockwell portrait of JFK Goes Under The Hammer

When John F Kennedy first sat for a Norman Rockwell, he was a 43-year-old two-term senator from Massachusetts with aspirations for the highest office in the land.

The illustrator had been asked by The Saturday Evening Post to paint both presidential candidates of 1960, Kennedy and Richard Nixon, and was dispatched to the Kennedy residence in Hyannis Port to get to know his subject. The result, Rockwell would later say, was a portrait of a man whose expression was “serious with a certain dignity, but relaxed and pleasant, not hard.” The radiant painting, later reproduced innumerable times, first appeared on the October 29, 1960, issue of The Post — then, again, on December 14, 1963, surrounded by a mournful black box.

“Seeing it for the first time was a very emotional experience,” says Aviva Lehmann, Heritage Auctions’ New York-based Vice President and Director of American Art. “When I was first notified of it, I stood up and said, ‘Oh, my God, I know this image.’ Because we all do, seeing it, I got goosebumps.”

The second time Rockwell painted John Fitzgerald Kennedy was in the spring of 1963, as part of a series of Post covers depicting world leaders grappling with mounting crises in their regions. Kennedy’s woes by then were myriad, ranging from the Cuban Missile Crisis to the escalating conflict in Vietnam to his tenuous relationships with some world leaders. The headline for that issue presented “A Worried President: The Crisis in His Foreign Policy.”

Rockwell’s painting of the president for April 6, 1963, Post cover is anything but relaxed, radiant or pleasant. It has been seen in public only once, in 1988, when it was displayed at the Bennington Museum in Vermont as part of its “Paintings by Norman Rockwell” exhibition. Since then it has resided in Philadelphia with a collector now eager to share this storied piece of American art with a new owner.

This piece, committed to large-weave canvas imitating a photograph’s pixels, is muted, with the young president rendered in brown and gold, as though obscured by shadow and lit by fading sunset. Kennedy’s brow is furrowed; his chin rests upon his right hand, suggesting a man lost in thought and worry. The work is meditative, sombre, tense — very much in keeping with Rockwell’s later works that suggested yesterday’s golden promises were today’s broken ones.