Much has been written recently about the problems of the mid-level gallery, and indeed the roll-call of spaces that have closed in the last three years makes grim reading. While the biggest dealers – such as Zwirner, Gagosian or Hauser & Wirth – continue to extend their global empires, smaller players are struggling. Low foot-fall and rising rental costs, coupled with the need to attend expensive art fairs, are putting increasing pressure on their bottom lines. In London alone, well-regarded dealers such as Ibid, Vilma Gold, Limoncello, Rokeby, Carol/Fletcher and others have all closed.

There is, however, an innovative project which seeks to offer a new solution to this problem, taking shape in London. Originally the brainchild of art dealer John Martin – a victim like others of rising rents in his Mayfair gallery, forcing him to move upstairs – the Cromwell Place art “hub” will offer, when it opens in early 2020, exhibition spaces, offices and viewing rooms, on-site art storage and member’s club rooms. 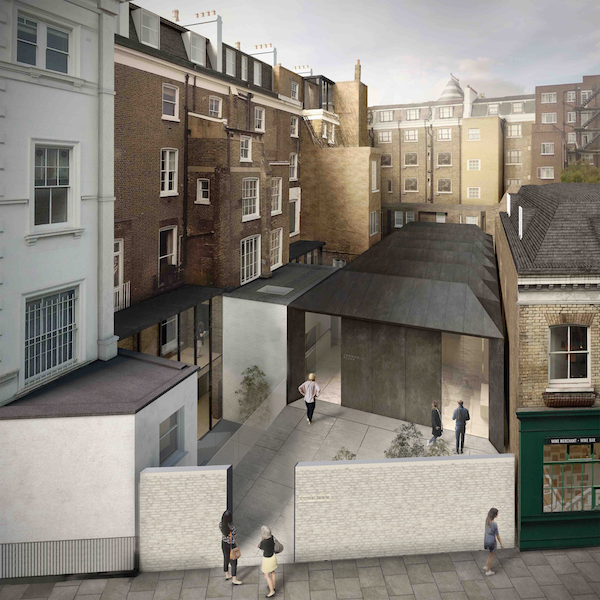 The hub is housed in a block of five 19th-century townhouses, one of which was previously the studio of the Irish artist Sir John Lavery. It is in London’s “French quarter” of South Kensington right beside the French lycée and in the midst of “Albertopolis”, a museum cluster established by Queen Victoria’s consort Prince Albert.

Inside the townhouses are up to 16 exhibition spaces which members can hire for temporary exhibitions, along with 25 office spaces, plus other facilities including storage and hot-desking. The whole project is costed at about £20m, and Martin has teamed up with property investor South Kensington Estates to develop the buildings.

The concept falls between an art fair – something John Martin knows about, having founded Art Dubai in 2007 – and a fixed space. As Martin says, “The problem with fairs is that you exhibit for five days, and then you leave and there is nothing left of your presence.” In Cromwell Place, an art gallery can put on shows a few times during the year and maintain a permanent space in the offices even when there is no show taking place. It can receive prospective clients, use the viewing rooms and store art as well as using the club rooms for entertaining.

It is a membership organisation with a committee tasked with looking at applications and ensuring the quality of the art shown and a collaborative atmosphere. The committee is composed of existing members- art dealers and gallerists alike and I am the chair.

So, who is likely be in Cromwell Place, and what will they find? Overall, it offers 4,000 m2 of space, with exhibition rooms of different sizes, from 20 m2 to 214 m2. The idea, says May Calil, Membership Director, is to have an ever-changing roster of shows that keep the space exciting and fresh for both members and visitors.

The project is likely to be of particular appeal to out-of-town dealers who want a presence in London without the overheads of a permanent space. But there won’t only be art dealers – other professionals such as art advisors have already signed up, and there are also non-trade exhibitors such as the Sir Denis Mahon Charitable Trust, which will show Old Master paintings. 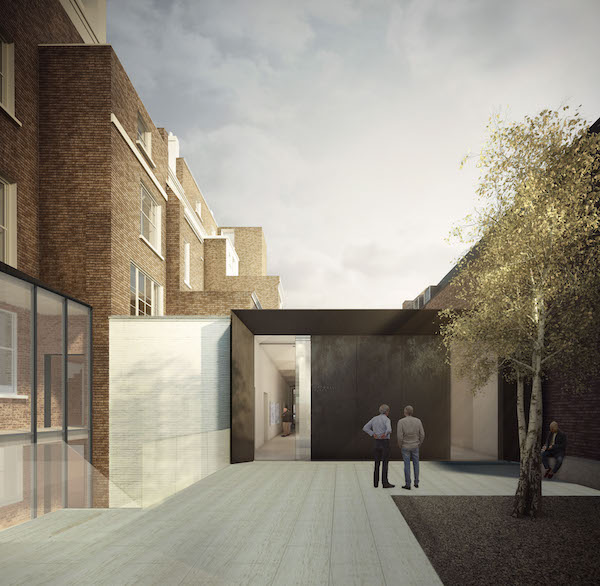 The first round of applications has already been agreed, with New York galleries Lehmann Maupin and Alexander Gray, the German dealer Matthias Arndt, Dubai’s The Third Line and London’s Guy Stair Sainty among those accepted.

So how much will it cost? It depends what applicants want to sign up to. There is a one-off joining fee of £3,300 (+ VAT) once an application is accepted and then different rates depending on the members’ requirements, ranging from £2,200 pa to £5,500 pa. Other services are on top; all costs are on the website, www.cromwellplace.com.

Cromwell Place isn’t for everyone – as a listed building, there are limitations on what the members can do. So an art gallery that might want to pull up floors or punch holes in walls for an artist’s show will certainly not be suitable. However, there is a projected “incubator” programme for art start-ups, as well as opportunities for museums, foundations, project spaces and non-commercial arts organisations to have access to services at reduced or no cost under certain conditions.

There is also the issue of location. South Kensington is still a little scruffy around the edges, although SKE has done a lot already to improve the area. The underground station is one minute from Cromwell Place – although art buyers are probably more likely to come in a chauffeured car than the tube. However, it does have a number of collectors living in the nearby area and the likes of Felicity Waley-Cohen on the advisory board. It isn’t Mayfair – but then other areas of London have proved successful at hosting galleries as well.

What remains to be seen is how Brexit might affect the project. Will it discourage art dealers from moving to the UK? What will the tax situation be?

At the time of writing, the final deal was still very much up in the air and it seems certain that the art trade will not be among the UK government’s priorities. However, London will retain some of the advantages it had before the Brexit vote: its situation between Asia and the US, its language and concentration of deep-pocketed residents. Preston Benson, Managing Director and the Cromwell Place team are confident that the UK will retain its importance as a trading hub for art, and believes that Cromwell Place will be a significant presence, both for art dealers and for other players in the art community.