Jeff Koons has left his long term galleries Gagosian and David Zwirner to be exclusively represented by Pace. The move has come after the world’s most expensive living artist reboots and consolidates management of his sales.

Art is about your own excitement, your own potential, and what you can become. It affirms your existence. — Jeff Koons

Koons had shown with Gagosian since 2001 and with David Zwirner since 2013. “Jeff changed the way we see the world around us and the way we understand our culture and ourselves,” Pace Gallery CEO and president Marc Glimcher said in a statement. “He perceived a cultural shift decades before any of us knew it was underway by propelling through the barrier of elitism that was ringfencing the art world.” 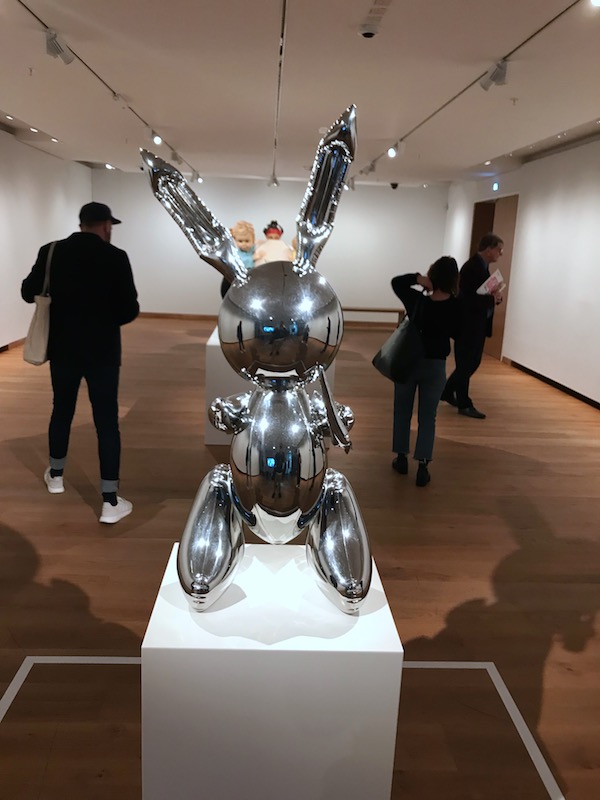 Jeff Koons rose to prominence in the mid-1980s as part of a generation of artists exploring the meaning of art and spectacle in a media-saturated era. With his stated artistic intention to “communicate with the masses,” Koons makes use of conceptual constructs—including the ancient, the everyday, and the sublime—creating luxurious icons and elaborate tableaux, which, beneath their captivating exteriors, engage the viewer in a metaphysical dialogue with cultural history.

Curator, Sir Norman Rosenthal, says: ‘Jeff Koons’s work plays with our memories of childhood and our “educated” cultural experiences as he blends high and low culture, inviting us to challenge the distinction as we gaze at art and at ourselves. Putting his work in the Ashmolean – the first museum in the very heart of academia, Oxford University – we can take his experiment a step further. For those of us willing to share in his visions, Jeff Koons makes art a magical transformation.’

In past years, Koons has been dogged by copyright infringement lawsuits. He was found guilty of copying an idea from an advertisement used by the French clothing chain Naf Naf and fined along with the Pompidou Museum which exhibited the work of art during a retrospective exhibition in 2014. The French advertising executive, Franck Davidovici, who brought the case to court received a total payout of 135,000 euros (154,000 dollars) in compensation.

Born in York, Pennsylvania in 1955, Koons studied at the School of the Art Institute of Chicago and the Maryland Institute College of Art in Baltimore and, receiving a BFA from the latter in 1976. Koons is widely known for his iconic sculptures Rabbit and Balloon Dog as well as the monumental floral sculpture Puppy (1992), shown at Rockefeller Center and permanently installed at the Guggenheim Bilbao. Another floral sculpture, Split-Rocker(2000), previously installed at the Papal Palace in Avignon, Château de Versailles, and Fondation Beyeler in Basel, was most recently on view at Rockefeller Center in 2014. Jeff Koons has received numerous awards and honours in recognition of his cultural achievements. Notably, Koons received the Governor’s Awards for the Arts “Distinguished Arts Award” from the Pennsylvania Council on the Arts; the “Golden Plate Award” from the Academy of Achievement; President Jacques Chirac promoted Koons to Officier de la Légion d’Honneur; and Secretary of State Hillary Rodham Clinton honoured Koons with the State Department’s Medal of the Arts for his outstanding commitment to the Art in Embassies Program and international cultural exchange. In 2017, Koons was made the first Artist-in-Residence at Columbia University’s Mortimer B. Zuckerman Mind Brain Behavior Institute and, also, made an Honorary Member of the University of Oxford’s Edgar Wind Society for Outstanding Contribution for Visual Culture. Koons has been a board member of The International Centre for Missing & Exploited Children (ICMEC) since 2002, and co-founded the Koons Family International Law and Policy Institute with ICMEC for the purpose of combating global issues of child abduction and exploitation and to protect the world’s children.