The Scottish painter, Jock McFadyen RA will be the coordinator of the 251st Summer Exhibition in 2019. This year’s committee members are Royal Academicians Stephen Chambers, Anne Desmet, Hughie O’Donoghue, Timothy Hyman, Barbara Rae, Bob and Roberta Smith and Jane and Louise Wilson. Spencer de Grey will curate the Architecture Gallery. The Summer Exhibition Committee will be chaired by the President of the Royal Academy, Christopher Le Brun.

As coordinator of the 2019 Summer Exhibition, Jock McFadyen intends to build on the exhibition’s momentum of success, where it has provided a unique platform for artists at all stages of their career to present recent work. “The focus this year will be on artwork in all media which responds to the contemporary world. I hope to welcome back many of the artists who have been exhibiting at the Royal Academy over the last few years and look forward to presenting new artists in the exhibition.” 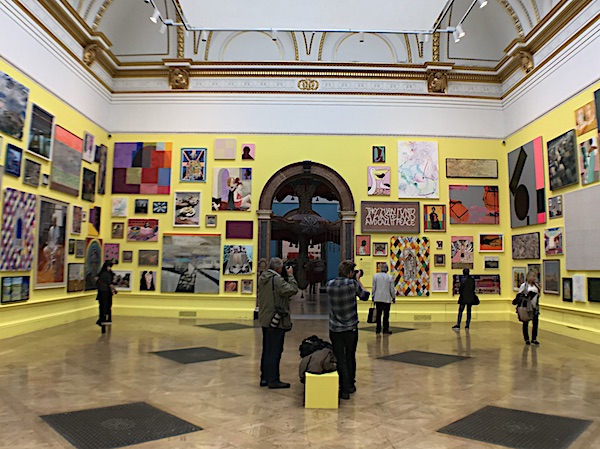 The Summer Exhibition is the world’s largest open submission contemporary art show which has taken place every year without interruption since 1769. The members of the Summer Exhibition Committee serve in rotation, ensuring that every year the exhibition has a distinctive character, with each Royal Academician responsible for a particular gallery space. Works from all over the world are judged democratically on merit, and the final selection is made during the eight-day hang in the galleries.

The Royal Academy now invites artists to take part and submit their work for a chance for it to feature in the 251st Summer Exhibition. Entries are now open: summer.royalacademy.org.uk (Submission deadline: 13 February 2019). This year, the Royal Academy expects to receive up to 15,000 entries. Around 1200 works, in a range of media, will go on display, the majority of which will be for sale offering visitors an opportunity to purchase original work. A significant part of funds raised continue to contribute to financing the postgraduate students at the RA Schools.

Insight will continue its association with the Royal Academy of Arts’ Summer Exhibition. As the stage is set for its 251st year, Jock McFadyen’s appointment as coordinator shall ensure, without question, that the qualities of relevance, accessibility and modernity that define this unique showcase of contemporary art continue to challenge, inspire and endure. Last year’s RA Summer exhibition was coordinated by Grayson Perry.

Jock McFadyen was born in Paisley in 1950. He moved to England in 1966 and studied at Chelsea School of Art from 1973-77. In 1981 he was appointed Artist in Residence at the National Gallery in London and in 1991, Jock made a solo exhibition at the Imperial War Museum in response to the end of the Berlin Wall. In 1992, he designed sets and costumes for Sir Kenneth MacMillan’s last ballet The Judas Tree at The Royal Opera House. He has had over 40 solo exhibitions since 1978, and his work is held by 30 public collections including the Tate, V&A and the British Museum as well as private and corporate collections in Britain and abroad. McFadyen currently lives and works in London and Edinburgh. He and was elected a Royal Academician in 2012.