John Giorno whose legendary influence as an artist-poet stemming from the expansive and multidisciplinary nature of his work has died age 82. Sperone Westwater Gallery NY who opened their first solo show of his work on the 5th September announced his death yesterday. Giorno was the subject of Andy Warhol’s 1963-film “Sleep” the five-hour groundbreaking film. Giorno is shown sleeping nude for the entire length of the movie.

Giorno was born in 1936 in New York City. He attended Columbia University and worked as a stockbroker for a short time before meeting Andy Warhol in 1962. A romantic relationship ensued, and Giorno was featured in Warhol’s first film, Sleep (1963). The influence of pop art and Warhol’s Factory are evident in Giorno’s work, which developed out of verbal collages of appropriated texts drawn from advertising and signage. 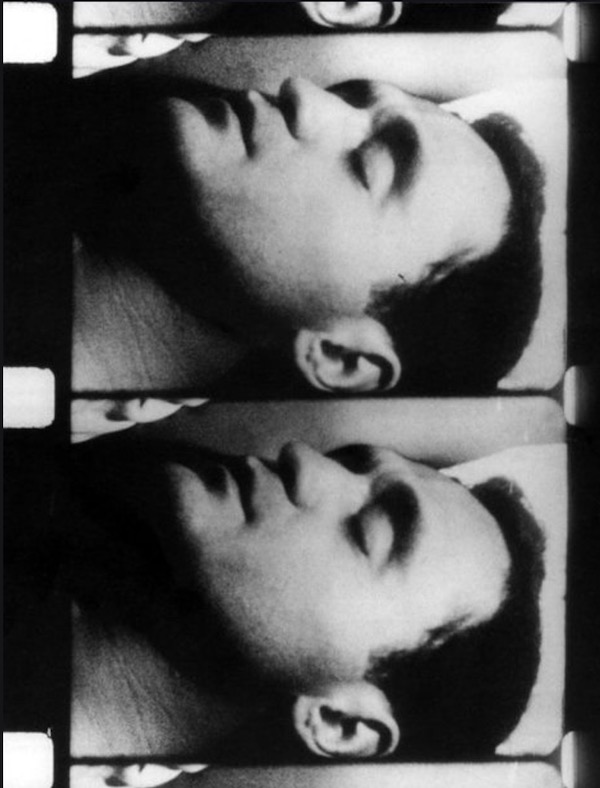 With a career spanning over fifty years, Giorno’s practice grew beyond poetry to encompass film, painting, sound installation and sculpture. An early pioneer of the recorded word, Giorno is best known for his interactive telephone work Dial-A-Poem, first presented in 1968, and included prominently in Kynaston McShine’s watershed exhibition “Information” at The Museum of Modern Art in 1970. Giorno elaborated: “Using the telephone as a new media, I wanted to expand our conception of art and expose poetry to a public who would not otherwise be responsive to it. Also, much poetry is meant to be heard, not merely read.”

Speaking about Giorno and his legacy, Angela Westwater, from Sperone Westwater, “It has been a privilege and a pleasure to work with John. I first experienced Dial-A-Poem in the ‘Information’ show at MoMA, so working closely with him for our exhibition has been rewarding beyond expectation. When installing his last sculpture, NOW AT THE DAWN OF MY LIFE, John explained to me that he wanted the space to be meditative and ruminative, but not somber. I think of this sculpture as an ode to his boundless creativity and zest for life.”

Giorno’s earliest silkscreened works, first exhibited around this time, reconcile Buddhist spiritual texts with a Pop sensibility. His well-known text paintings of recent decades, executed in the trademark font Mark Michaelson developed for him in 1984, feature curt and contradictory messages excerpted from his poetry—imperative, deadpan, sacred, profane. The exhibition will include the largest paintings Giorno has yet made, four-part compositions each measuring nearly ten feet square, with phrases such as “DO THE UNDONE” suspended on silkscreened rainbow backgrounds. Upstairs is a suite of watercolors in pale blue, registering the traces of the artist’s hand, weightless in contrast to the crisp perfection of the paintings.

The work of John Giorno embraces two disciplines: poetry and art, which have been a source of mutual fascination and inspiration for the artist. Harboring a close kinship with William Burroughs, Robert Rauschenberg, and Andy Warhol, Giorno is recognised today as one of the most influential poets of his generation. He is also considered the inventor of Performance Poetry, and of Dial-A-Poem – a free telephone line to connect listeners to recordings of original works of poetry. Giorno’s words transform to images in his Poem Paintings which are short excerpts from his writings, phrases that have continually haunted him. At the crossroads between poetry, visual arts, music and performance, Giorno’s work directs itself toward a broad public, redefining the capabilities of poetry and linguistic form.

His recent retrospective exhibition, “I Love John Giorno” was at Palais de Tokyo, curated by his husband, the artist Ugo Rondinone.