The V&A has announced a major gift of 63 photographs by Linda McCartney, generously gifted by Paul McCartney and his family. The photographs trace Linda McCartney’s career across four decades, from the 1960s to the 1990s. The collection encompasses portraits of music legends The Beatles, The Rolling Stones, and Jimi Hendrix, as well as pictures of flora and fauna, and intimate personal portraits, including the McCartney family on holiday. The gift marks the first time that a selection of Linda McCartney’s original Polaroids have ever been made available to the public.

Linda McCartney embraced myriad photographic processes and techniques, and the gift includes lithographs, bromide prints, cyanotype prints, platinum prints, photogravures, hand painted prints, contact sheets and Polaroids. This significant gift dramatically increases the V&A’s existing Linda McCartney holdings, which include Self Portrait in Francis Bacon’s Studio and Horse in Landscape, as well as two portraits of Yoko Ono. These pictures join the National Collection of the Art of Photography, held at the V&A. It is one of the largest and most important collections of historic and contemporary photographs in the world. A selection of Linda McCartney’s photographs will go on display in the V&A’s new Photography Centre, opening to the public on 12 October 2018. 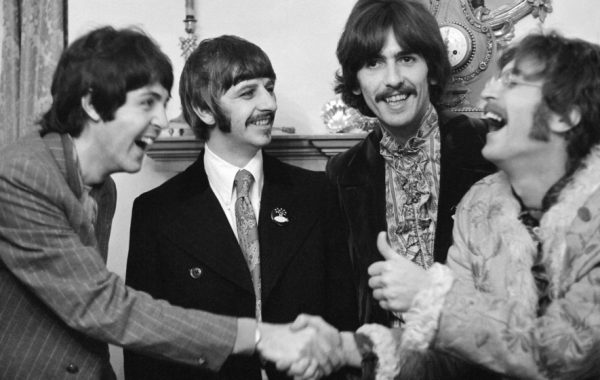 Martin Barnes, Senior Curator of Photographs at the V&A, said: “Linda McCartney was a talented eye-witness of pop culture and explored many creative approaches to artistic photography. Her camera also captured tender moments with her family. This exciting gift of photographs complements the museum’s collections of photography that ranges from documents of performance to fine art. Our greatest thanks go to Sir Paul McCartney and his family for this incredibly generous gift.”

Linda McCartney’s approach to photography was instinctive, believing it to be much more than a technical skill. She was inspired by the photographs of Walker Evans and Dorothea Lange, and the way in which she believed they captured the character of each subject. She took this approach in her own photography, especially in her portraits of rock and roll musicians. Linda was keen to go beyond the public persona, to get under the skin of her famous sitters, and capture “every blemish, every bit of beauty, every emotion”.

Linda McCartney was voted US Female Photographer of the Year in 1967. The following year, she became the first female photographer to have her work featured on the cover of Rolling Stone magazine with her portrait of Eric Clapton. In 1974, both her life in front of and behind the camera converged, when she appeared on the cover of Rolling Stone with her husband, Sir Paul McCartney. She was the first person to not only have photographed Rolling Stone’s cover, but to have appeared on the magazine’s front cover herself.

Opening on 12 October, the first phase of the V&A Photography Centre is designed by David Kohn Architects. The centre will more than double the space devoted to photography in the museum and display a rotating selection of historic and contemporary photographs telling the story of the medium from the daguerreotype to the digital. It will also include a screening room, an interactive camera handling table, digital installations, stereoscopic viewing stations and a space for newly commissioned works. It is part of the V&A’s FuturePlan development programme to revitalise the museum’s public spaces through contemporary design and the restoration of original features.
Linda McCartney (1941–1998) was born in Scarsdale, New York. She graduated from Scarsdale High School, Westchester County, New York in 1960, and went on to study at the University of Arizona, majoring in Art History. Linda became a professional photographer in the mid-1960s and went on to photograph many leading musicians of the time including Jimi Hendrix, The Rolling Stones, The Beatles, Aretha Franklin, Neil Young, among others. Following her marriage to Paul McCartney in 1969, Linda’s photographs became more intimate and experimental. She worked with printing processes such as cyanotypes and Polaroid transfers, producing emotional work exploring the natural world and family life. Her work has been exhibited by institutions including the International Center of Photography in New York, the V&A and the National Portrait Gallery in London.
lindamccartney.com