The Louvre has settled its legal dispute with The Cy Twombly Foundation. The Museum was sued over a ceiling mural by the late painter installed in the Museum’s Roman and Greek gallery.

The quarrel came about when the gallery was unsympathetically renovated

The quarrel came about when the gallery was unsympathetically renovated. Twombly’s Foundation claimed that the changes compromised the artwork and filed a lawsuit against the Museum. In a joint statement issued today, the two parties announced that the Foundation had dropped the lawsuit in exchange for a plan to restore the gallery to its original design.

The renovation caused an international outcry. Sir Nicholas Serota, the former director of the Tate and a current member of the Twombly Foundation board, told the Telegraph last week. “For Twombly,” he said, “the room was a whole.” “If this is not an ‘affront’ to one of the great painters of the twentieth century, I don’t know what would be.”

Last March, the Twombly Foundation expressed dismay that the Louvre redecorated the room, a neutral off white with a worn limestone floor, replacing it with dark rust walls and wood parquet flooring. Many people feel that it is unsuitable and clashes with the ceiling designed by Mr Twombly. 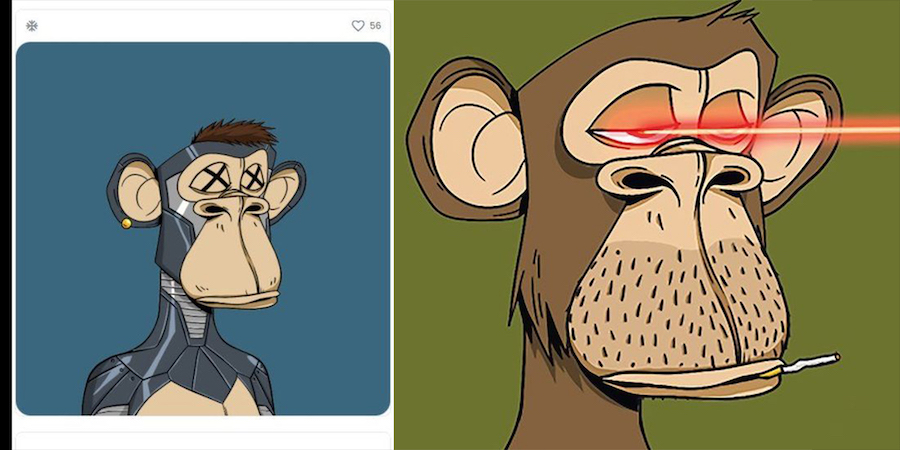 The Bored Ape Yacht Club is a limited edition of 10,000 pieces of digital art, each with variations. Unfortunately, the owner of Bored Ape number 3,547 made a typing error when listing the item for sale online.

The NFT was instantly snapped up by an automated account – and put back on sale at nearly $250,000. The seller, maxnaut, told CNet he had meant to list Bored Ape number 3,547 for purchase at 75 ethereum (ETH), the crypto-currency used for many NFT trades. “I instantly saw the error as my finger clicked the mouse, but… it was instantly snapped up before I could click ‘Cancel’ – and just like that, $250,000 was gone,” he said.

Many owners use their apes as a Twitter/FB/and Instagram profile picture. So when will this mania end… 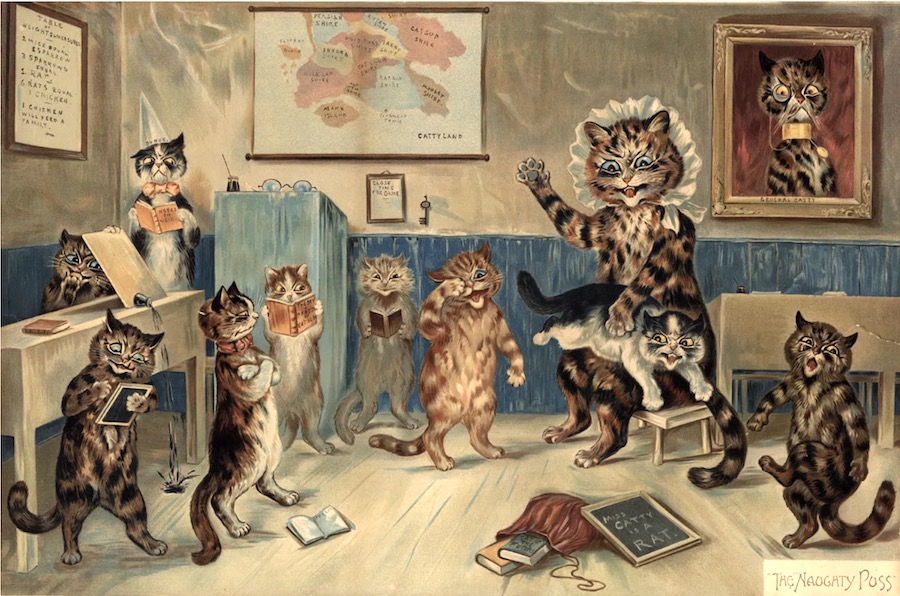 The Bethlem Museum is putting dozens of works by the artist/illustrator Louis Wain on display, anticipating a new biopic set for release in the new year. Animal Therapy: The Cats of Louis Wain reintroduces the public to the splendid work of this lately overlooked figure. It invites viewers to see nature and animals through his eyes, glowing with life and energy, and to rediscover the positive effects of connecting with their living environment.

As well as the exhibition being available to see at Bethlem Museum of the Mind (opening times), you can access an online version. Visitors and well-wishers can also directly support the Museum’s important work in mental health promotion.

Louis William Wain was born on 5 August 1860. His father was a traveller for a textile firm: his mother, of French emigré descent, designed church embroideries and carpets. He studied at the West London School of Art and began his career as an art journalist, drawing many different subjects. However, he eventually became famous for his pictures of cats. From the 1880s until the outbreak of the first world war, the ‘Louis Wain cat’ was hugely popular. Appearing in vast quantities in prints, books, magazines, post-cards and annuals, Wain’s cats are to be found engaging in every form of human activity – from playing cricket, digging up roads, and riding bicycles, to parading the latest fashions at Ascot and making pompous after-dinner speeches at the club.

Despite his fame, Wain never made much money, being highly impractical in business matters, and during the war, he began to suffer real poverty. In addition, although he is always known as being somewhat eccentric, he has now started to develop signs of severe mental disorder. Previously a mild and gentle man, he became increasingly suspicious, abusive, and occasionally even violent towards his sisters with whom he lived.

Eventually, in June 1924, he was certified insane and committed to Springfield Hospital (the former Surrey County Asylum) at Tooting. ‘Discovered’ here the following year, he was transferred to Bethlem Hospital after a campaign by admirers of his work, including Prime Minister Ramsey Macdonald. Macdonald later arranged for the Wain sisters to receive a small Civil List pension in recognition of their brother’s services to popular art.

In 1930 Louis Wain was transferred to Napsbury Hospital, near St Albans. He continued drawing until near the end of his life, and exhibitions of his work were held in London in 1931 and 1937, as well as a memorial exhibition shortly after his death. He died at Napsbury on 4 July 1939.