Fontana Ambient/Environments  is clearly one of the must-see events of 2017 – P. C. Robinson Artlyst

A major new exhibition dedicated to the environments created by the Italian artist Lucio Fontana has opened at Pirelli HangarBicocca in Milan. It once and for all places Fontana’s explorations with space, light, the void and the cosmos firmly at the forefront of 20th-century art. This exhibition also creates a timeline putting Fontana as a seminal force in creating concepts later popularised by artists such as Bruce Nauman, Yayoi Kusama and James Turrell.

The exhibition presents the audience with a walkthrough of several of Lucio Fontana’s celebrated ‘environments’ which unfold in different shaped rooms, corridors, glass walls and labyrinthine. Visitors to the exhibition are given the opportunity to experience for themselves Fontana’s oeuvre investigating the concepts of light and space.

Marina Pugliese, Barbara Ferriani and Vicente Todolí are the three co-curators of this ground-breaking exhibition. Marina the team leader has recreated the most authentic experience of Fontana’s environmental works possible. She is Adjunct Professor at the California College of the Arts in San Francisco and former Director of the Museum of 20th Century Art in Milan. She splits her time between these two major art centres and has faithfully recreated Fontana’s environments from scratch using most of the original materials available to the artist in the Late 1940s, 1950s and 1960s. The team also includes conservator Barbara Ferriani, a lecturer at the Centro di Conservazione Restauro “La Venaria Reale” and the University of Milan, and Vicente Todolí, Artistic Director of Pirelli HangarBicocca and previously Director of Tate Modern in London from 2003-10. This combination of experts has outdone themselves putting together what very well may be the best international solo exhibition of an artist in 2017.

Scholars have only recently begun extensive research into this aspect of Fontana’s working practice, and the show at Pirelli HangarBicocca offers a unique opportunity to see eleven environments reconstructed in full scale and presented together for the very first time. The exhibition has been developed as the result of research into so far unknown historical documents such as personal letters, architectural plans, photographs, magazine reviews, films and interviews with art historians and Fontana’s collaborators. All the traced material has been reviewed and approved by the Fondazione Lucio Fontana.

Among the exhibited works, the show includes reconstructions of key environments conceived for The Venice Biennale, Documenta, and museums, such as the Walker Art Center in Minneapolis in 1966 and the Stedelijk Museum in Amsterdam in 1967. These works were never previously exhibited again.

Lucio Fontana (1899 – 1968) is internationally recognised as one of the most innovative artists of the 20th century. His legendary works have been shown in museums all over the world, and they are represented in many international collections, both public and private, including the Guggenheim and MoMA in New York, Tate Modern in London and Centre Pompidou in Paris.

He extended the boundaries of art through an awareness of new technology, such as neon and UV light, and new media such as television. To introduce these avant-garde concepts, Fontana wrote several manifestos in which he defined his artistic research regarding spatial movement, known in Italian as Spazialismo, which he founded in Italy in 1947. Trained as a sculptor, he introduced the third dimension to his canvases first by puncturing them with holes in 1949 and then, from 1958, but performing his most famous gesture: the Cut.

From 1949 on, Fontana further developed his research into spatial ideas and the third dimension through works conceived inside existing architecture and by collaborating with the most important Italian architects such as BBPR, Figini, Pollini, Zanuso and Carlo Scarpa. The artist would call these innovative and groundbreaking artworks “Ambienti spaziali” (Spatial Environments). The very first of this new type of work was Ambiente spaziale a luce nera (Spatial Environment in Black Light) in 1949, in which a series of swaying phosphorescent elements hang from the ceiling in a completely black exhibition space. 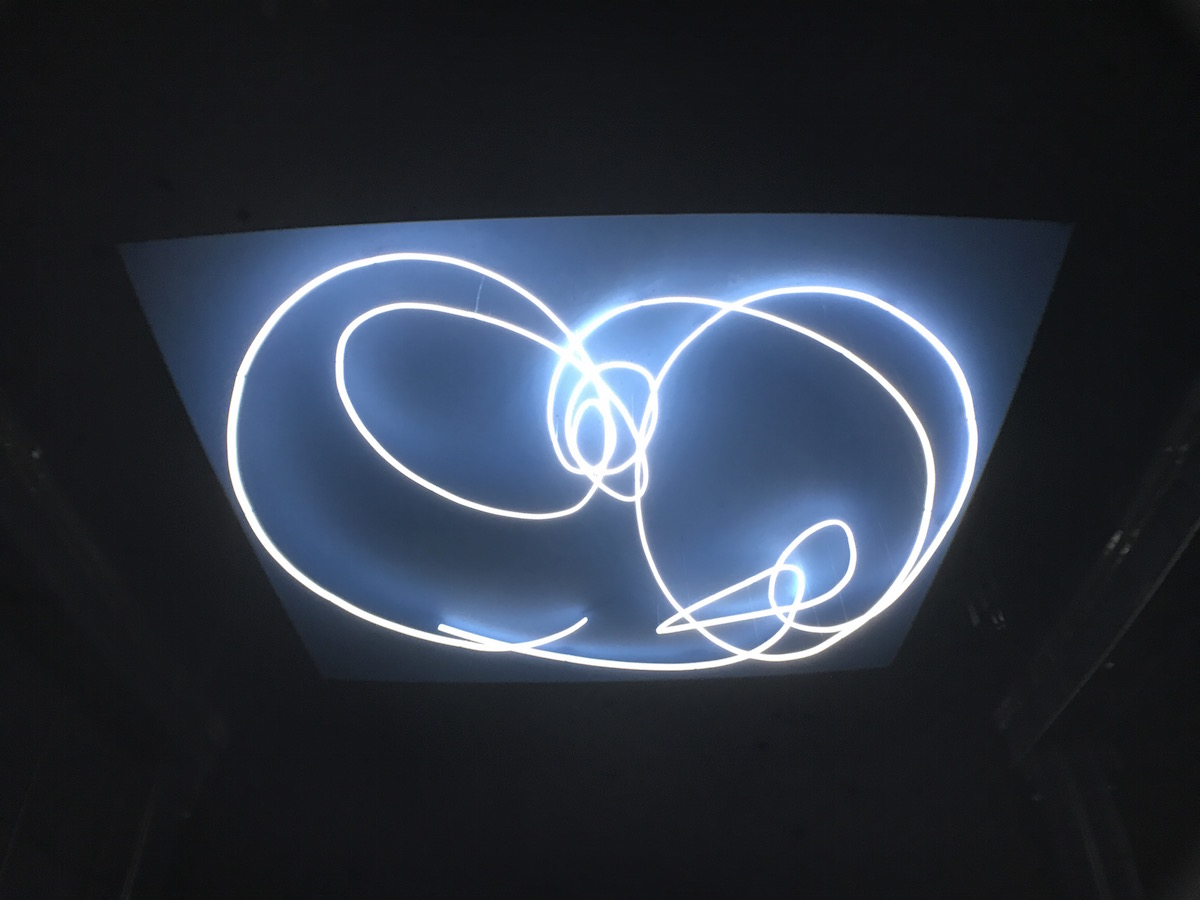 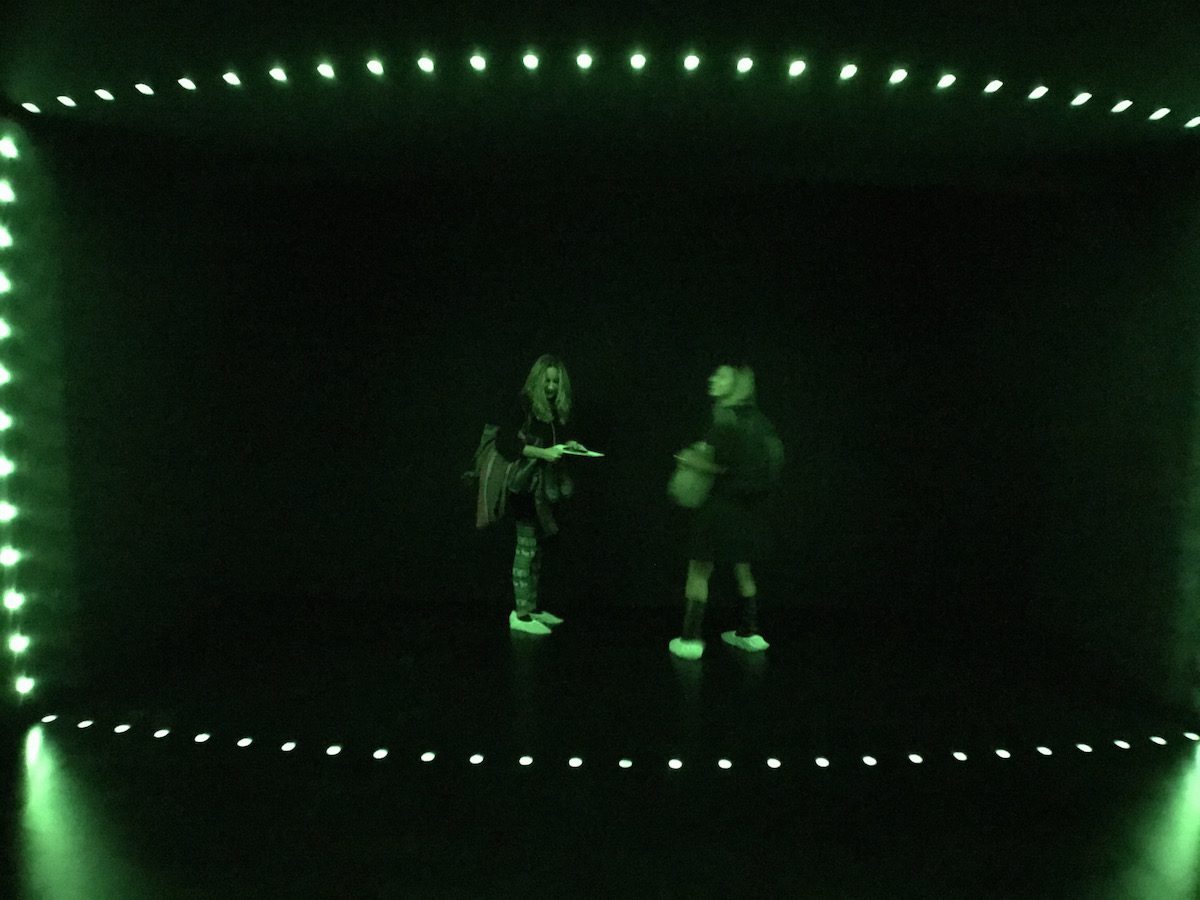 In the Navate space of Pirelli HangarBicocca, visitors will be able to walk through the Ambienti spaziali (“Spatial Environments”), immersive rooms and corridors that offer a unique perceptual experience.  The ephemeral nature of these works meant they were almost always destroyed after they were first shown in exhibitions.  The Environments are Fontana’s most experimental yet least-known works, conceived and designed by the artist, starting in the late 1940s.

Pirelli HangarBicocca is a non-profit foundation, established in 2004, which has converted a former industrial plant in Milan into an institution for producing and promoting contemporary art. This dynamic centre for experimentation and discovery covers 15,000 square metres, making it one of the largest contiguous exhibition spaces in Europe. It presents major solo shows every year by Italian and international artists, with each project conceived to work in close relation to the architecture of the complex. Admission to space and the shows are completely free of charge, and facilitators are on hand to help the general public connect with the art. Since 2013, Vicente Todolí has been the Foundation’s Artistic Director. The complex, which once housed a locomotive factory, includes an area for educational activities, and three exhibition spaces.

This groundbreaking exhibition allows visitors to walk through Lucio Fontana’s Environments, many specially reconstructed for the first time, spanning Pirelli HangarBicocca’s 15,000-square-metre site.  Produced in collaboration with Fondazione Lucio Fontana, Pirelli HangarBicocca presents the largest and most important exhibition devoted to Fontana’s pioneering work in the realm of installation art, with a selection of his seminal Ambienti spaziali—seen together for the first time.