Today’s terrible news, Glasgow council is closing Mackintosh’s iconic Scotland Street School Museum. I despair. Soon there will be nothing Mackintosh left in Glasgow. Ironically the city needs Mackintosh, as a focal point for culture and tourism. Glasgow’s love affair with Mackintosh is far from over.

While we endlessly await a fire report on the inferno that killed Scotland’s most important, beloved and precious architectural masterpiece, events move on. GSA has interviewed for a new director – round one via Skype and round two personal interviews. The decision probably made. (Pray for a strong, principled person.) Architect Gordon Gibb, director of Professional Studies at the famous Mackintosh School of Architecture, continues his fight for truth and transparency. Previously redacted documents reveal shocking facts with startling clarity.  Non-disclosure pay-outs abound. The internal report on the original fire has never been released. Why not? GSA has refused to disclose details of the insurance cover, even to the Culture Committee Enquiry. Why? What are they so terrified of? Meanwhile, I learn more about heartbroken, stalwart staff who soldier on in depleted numbers causing stress to themselves and students alike.

If it were a film, it would be unbelievable. You couldn’t make it up. So what next?

I firmly, totally, believe REBUILDING is the only way forward. Scotland has the skills to recreate what Mackintosh designed. There are accurate measurements to guide us. Anything but a rebuild will only lead to decades of delay and another atrocity like the Reid building, (entirely unfit for purpose,) but in the guise of hotel or student hostel. The welcome decision to rebuild, essential to the city, surrounding community, never mind students, must be overseen by a Trust. 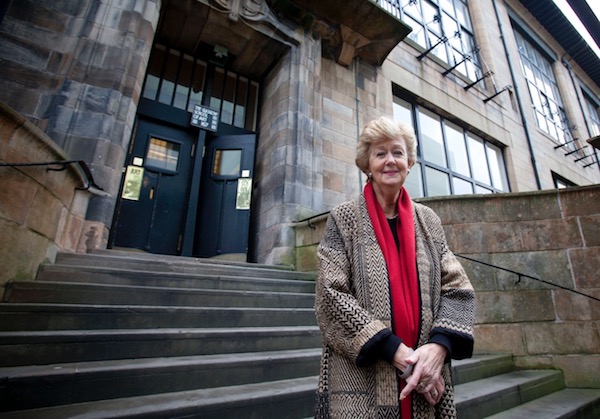 This melodrama has two key aspects. Actual loss of a priceless building. Destruction of the reputation of an esteemed 170-year-old art school. Neither was necessary. Back in the mid-1980s, I well remember proposals to safeguard the future of the Mackintosh building and its funding, it is separate from the GSA as a college, and overseen by a high-level Trust. If ONLY this had been done, likely we would still have the Mack, and Glasgow would be a happier place.

Right now everyone asks ‘Who’s in charge, who will steer this new rebuilt Mackintosh edifice? Who will care for it, manage it?’ Surely not the same people under whose watch there were two fires in four years due to lack of basic care! The same people who delayed fixing a sprinkler system 90% ready, a board who then ripped out the sprinklers, who allowed 50 cans of flammable aerosol to be used, who failed to heed warnings, who ignored advice, who it now seems, allegedly fiddled the fundraising, who sacked their staff, who defamed excellent teachers? No. No!

What will happen going forward cannot be left to the current evasive ‘wall-of-silence leadership’ cabal. This is an issue of national significance. First Minister Nicola Sturgeon and culture secretary Fiona Hyslop must step up, intervene, take control. The public has no trust in the current GSA board with its dismissal charades and perhaps conflicts of interest. Nothing will be solved if things remain the same. The management of the Mackintosh Building has to be a separate entity from the running of the Glasgow Art of School. Positive moves must be made in this direction first for any progress to begin.

The Trust must be led by an unimpeachable outsider, someone of strong moral compass, dispassionate and objective, but with a longstanding love of GSA.

Without a Trust, other options appear. Should Glasgow University take GSA over? Is it hovering eagerly? What about the National Gallery of Scotland, with expertise in exhibitions, art history, restoration & money for things artistic? Maybe a good idea. We need, and in the 1990s tried for Scottish National Gallery representation in the city. Will a recreated Mackintosh Building work well as an art school, as it once did? Or will it be used merely for admin offices? Endless choices once a plan to rebuild are in place and today’s sorry sight of devastation turns into hopeful phoenix rebirth.

Remember Mackintosh did not actually ‘make’ the GSA building. He designed it. Luckily we have accurate measurements and exact architectural plans and specifications available to guide us in rebuilding. Happily, it’s not a difficult or expensive place to rebuild. A simple construction job. Decisions are harder.

Beyond the fires, a deeper malaise has afflicted GSA. There is perhaps much more incriminating detail to come out, but that must wait for a judicial enquiry which can take its time. The vital issue is for GSA, Glasgow, a new director, staff and students, to move forward in the knowledge that the rebuild will begin ASAP; that oversight will exist; that ultimately things will be fixed, honour be re-established and Charles Rennie Mackintosh’s iconic treasure restored to the city of his birth.

As a friend said,” It breaks my heart. Despite the rank smell of toxicity in the air, there are so many devoted and hugely talented members of GSA staff stretched to breaking point trying to meet unfair demands. They are doing their best to nurture so much amazing student talent.” And this is why something must be done.

For not only is Mackintosh an international symbol of Scotland’s creativity and genius, but young GSA graduates continue to put Glasgow on the map. Meanwhile, the ‘Mackintosh industry’ also contributes a vital economic engine for the city. Come on Nicola Sturgeon. Surely you can help before it’s too late?