The internationally acclaimed abstract artist Sean Scully is to launch a major touring exhibition in Russia following a series of highly successful exhibitions in China. The Multimedia Art Museum, Moscow will host the first, opening on 3 November 2017. It will be curated by Russia’s leading authority Olga Sviblova. Sean Scully: Facing East is a career-spanning solo exhibition of works by the artist. The show will travel to the State Russian Museum, St Petersburg from 15 February – 9 April 2018.

“Russia was in Europe, or at least it still should be. We have become estranged. The fundament upon which our modern abstraction stands was formulated in Moscow by the Suprematists and the Constructivists. Times have changed, of course, as they always will.  But Moscow is unavoidable when we discuss our own western art. I am fascinated to be there with my work, and to bring us closer.”; Scully told Artlyst. 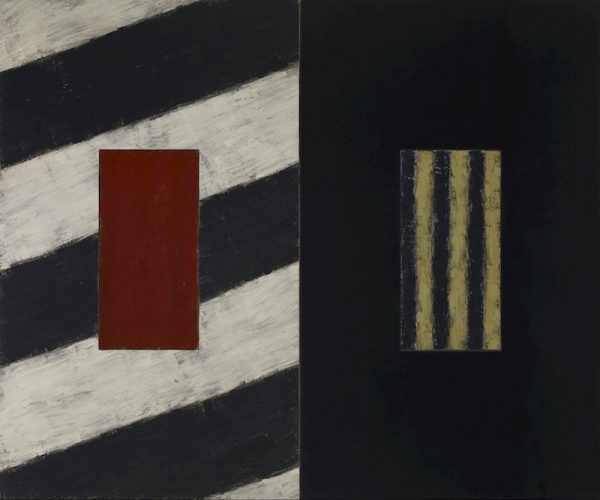 Sean Scully. Facing East, 1991. Oil on linen and steel. © Courtesy of the Artist

This significant show will display over thirty paintings, watercolours, mixed-media compositions, and pastels that are featured in the exhibition chronicle the artist’s rise to prominence as one of the most significant painters of his era. His name, the legendary art critic and cultural philosopher Arthur Danto insisted, “belongs on the shortest of short lists of the major painters of our time.” To move chronologically in the exhibition from work to work—from the sole figurative study in the show, undertaken in 1967, to the spare music of one of Scully’s more recent “Landlines”, created half a century later—is to witness the gradual development of a visual vocabulary that is as distinctive as any in art history. Scully’s deceptively simple schemes of latitudinal and longitudinal stripes, refined over a period of fifty years, are remarkable for their ability to transcend a bold materiality of texture and tone to become, instead, the felt coordinates of an inner landscape: lines of vision.

A catalogue for the exhibition, with a text by Kelly Grovier, preface by Olga Sviblova and foreward by Evgenia Petrova published by Palace Editions, the State Russian Museum will be available at both venues.

Sean Scully was born in Dublin in 1945 and was brought up in London and immigrated to the States in 1975. He currently lives and works in New York and outside Munich. He studied painting at the Croydon College of Art (London) and Newcastle University (England), received a graduate Fellowship at Harvard University in 1973, a Guggenheim Fellowship in 1983, and Honorary Degrees, Doctorate of Fine Arts from The Massachusetts College of Art (Boston) and the National University of Ireland (Dublin). He has been nominated for the Turner Prize at Tate London twice, in 1989 and 1993.