The eighth Annual MTV RE: DEFINE 2019 Art Auction & Gala is honouring the YBA Artist Marc Quinn who has donated two Artworks produced exclusively for the event.

This eighth annual MTV RE: DEFINE Art Auction & Gala, chaired by Sami Abboud, and co-hosted by MTV RE: DEFINE co-founders Joyce Goss and Kenny Goss. Proceeds from the charity auction benefit HIV prevention and education through the MTV Staying Alive Foundation and The Goss-Michael Foundation’s commitment to arts education and awareness through its curated programming. Through generous donations from leading artists and support from local and national philanthropists and sponsors, MTV RE: DEFINE has raised over $12.5 million to date. 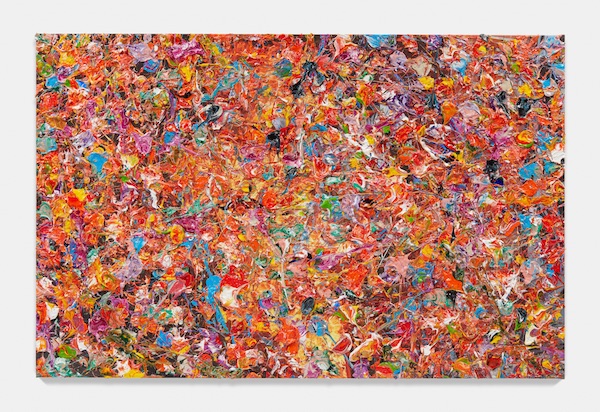 The night includes a benefit auction of twenty-five curated pieces of contemporary art and luxury experiences, a headliner performance by global superstar Rita Ora and an After Party. The activities will take place on Friday, March 29, 2019, at The Statler Dallas, an iconic and historically significant ART.

Simon de Pury, is a Swiss art auctioneer and collector known for his powerful, exciting style of auctioneering and is perhaps the world’s best- known art auctioneer. He is returning this year as the auctioneer for MTV

Jonny Burt and Joe Kennedy, founders of the forward-thinking London-based Unit London, serve as Art Chairs for MTV RE: DEFINE 2019. They have built a gallery which is anything but traditional, garnering a global audience of millions of art collectors, curators and enthusiasts, and becoming amongst the youngest gallerists in London in the process.

Marc Quinn (British, born 1964) is a leading contemporary artist. He first came to prominence in the early 1990s, when he and several peers redefined what it was to make and experience contemporary art. Marc Quinn makes art about what it is to be a person living in the world – whether it concerns Man’s relationship with nature and how that is mediated by human desire; or what identity and beauty mean and why people are compelled to transform theirs; or representing current, social history in his work. His work also connects frequently and meaningfully with art history, from Modern masters right back to antiquity.
Alive is not only working toward an HIV-free world but is doing so by ensuring the conversation is driven by empathy, inclusion and humanity, rather than the stigma.

Quinn came to prominence in 1991 with his sculpture Self (1991), a cast of the artist’s head, made entirely of his blood, which is frozen and kept at sub-zero temperatures by its own refrigerated display unit. It is the purest form of self-portrait (being of the artist – both in appearance and material) but also a comment on Man’s need for infrastructure, as the sculpture is kept ‘alive’ only by a mains electricity supply. This symbolism can be substituted for other forms of dependence, not least addiction – something the artist experienced early in his career.

He has recently announced a major public artwork in aid of refugees, which is gaining international attention. Opening in late 2019 on the steps of the New York Public Library, Odyssey is a not-for-profit artwork by Marc, from blood donated by more than 5,000 people – with half of these volunteers being refugees. Odyssey is made with refugees and to help refugees: it is created to heighten awareness of the global refugee crisis and to raise millions of dollars for those whose lives are affected by it.