Does the new edition of London’s Masterpiece art fair live up to its vaunting name?

The initial omens are not good. As you go into Masterpiece 2018, the first thing that greets you – though ‘greets’ is the wrong word, it stands there as if trying to block your entry – is an installation by Marina Abramovic entitled Five Stages of Maya Dance. It offers a spectral image which appears to be – what else? – The lady herself. An apparition conjured up by a particularly nasty nightmare.

Things get a little better from then on. The main space of the fair, before you get to look at individual booths, is as flashy and glittery as any visiting oligarch might wish. The problem is that, despite all of this flash, anything that might be classified as a masterpiece is conspicuous by its absence. 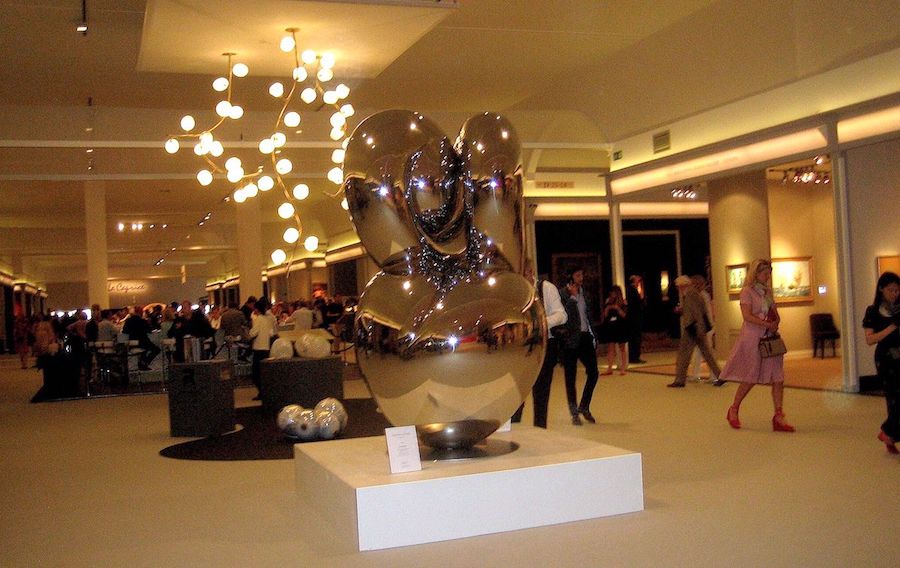 In part, this is due to increasing scarcity. There are other factors as well. The Old Master paintings and posh period furniture that are, or were, the mainstays of traditional art fairs of this kind, are present in reduced quantity. There is currently less demand for grand traditional antiques among the rich. First, they take too much looking after and are apt to go pop in centrally heated apartments. Better to have more relaxing Mid Century Modern, designed by big names in the canon of Modernist architecture. You don’t have to hunt down examples of that, expensive though they often are, at an antique fair. And second, linked to this, taste is anyway moving away from this kind of thing. People wearing expensive, super-comfortable athleisure couture have no desire to stress their kinship with corseted Mme de Pompadour. 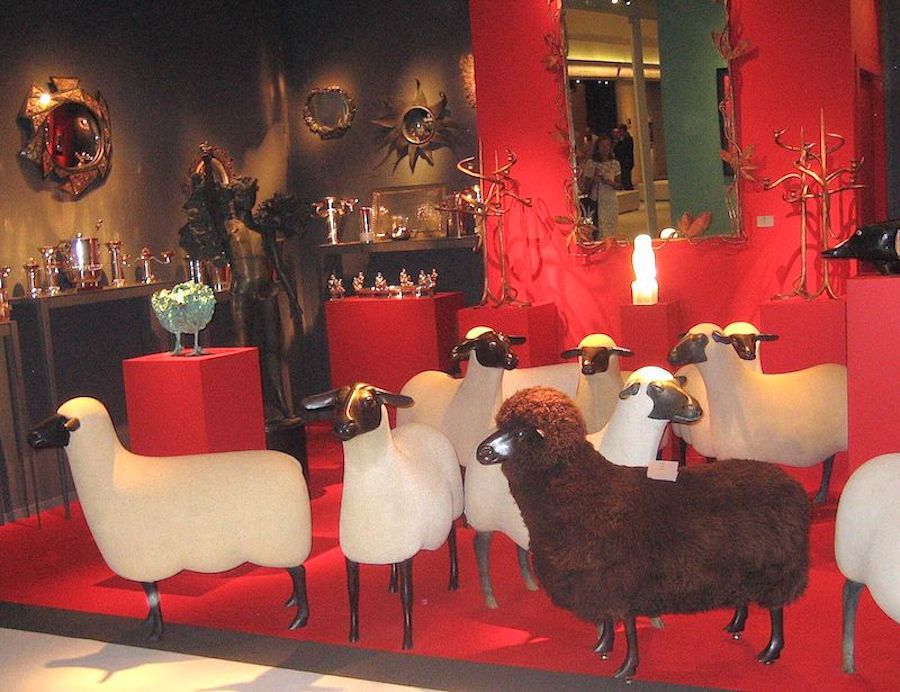 The result, at fairs of this kind, has been a big upsurge of four other categories. First, there’s a lot of bling – grand jewellery, often brand new. Second, there’s bang up to the minute contemporary art, not usually from absolutely top names, or (if by those), not major examples. This is even more obviously the case with top-of-the-line 20th century Modern Movement artists. You may find some nice Matisse drawings or prints, but not a major Matisse painting. That would now be reserved for one of the great auction rooms. Third, there’s a big upsurge in dealers specialising in antiquities, often selling them in combination with contemporary art. These ancient objects carry with them an aura of romance and are often of conveniently small pocketable sizes. Fourth, there are often mystery objects of all kinds.

For me, the most covetable object in the Masterpiece fair was something that looked like a top-class Surrealist sculpture, a not quite human head and torso. The dealer responsible, Art Ancient London, described it as follows: 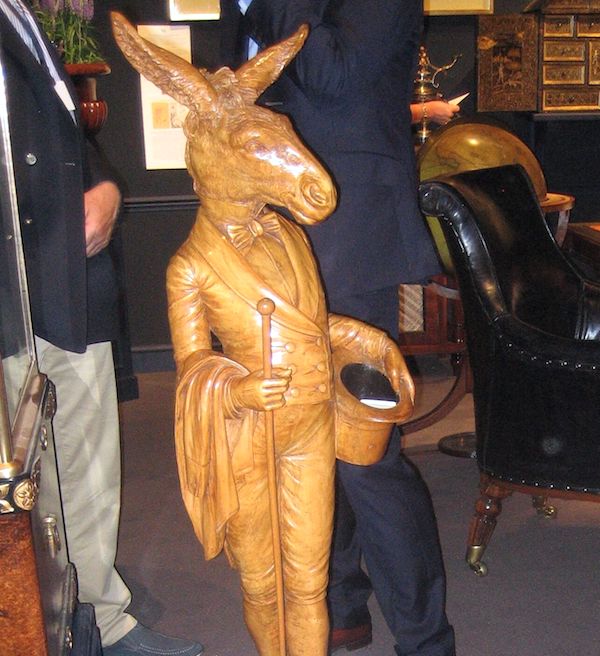 Another favourite was a proto-Surrealist wooden carved hare from the 1890s, human-size, in dandified male costume of the period and carrying a top hat.

And yet another was a luscious model of a cauliflower, standing on two chicken legs.

Masterpiece has established itself in London as one of the world’s leading cross-collecting fairs. It offers works of art, design, furniture and jewellery, from antiquity to the present day. The fair runs 28 June 2018 – 04 July 2018 South Grounds, The Royal Hospital Chelsea, London, SW3 4LW